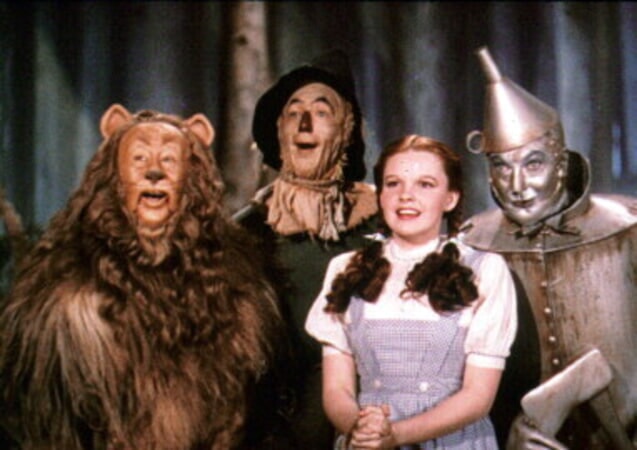 Oh, I Get It, This is the Bad Place

I heard the very fine writer Marilyn McEntyre speak recently about story arcs, the idea of capturing a story as a geometric shape.

Some stories are circles. The Odyssey is a circle. The subtitle of The Hobbit is “There and Back Again,” suggesting a round trip. The Wizard of Oz is a circle, and Jesus’ parable of the Prodigal Son is a circle. Circle stories can be quite comforting. The hero is young and naïve and ready to bust out of whatever backwater he or she comes from, ventures to a distant land, overcomes many obstacles along the way, and eventually returns home older and wiser, to see that all he or she had ever been looking for was right there under their nose all the time. There really is no place like home.

More happily, some stories go down but later rise: the story of Jesus’ life, death, and resurrection moves that way. Or think of this classic understanding of spiritual growth: orientation, disorientation, and reorientation.

Conversely, there are stories that rise and then spectacularly fall. I saw A Star is Born and Bohemian Rhapsody within a short time of each other a couple years ago and felt like I was watching the same movie. Seemingly every rock and roll story moves like this: the band rises from obscurity to success, and later falls apart, done in by some combination of fame and money and drugs and time.

The primary way we’ve been taught to understand Western Civilization, American history, and the Christian life is as an upward slope. We’re always moving upward, always making progress. We make mistakes, learn from them, and get better. I spent the better part of a semester in college reading Horatio Alger tales: every book was a variation on the same poor boy gets rich story. The classic Christian tome Pilgrim’s Progress has an upward slope baked into the title. The challenger in Michigan’s Senate race is running an ad that relies on an upward story arc. He’s African American, and says, “This is the only country where you can go from slave to senator in four generations, and from poverty to prosperity in one.”

I suppose I could write a whole piece about why those words unsettle rather than inspire me. Among the reasons is this: I don’t buy the upward story arc.

If, after atomic bombs and world wars, the myth of unending progress still holds, there’s been overwhelming contrary evidence lately. It’s not just the pandemic and racial unrest. It’s “secret police” in American streets, climate change, our irreconcilable partisanship, our addiction to consumption, our addiction to guns and violence, and the commodification of everything.

Perhaps we’re all in that great scene at the end of the first season of The Good Place when the scales fall from Eleanor’s eyes and she figures out that they aren’t in the good place but the bad place. What if we never have been on an upward trajectory? What if it’s all been downhill? Perhaps our world isn’t the foretaste of heaven we believe it is but actually a glimpse of hell.

A friend who is a retired pastor questioned the concept of sanctification the other day. He said he saw no evidence of spiritual improvement in the lives of his parishioners over the course of decades. “I just wish the redeemed would act more redeemed,” he said, with a sort of whimsy covering his deep disappointment. He wondered, “Why doesn’t ‘the Spirit will teach you all things’ work? We have a thousand different interpretations of everything.”

The Holy Spirit doesn’t need your or my defense arguments, but I see my friend’s point. Is there actually an upward trajectory in the Christian life this side of death? I lean more into Romans 7: “I do not do what I want, but I do the very thing I hate.” The true believers may be science doubters who question the truth of entropy, but they can’t deny the reality of sin.

Why does this matter?

Because we keep imagining there will come a time when everything will somehow fall into place and once again start its inexorable move upward. Many hold out hope that Joe Biden will defeat Donald Trump and everything will be fine with America. Oh they know it won’t happen overnight, but after six months or a year everything will get straightened out. Except it won’t be fine, regardless of who wins in November. Our nation is broken. As Kristin Kobes Du Mez points out in the first pages of her excellent book Jesus and John Wayne, Donald Trump isn’t an aberration, he’s the logical culmination of things that have been brewing for decades. He’s like the cough you get with pneumonia: a problem but also a symptom.

Speaking of disease, there will be a day, we tell ourselves, when COVID-19 will end. No, it’s not going to just magically disappear, but a vaccine will be developed and our lives will all go back to normal. Except that won’t happen. COVID-19 is here to stay. It will outlive every person reading this. And worse yet, it will keep mutating. There’s no return to normal from here.

The pressures on politicians and preachers are too great to expect anything other than the myth of unrelenting progress from them. And let’s face it, optimists are a lot more fun than pessimists. Is there another option?

The poet John Keats provided a much more realistic analysis of our condition centuries ago when he coined the phrase “negative capability.” In a famous letter, he said Shakespeare “enormously possessed” negative capability because he was “capable of being in uncertainties, mysteries, doubts, without any irritable reaching after fact & reason.”

We want our story arc to lead to resolution. It won’t. I love a good story as much as anyone, but am drawn more and more to poetry at this late stage in my life, for just those reasons. In the words of William Carlos Williams: “It is difficult / to get the news from poems / yet men die miserably every day / for lack of what is found there.”

It is possible to hold opposing ideas in our heads and not have our brains explode. It’s okay to embrace paradox and love our country of contradictions. Not everything has to make sense and not every story has a happy ending, or even any ending at all. This isn’t the good place, but it’s not the bad place either. It’s both at the same time.