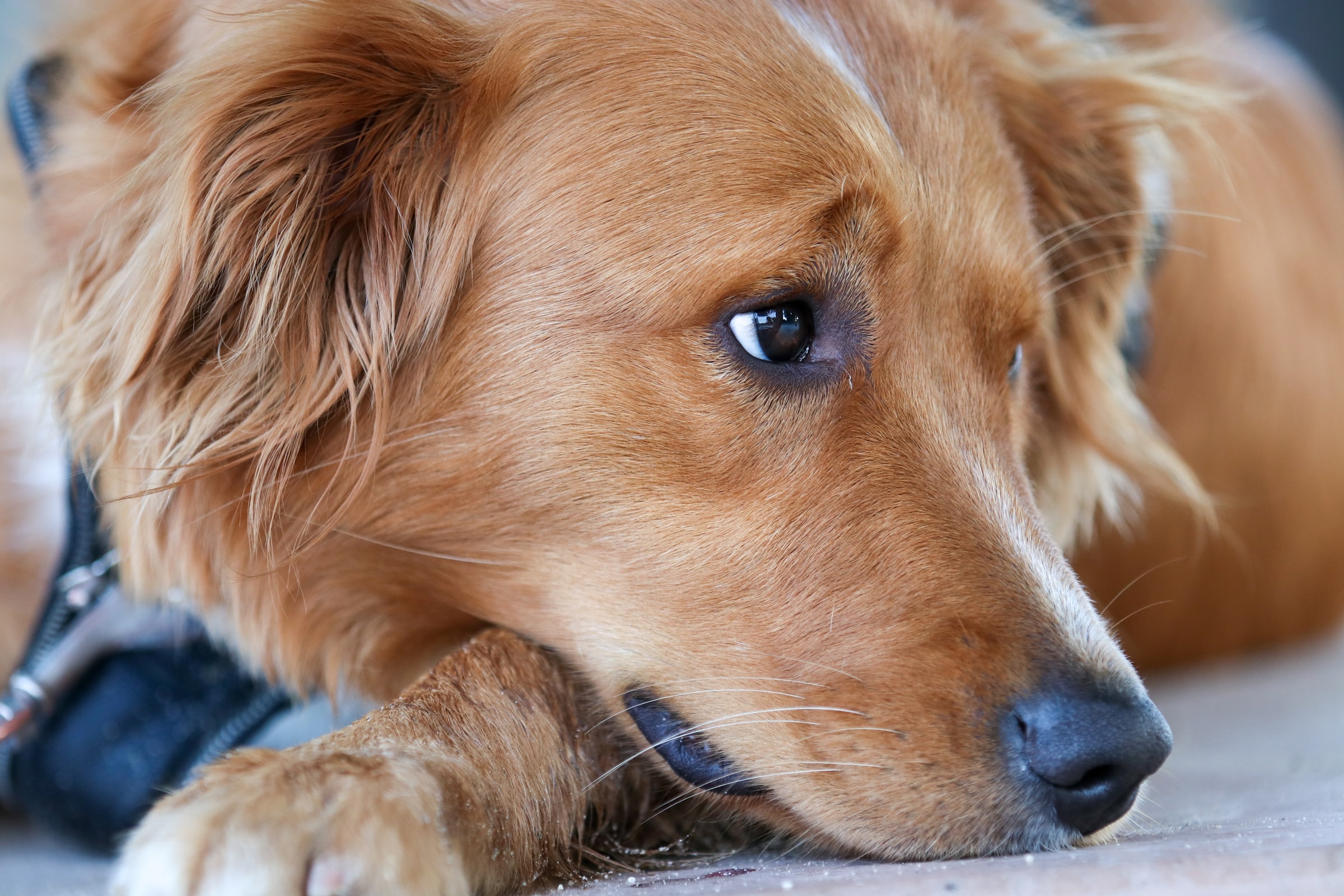 Murray, our three-year-old golden retriever, is a glutton for attention and refuses to be left out of a book discussion group that has been meeting, socially distanced, in our backyard this summer.

We’ve attempted to keep him locked away in the house, but he makes such a ruckus crying, whining and barking, that it’s only a matter of time before my kids inside give in to his pleas, and he comes charging back outside to join the circle of lawn chairs where we’re discussing Jemar Tisby’s book, The Color of Compromise: The Truth about the American Church’s
Complicity in Racism.

While we talk, lament, and confess, Murray likes to wander around the circle, desperate to cozy up next to anyone willing to rub his head.

On one late July evening, while we were deep in discussion, Murray had left the circle and settled in the grass, content to chew on a stick. Suddenly, out of the corner of my eye, I noticed a baby rabbit bouncing just feet from his head. I elbowed my husband sitting next to me, and we both whispered curses and prayers until the inevitable happened and our book club transformed into an episode of Animal Planet, with a wildly squealing baby bunny in the mouth of a fierce predator running haphazardly through our yard and through the middle of our circle. The mother rabbit came bouncing out of the neighbor’s yard to protest and protect just as we convinced Murray to “drop it,” and the stunned baby ran under the low-sitting beach chair of one of the participants.

“Well, where were we?” I asked, once someone had hidden the baby rabbit safely in the neighbor’s yard for the mother to tend.

Weeks before, prior to our first meeting, I had shared with the group Kate Kooyman’s essay from this blog, “This is Going to Hurt.” I remember my own confidence, perhaps even self-righteousness at that moment when I sent the email; I remember thinking, “Yes people, please prepare for this discussion about racial injustice in our West Michigan community, in our
churches, in our lives, to hurt you. Prepare to be exposed, to be called out, to be defensive.”

As one of the people Kate was writing to when she penned, “White folks: racial justice work is going to feel bad. It will shine a light on stuff you’d rather not see, or let others see.”

Self-reflection is often marketed as such a light, inconspicuous procedure. As a teacher, I expected my middle school students to accomplish it without nearly enough explanation, modeling, and practice. Meaningful, honest self-reflection is messy, imperfect, and oftentimes, avoided because it causes pain and requires time, energy, bravery, and a desire for change.

True self-reflection requires me to stop complaining or blaming them and deal with me. It’s not all that fun.

And yet. It’s necessary.

It’s what Tisby is saying in the first chapter of the book we’ve been discussing: “Reading The Color of Compromise is like having a sobering conversation with your doctor and hearing that the only way to cure a dangerous disease is undergoing an uncomfortable surgery and ongoing rehabilitation. Although the truth cuts like a scalpel and may leave a scar, it offers healing and health. The progress is worth the pain.”

We met again last week, two weeks after the bunny incident, and Murray was invited back to the discussion circle. Thankfully, no more rabbits were harmed in the process, though my pride, my self-reliance, and my perspective may have been. And that is exactly what needs to happen.