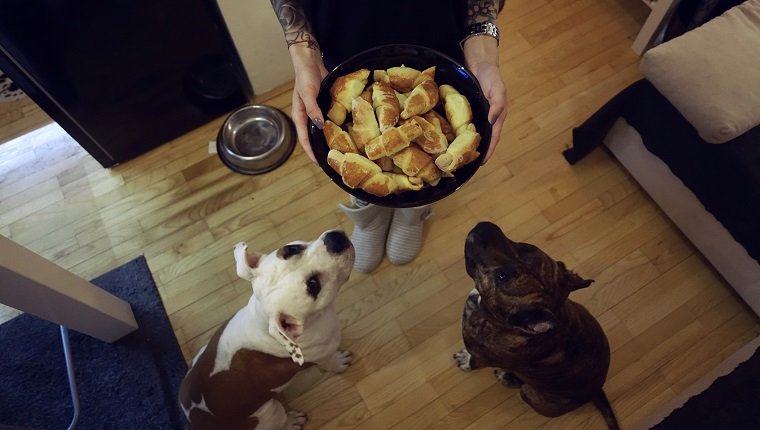 Jesus and Gentiles: Dogs and Bread

It is not right to take the children’s bread and toss it to their dogs.
Matthew 15:26

This is a story with a problem right in the middle: why does Jesus call this pleading Canaanite woman a “dog”? I remember the first time I was asked to preach on this passage as a second-year seminary student, it caused me several sleepless nights.

A woman with a sick daughter asking Jesus for help and he refuses. Why?

If the center of power was a male high priest in the temple in Jerusalem, this woman is about as far from that as you can find: a woman, a foreigner, a Canaanite, with a daughter who is sick, and not just physically, but suffering spiritually from demon-possession. She is a real outsider. Surely the disciples agree she is not a priority.

The key to solving this puzzle for me then and now is the way it is framed by what comes right before and after it: Before this story, in Matthew 14, Jesus feeds 5,000 people, mostly Jews, with five loaves and there are twelve baskets of leftover fragments. Then he crosses over to the other side of the lake, the more Gentile side. And in the beginning of Matthew 15, Jesus talks with some Pharisees about clean and unclean.

Immediately after this story, Jesus feeds 4,000 people, mostly Gentiles, with seven loaves and there are seven baskets of leftover fragments.

Loaves and leftovers are now everywhere and both clean and unclean are fed by Jesus who has compassion for both crowds, the Jews and the Gentiles (Matthew 14:14 & 15:32).

In our story, Jesus says “It is not right to take the children’s bread and toss it to their dogs.” Bam! right between the eyes.

Nevertheless, she persisted and replied, “Yes Lord, but even the dogs eat the crumbs that fall from their master’s table.” Bam! she gives it back as good as she got from him. She is not asking Jesus for a whole loaf, just for some leftover crumbs to her sick daughter.

Some commentators say Jesus was just testing her faith by calling her a dog, or that he was testing his disciples’ faith by expressing out loud what they secretly thought of her and her kind. A few dare to suggest that Jesus learned a lesson from her that day. No matter how you read it, it is a very puzzling exchange. But then Jesus replies, “Woman, you have great faith! Your request is granted.” The bottom line: he healed her daughter.

The literary framing highlights that Jesus fed 5,000 Jews right before this story and then he fed 4,000 Gentiles right after this story. If the 12 baskets leftover represent the twelve Jewish tribes, then the seven baskets leftover must also represent something. In Deuteronomy 7:1, seven Canaanite tribes are listed, the same number Paul mentions in Acts 13:19. Seven represents all the Gentile nations. And the verbs used in both feeding stories are eucharistic: Jesus takes, blesses, breaks, and gives the bread. Thus, the Lord’s Table is now open to both Jews and Gentiles.

All this is found in both Mathew and Mark. Matthew, however, has even a larger literary frame to consider: Matthew 1 and 28. In Matthew 1, Jesus’ genealogy has at least two foreign women: Rahab (the Canaanite prostitute from Jericho) and Ruth (a Moabite) two outsiders who still became insiders. Then in Matthew 28 there is the great commission: “Therefore, go and make disciples of all nations, baptizing them in the name of the Father and of the Son and the Holy Spirit.”

This Canaanite woman, framed by both Matthew 1 & 28 and the two feeding stories, reminds us of Jesus’ own mixed heritage and of his compassion for the Gentiles. Even if Jesus downplayed his Gentile mission in Matthew 15:24, “I was sent only to the lost sheep of Israel,” he still gave the rest of us a Gentile mission in Matthew 28:19, “Therefore go and make disciples of all nations…”

As followers of Jesus, whether as evangelists at home or missionaries abroad, we are just one beggar telling another where to find some breadcrumbs. Instead of fighting with each other about what we think we know about the limits of God’s love, shouldn’t we be reaching out to those who have not yet even heard about Jesus?

With Jesus, there is always enough food, healing, and love to go around, for all kinds of people: our oldest enemies, those we consider unclean “dogs,” and other outsiders living on the margins of society.