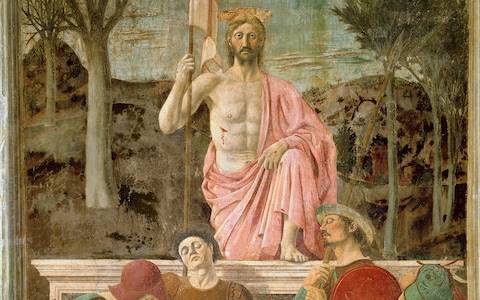 Was the Lord Jesus Immune?

Was the Lord Jesus immune? From illness? Was he invulnerable to sickness during the days that he walked with us upon the earth? When Our Lord touched people to heal them, was he safe from infection? Is that why he could do it? Was he therefore not at risk? Or could he catch a virus?

These questions came to me from the conjunction of our congregation’s responding to the COVID-19 virus with my reading (and enjoying) James Payton’s marvelously illuminating new book, The Victory of the Cross: Salvation in Eastern Orthodoxy (InterVarsity Press Academic, 2019). Payton shows how the Patristic theologians taught that the Lord Jesus was immortal in his human nature, already before his resurrection, by virtue of the union in his person of his human nature with his divine nature.

To be honest, I hadn’t thought so. I’m a Calvinist, and I strictly limit the communication idiomatum (the sharing of Our Lord’s divine attributes to his human nature). I would have said that it was only at Our Lord’s resurrection that his human nature became immortal. But I am not one to contest the Patristic theologians, so I’m going to accept their teaching. Still, what about the implications? If the Lord Jesus was immortal from his birth, does that mean he could not get sick? To suggest that he could get sick but would always beat it feels like a dodge.

I contacted Jim Payton, and he confirmed that, yes, in the Patristic and later Orthodox theology, the Incarnation “placed the humanity of the Son beyond the reach of death and its claims.” But he also told me that the Patristic theologians held back from the implication that his human immortality entailed immunity and invulnerability. And in fact they condemned as heretical (“Aphthartodocetism”) those thinkers who did affirm that implication. Despite their condemnation, doesn’t the logic demand the implication? But consider that in the centuries of sorting out Our Lord’s humanity and divinity in hypostatic union, the church made use of logic but refused to be forced by logic, and often resorted to the Hebrew practice of holding apparently contradictory ideas in tension.

So let’s say Our Lord was immortal in his human nature but not immune or invulnerable. Does that make sense? Can you imagine it? One of my favorite theologians has done so. I’m thinking of J. R. R. Tolkien with his elves. His elves, of course, are the taller, stronger, and fairer version of humanity (without pointy ears). And they are naturally immortal. They never get sick and they don’t age past their maturity. Was the human nature of the Lord Jesus something like this?

It is well known that Tolkien’s elves are his vision of humanity had Adam and Eve not fallen. And as Payton points out in his book, the Orthodox theologians taught that while Adam and Eve were not immortal from the beginning (only God is), they would have become so had they remained in the grace of their calling in The Garden. They were potentially immortal so long as they were obedient and did not sin. And, as Irenaeus taught, if the Lord Jesus is the New Adam, recapitulating Adam, but who did not sin, then his immortal humanity might have been at least functionally immune.

But not invulnerable. Like Tolkien’s elves, Our Lord could certainly be killed. He was killable, if not by illness then by violence—human violence. Indeed, he surrendered his immortality by submitting to the cross. In fact the victory in the Orthodox doctrine of the Atonement, as Payton shows, depends on Our Lord being simultaneously immortal and vulnerable to death.

So I arrive at the conclusion that Our Lord’s immunity was not static, like with the elves. I would rather say it was active, from the power within him, and connected with his covenantal obedience. I’d rather imagine that the power of Life within him, from the Holy Spirit, was actively stronger than the power of any infection to come at him. I take this from the Gospel story of the woman with the flow of blood. She touched the hem of his garment, and, as St. Mark writes, Our Lord “was immediately aware that power had gone forth from him.” If such power was in him to walk on water, such power was for healing beyond mere health.

Do you consider this idle speculation? I don’t, not if the church is the Body of Christ in the power of the Spirit, and it must effect how we do church. And yet our Consistory, in response the recommendations of the Center for Disease Control, has had to suspend worship and close our church until May. Our Consistory grieved this but felt we had no choice. And, as some of our leaders reflected, this goes against all of our instincts and values for our mission.

Agreed, our people are not immune, and we are responsible for their safety, not to mention the safety of people in our neighborhood who use our building for many activities day and night. But we so value sharing bread and wine at Holy Communion every week, and closely blessing children and laying-hands on adults, and our mission is unconditional welcome to whomever is seeking sanctuary and hospitality. And our doors are closed to stop the virus! We’d rather be anointing with oil for healing, as we often do here during worship, and we can’t.

Haven’t Christians often risked their health and safety for mission? In the Te Deum we sing about the “white-robed army of martyrs,” one of whom is now the Chinese physician Dr. Li Wenliang of Wuhan, who died from the virus as he served its victims. What is required of my church, and how shall I lead us? What does it mean for a faith-community to set a moral example and also be a shelter, and yet protect our children and our elderly?

How can we figure out a way to continue to have God’s healing power going out of us, through us, for each other and for our larger community? How can we keep breathing in and out the breath of God? We don’t know yet. Like most congregations we’ve been working almost frantically since last Monday to cope and compensate. How do we find ways to put ourselves at risk, the appropriate risk of mission?

I will not (and Jim Payton tells me I need not) give up the belief that Our Lord put himself at risk when he healed the sick. Maybe Charles Wesley went too far (and violated the extra-Calvinisticum!) when he wrote that the Lord Jesus “emptied himself of all but love,” but Philippians and Hebrews affirm his sharing with us in all things, save sin, including physical suffering.