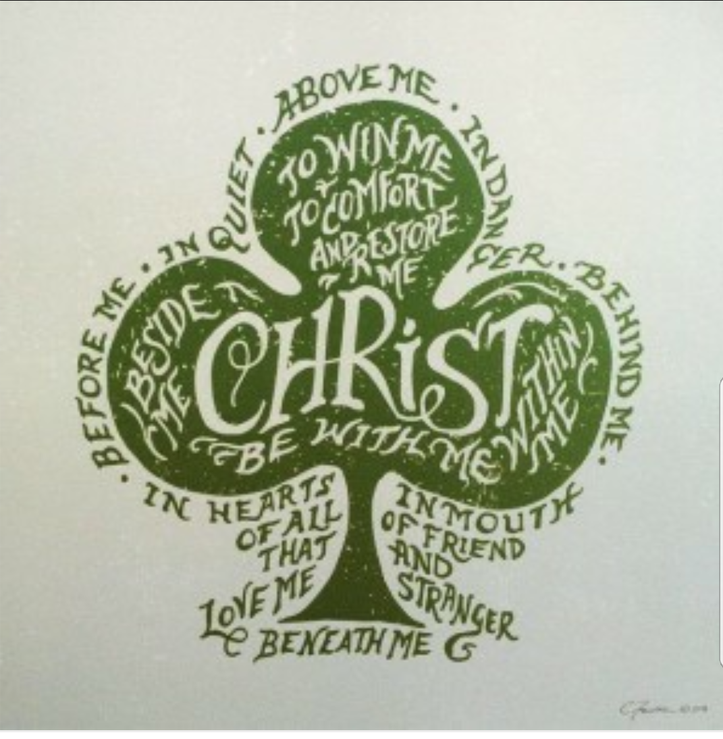 Some years back, before we even had The Twelve yet I think, I wrote an article in Perspectives on a strangely powerful benediction that Neal Plantinga and I had been using for some years.  Now seems a particularly apt moment to recall this article, especially since some colleagues have mentioned it on social media of late.

It was sometime around 2002 or 2003 when Neal and I first encountered this particular blessing.  We were in Atlanta for the installation celebrations when Tom Long became Fred Craddock’s successor as the Bandy Professor of Preaching at Candler Divinity School.  There were several public worship services as part of the multi-day event as Candler used the installation of Long as a chance to hold also a larger preaching conference.  Rev. John Claypool preached at one of those services and at the end gave a benediction that I keenly recall had a great impact on me in the moment.  Thankfully Neal has an incredible memory and was able to recite the blessing almost word for word to the colleague who picked us up at the airport once we got back to Grand Rapids.

There is no definitive version of this blessing but this is how I have been using it:

God go before you to guide you.

God go behind you to protect you.

God go beneath you to support you.

God go beside you to befriend you.

Let the blessing of Almighty God,

Descend upon you, settle in around you, and make its home in you.

When I began to use this benediction at Calvin Christian Reformed Church in Grand Rapids where I was pastor at the time, people quite quickly began to ask for a copy of it.  And then just about every time I did a wedding, the family would request this benediction to conclude the ceremony.  There were also some funerals—including a tough funeral for a very young child—where the grieving family asked that I give “that one blessing you do.”

Neal used it a lot too as he traveled around preaching as Seminary President and a few years later my colleague Roy Hopp set the benediction to music in a choral anthem.   Around that time composer Benjamin Kornelis at Dordt College also composed a choral anthem on this blessing.

Neal at one point asked Claypool where he got the blessing and as I recall he could not remember exactly.  Near as anyone can tell, it appears to be a riff on the well-known breastplate of St. Patrick that also conveys the all-encompassing presence of God in our lives.

In any event, when I used this blessing at a Livestream service Sunday, two of the 8 people who were in the sanctuary told me they were hoping I would use “that blessing” because its message of “Be not afraid” is more than apt in these otherwise fearful times of COVID-19 and its pandemic spread.

It’s a message I need to take to heart too, as my wife reminded me Sunday evening when we were discussing the uncertainty of the days and weeks—maybe even of the months—to come.  Probably there are millions of people in this world who live day to day with some level of uncertainty: where the next meal will come from, whether those planes flying overhead will be dropping barrel bombs on them and their children, whether the water they drink is safe or not.  But many of us have been blessed not to live that way mostly.   We’re just not accustomed to living with an asterisk next to everything.  We’re not used to doing what I did the other day: going ahead a month or two on our kitchen wall calendar and crossing off one event after the next.

And we’re not used to having to stay away from colleagues and loved ones.  Face Time and Skype and Zoom are all great—and let’s admit the world can stay connected better now than had this happened even just 10 years ago when bandwidth and streaming were nothing like they are now—but it’s not the same.

Maybe that is why we can take comfort in the idea that when we cannot be physically present to our fellow congregation members, our peers, our coworkers, our students, God is still that all-encompassing presence that the Claypool benediction conveys in such simple yet lyric ways.

I suppose it counts as an irony that the times when we most need to hear the words “Be not afraid” are simultaneously the times when there is the most to fear.  “Let not your hearts be troubled” Jesus said in John 14.  But he had to say it because he himself was feeling deeply troubled (as he would soon display in Gethsemane) and the disciples had no idea how bad their own troubles were about to get either.