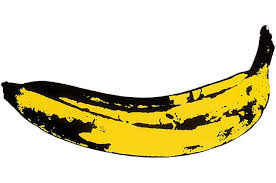 My Fifteen Minutes of Fame

In October, I experienced “fifteen minutes of fame.”

I left a kind and generous congregation to use what little voice I had against American evangelicalism’s zealous obsession with Donald Trump and its willful abandonment of the agenda of Christ and his kingdom.

Shortly after I left my church, I spoke with our local newspaper, which did a story, and that story took wings. The piece was picked up by other news outlets, and then stories about my departure appeared in major American newspapers on both coasts. Suddenly, my wife Alicia and I were living in a whirlwind, and we were hearing the voices of many, many people.

Some of the voices called me a “baby killer” and a pedophile. One guy said, “Have fun working for the Devil.” Other people from my town and faith tradition felt the need to reprimand me. So there’s that.

What mattered most, though, was hearing a voice like Jim’s: “I haven’t attended church in eons,” he said, citing “an attitude” in his church, “now only to be made worse by our nation’s ‘leader.’”

Besides hundreds of responses sent to the newspapers and their sites, we personally received more than three hundred messages like his, delivered via email, text, Facebook, and old-fashioned postal mail. Messages even came to us from Canada, England, and Spain.

I don’t know how they found my wife’s number or mine, but they called. There were phone calls from pastors from around the country, including several African American pastors, who spoke with such love and passion they made us cry. People said, “Thanks for giving me courage and hope” and, “Thanks for helping me know that I can still think of myself as a Christian and not vote for Donald Trump.”

Messages came from young people, dear God, so many young people like Jim, lost and estranged from the church. We cried again and again as we listened to the spiritual pain revealed in the hearts of so many thoughtful Christian people.

We wept because their messages revealed how badly the church had failed them, specifically the shameful, abysmal TrumpChurch.

TrumpChurch shouted “Pro-Life” with regard to unborn babies, but was silent over separating children from their parents at the border. TrumpChurch refused to consider thoughtful engagement over how concepts like “Sanctity of Life” and “Image of God” might apply to compassionate and dignified immigration reform, and instead were quite pleased with cages and a border wall.

TrumpChurch saw vigilante mobs, stoked with belligerence by their leader, circling in their pick-up trucks adorned with his flags, and it saw angry white men with semi-automatic weapons standing on the steps of Michigan’s capital, and thought that was acceptable, even laudable. Yet when it saw disenfranchised crowds of people in the streets, peaceful crowds, then it suddenly freaked out and nodded in stern agreement with Trump’s call for “law and order.”

TrumpChurch was purposefully silent when it observed black men and women shot and choked to death by our own police. It attended Trump’s vicious rallies, and when it heard Trump’s dog whistles to racists, it raised its voice, usually reserved for hymns, and chanted and cheered. TrumpChurch saw this wicked, brutal bully stir up division and hate, and said, “Yeah, but he’s doing so much good.”

TrumpChurch followed the reckless and often crackpot advice of their leader regarding COVID, and thus churchgoers became the most careless, inconsiderate, and dangerous spreaders of the virus among us. It proclaimed, “Faith over Fear” regarding the virus, but clamored for, purchased, and hid behind its guns when facing other threats. It blithely swept aside major biblical and kingdom concerns and said that Trump was God’s man, as evidenced by the stock market.

TrumpChurch refused to use its voice beyond anything but abortion and . . . mammon. In the face of Trump’s increasingly deranged and unhinged behavior, it still willfully and blindly followed him. In all of this, it revealed itself to have utterly misunderstood Jesus and his kingdom. The light it claims to have within it is darkness. As a result it has left behind a myriad of bewildered, troubled, and yearning souls.

Yet, praise God there are many who have not bowed down. As God told Elijah to rise up and get back to work, so this suffering remnant of believers must come out from the shadows and confidently reject TrumpChurch and begin a new Reformation.

Sadly, whether Trump is president or not, a disturbingly large portion of the American Church continues to live and move and have its being in lockstep with Trumpish beliefs. Read carefully what Jim said: he left church because “the attitude” was made worse by Trump, meaning “the attitude” already existed.

From the “offended” camp of voices who contacted me, some insisted that their church is not as political as I am suggesting. No, your church is political. It is the air you breathe, but you don’t notice because you like it and it suits you. You never noticed how much people like Jim are suffering, never noticed when he left, nor wondered why. Nor did you ever wonder why non-Christians can utterly not relate to you or respect you.

So, Jim (and Mary, and Pastor Emmet, and Carissa, and so many others), have courage. Don’t hide or shrink back. Don’t doubt yourself. Your heart has been right to not feel at home in the church in its current lost-ness. Please: YOU be the followers of Christ. Leave TrumpChurch and form new churches, different churches. Not BidenChurches either – just Jesus churches. Know God purely, simply, and beautifully. Pour out the compassion of Christ liberally and abundantly. Use your voice for kingdom things. There is a cloud of witnesses whose hearts beat like yours.

My fifteen minutes of fame showed me that souls are calling out to us for un-shackled freedom from, and for healing from, Trumpism and from TrumpChurch. Go, then, and heal the world: Reclaim and reform the witness of Christ.