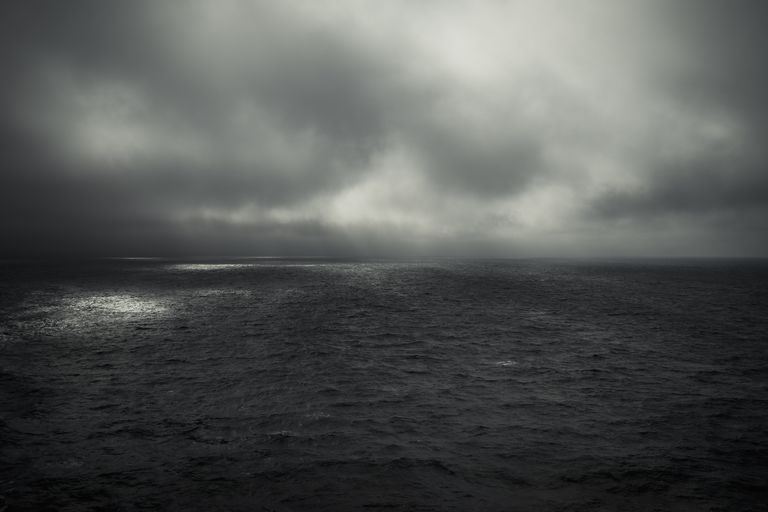 When the disciples saw him walking on the lake, they were terrified, “It’s a ghost,” they said, and cried out in fear. Matthew 14:26

In the first century, it was widely believed that unseen supernatural forces caused most of life’s misfortunes. Some believe that even now. For the twelve disciples, the sea was the home of forces of evil including demons and sea monsters (for the latter, see Genesis 1:21 or Psalm 148:7).

Moreover, the story of Jesus walking on the water takes place between 3 o’clock and 6 o’clock in the morning. First century people “believed stars were living beings, intelligent and powerful, exercising great impact on lands over which they move.” And they also believed that spirits and demons “could influence at will everything below them” (See Bruce Malina, The New Testament World: Insights from Cultural Anthropology, 3rd ed. 104-105).

They believed in ghosts and so they saw one.

Back then every day was like Halloween because ghosts and demons were always running around and ruining things — causing sickness and other misfortunes by their mere presence. Some believed there were more demons than people and so lived in constant fear. When Jesus cured the Gerasene demoniac the evil spirits that came out of him went into 2,000 pigs. Jesus was also seen as someone with power over nature, like when he stilled the storm in Matthew 8.

When Jesus walks on water and invites Peter to join him, Peter does walk on water for a while. But when Peter “saw the wind” he got afraid and began to sink. Maybe it was like the 1888 painting by Ivan Aivazovsy below:

Jesus says to Peter, “You of little faith, why did you doubt?”

Why was Peter rebuked like this? Earlier in verse 27 Jesus said to the terrified disciples, “Take courage! It is I (ego emi). Don’t be afraid.”

But in verse 28 Peter is still not so sure about all this and says terrified from the boat, “Lord (Kurie) if it’s you, tell me to come to you on the water.” His question is really “Is that you, Jesus? Or are you a ghost?” He needs some more reassurance.

Then Peter sees the wind — and the waves, and maybe he thinks about all the sea monsters and demons — and he becomes afraid again. He begins to sink.

How like Peter we are. We believe Jesus is Lord, but then our world is shaken by cancer or Covid-19, or some other ill wind or wave. Then like Peter, we cry out in desperation, “Lord, save me!”

Like believers before and after Peter we say, “Lord if it is you, then please just do this one thing for me.” Then if that one thing doesn’t happen, or it does but doesn’t last long enough, we cry out again, “Lord, save me!”

Psalm 69:1-2 says, “Save me, O God, for the waters have come up to my neck. I sink in the miry depths, where there is no foothold.” Many today also feel like they are drowning in a sea of despair and hopelessness with nothing firm to stand on.

Back on the Sea of Galilee, Jesus immediately reaches out and caches Peter. And when they both get back in the boat and the wind dies down, everyone in the boat worships Jesus saying, “Truly you are the Son of God.”

The next time anyone confesses Jesus as the Son of God it is Peter at Caesarea Philippi, The last time anyone says this in Mathew’s Gospel, it is the Roman centurion by the cross at the death of Jesus when the ground shook, the tombs broke open and the dead were raised (Matthew 27:54).

What will it take for us to say it and really mean it today? Take courage, Jesus is LORD!