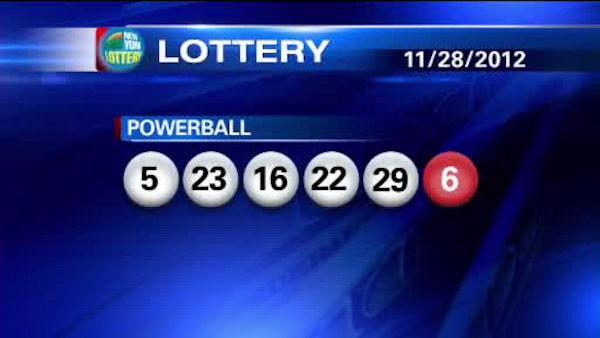 News flash from CNN, just now read it when I opened my e-mail.  “Winning numbers for the nearly 580 million Powerball jackpot are 5-23-16-22-29.  The Powerball is 6.” Thus saith whoever trips those silly ping-pong balls from their spinning, and thus, thus saith CNN.  There is no other breaking news in the in-box, so I suppose that, all over the world, the revelation of those numbers was the most important event last night.

Gambling, games of chance, offered me my very first bite of  skepticism when I was a boy, skepticism borne from faith.  My father rather deeply despised games of chance like BINGO or any form of a raffle.  He thought they were sin.  Even though he was the mayor of the village when I was a boy, and even though he was a World War II vet, he utterly opposed the raffle the Legion staged at the annual Fourth-of-July doings, and I knew it. I was just a kid, but his opposition was nothing he hid away.

Once upon a time, he must have sat me down and explained it, even though I don’t remember that moment.  What I’ve never forgotten, however, is the clearly drawn theology: games of chance were an affront somehow to God’s sovereignty.  We didn’t gamble, we didn’t buy tickets in Oostburg’s Independence Day raffle, we didn’t play Bingo like the Catholics, because we were Calvinists who didn’t believe in chance, who believed instead in providence, that all things come together for good for those who love God.

I sort of understood that. Honestly, it may well have been the very first potent theological lesson of my life because it was the only way I had to explain the weird phenomenon the holiday raffle created. After all, the whole thing was run by my mother’s favorite cousin, a deeply religious man who was something of town hero, one of the best fast-pitch chuckers in the region. Mom thought the world of him, but there he stood–I saw him!– selling raffle tickets.  I didn’t understand that.  After all, he was family. We worshiped in the same church!

And then there was the time my father’s own brother won the dumb thing, the same uncle who’d come into our church on a Sunday evening to tell the crowd who gathered why voting for this brash, young senator from Massachusetts would be simply delivering the nation and our national culture into the hands of the Pope. One Fourth of July, that uncle, an obviously righteous man, took home what might well have been that year, the grand prize, a garden tiller.

I loved my father’s theological explanation, maybe because theology seemed, for once, something more than a classroom exercise.  My father didn’t buy lottery tickets–and I wasn’t to either, for sure–because it was something contrary to the nature of our own faith.  I got that, got it clearly, even liked it. It drew a line in the sand that I could understand. Sometimes when you’re a kid, you like lines in the sand. Sometimes not.

I don’t think I’ve ever bought a lottery ticket, and rarely, if ever, threw down bucks for a raffle. My father’s own determined Calvinism, on that score, is too deeply set in my mind. Once, my wife and I went into a  casino on the Winnebago reservation, gave each other each $20, and proceeded to blow it away within, say, ten minutes, at which time we simply left, bereft of $40 bucks. I didn’t get it.

My wife and I are addicted, it seems, to Parenthood, an ABC series that follows the lives of the Bravermans, from San Francisco. Lately we watch as many a three or four episodes a night, really something for people who only rarely watch TV.  The show is part of a new genre of realistic dramas that wreak havoc on traditional TV expectations: at any time, almost anything can happen, just as it can in real life. Heroes screw up, even die, because in life they do.

It’s a kind of soap, really, following the lives of four Braverman kids who live rather ordinary lives.  Their problems may not be ours in character, but they are in substance and nuance–ordinary people screw up. Shit happens, as they say.

But the Bravermans are basically irreligious, and it’s a kind of revelation to me to witness a family steeped in loyalty and love that is, at the same time, devoutly secular. There’s no prayer, no bible reading, no church, and no one ever talks to their kids about God’s sovereignty or God’s law or God’s morality.  No one ever talks about God at all. Their mutual love is quite extraordinary, even cloying at times, but there’s no God in their world–none, zip, nada. At times, to me, the son of Calvinists, that’s shocking.

I don’t gamble.  Well, we’ve got money in stocks and we’re insured–that’s throwing the dice.  But I’m not among the millions who watch those ping pong balls fall from the basket.  I never bought a lottery ticket, and we don’t spend Saturday night at the slots or the races. That’s my father’s Calvinism at work, I suppose.

But I know good people who do trip off to the casino, so I don’t get on my high horse–and really neither did my father. The catechism, like the Bible itself, can certainly teach you something about love, about what the Navajos call “the beauty way.” But it seems to me that I’d better not get pushy or huffy about it because you never know when your uncle might walk off with a garden tiller.

Somewhere in Arizona and Kansas, CNN says, two people are waking up this morning as gadzillionaires.  Must be something. Makes me smile. This morning, someone’s thrilled.

Don’t know that it’s really breaking news, but this old Calvinist is okay with it.