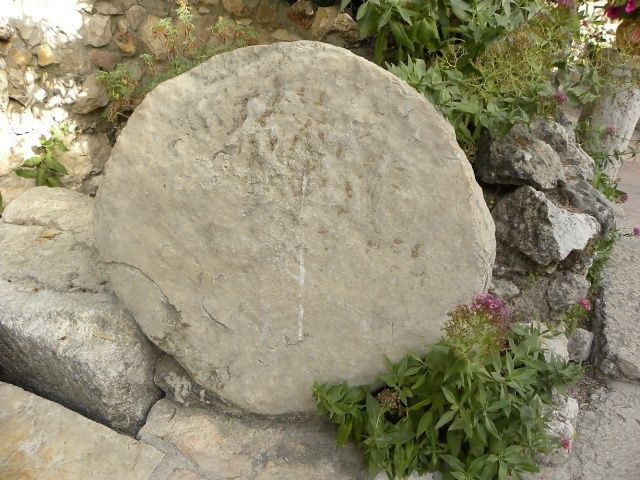 When I was growing up, Easter moved me the least of all the holy days in the church year. I am not sure why this was so. Perhaps I was too young and life too full of possibilities to think much about death and resurrection. Perhaps I contracted a strain of naturalism during experiments in my high school physics lab that made dead people rising seem implausible to me. Perhaps the growing affluence of even modest-income families like mine in the late-fifties and sixties shielded me from suffering and pain and made me think that history was moving inexorably onward and upward.

With the passing of time, however, my feelings about Easter began to change. Again, I am not exactly sure why this was so. Perhaps it was the pulmonary embolism that nearly cost me my life or the corona virus that continues to threaten it. Perhaps it was the dying maple trees I passed on my daily walks through my neighborhood in Holland, Michigan. Perhaps it was the realization that some adults will never be whole again because of the violence done to them as children. Perhaps it was gazing on a hill of human ash at the death camp Majdanek in Lublin, Poland. However the change has come about. My thoughts often now drift eastward toward Jerusalem, toward the empty tomb.

Mark’s story of the empty tomb is especially rich and invites its readers to pause and ponder its images and deeper meaning (16:1-8). He begins his story with Mary Magdalene, Mary the mother of James, and Salome approaching Jesus’ tomb at daybreak. Mark’s reference to the sun’s rising is hopeful and suggestive but strangely at odds with the bleak opening of the story. The rock-hewn tomb and the silence of the hour underscore the finality of what has occurred. Jesus, too, is hard and still. He is dead.

The women had hoped that Jesus was the “Son of man sitting at the right hand of Power, and coming with the clouds of heaven” (Mark 14:62: cf. Mark 13:26-27) to bring an end to the reign of death in all its guises and usher in the reign of God. Yet this would-be, right-hand-man of God was defeated by the very same power that slowly whittles everyone and everything away. Jesus did not get out of life alive.

All the men following Jesus have fled away. Only the women are brave enough to risk their lives and approach the tomb. They carry with them the only elixir frail humans have at their disposal to stay the power of death: spices. Mary Magdalene, Mary the mother of James, and Salome plan to administer aromatic potions to the body of Jesus and gain a reprieve from the stench of death. Yet they know that time will dilute even the spices’ power, for the life of perfume is as fleeting as the life of a loved one.

As the three women near the tomb, their thoughts turn to the stone. “Who will roll away the stone for us from the entrance to the tomb?” they ask. At one level this question voices a practical and immediate concern. A massive stone stands between them and the body of Jesus. They realize that they may not be able to reach the body of Jesus, anoint it, and give it a proper burial.

At another level, however, this question captures a concern that has echoed through the corridors of time. An immovable stone blocks the passageway between life and death. People die, are buried, and never return. All our relationships come to an end, and all our precious moments are forgotten. Love loses. We all want to know: “Who will roll away the stone for us?”

People have always cursed that stone and longed for someone who was strong enough to roll it back, some hero to assail the gates of Hades and break them open. Throughout history and among all the peoples of the world, such heroes have announced themselves, and we frail and forlorn beings are susceptible to their claims. They present themselves as the chosen ones of God imbued with special physical and mental powers. They tell us that their thoughts and actions are perfect. They organize elaborate pageants for us, and we thrill to hear from them that we are racially superior and that our nation is blessed by God and will be great again. Bedecked with our heroes’ colors and clobber, we cheer and chant and celebrate them as semi-divine beings.

Yet the potentates in life are all impotent in death. They all end up like Vladimir Lenin whose body molders in an open, red-granite sarcophagus in Moscow’s Red Square, needing a little hair-dye and make-up to maintain the appearance of life. Thousands of Russians who believed that Lenin was their chosen one file past his open sarcophagus each day, but he never rises to the occasion.

The women’s question, “Who will roll away the stone for us?” is answered unexpectedly. “When they looked up, they saw that the stone, which was very large, had already been rolled back.” The three companions were hoping to find someone on the outside to roll back the stone; they apparently never considered whether someone on the inside could do it. They never considered Jesus.

The death of Jesus was not his end. Mark presents the death of Jesus as his second incarnation. Jesus had left the realm of heaven to enter the realm of earth, and now he had left the realm of earth to enter the realm of the underworld. Mark presents Jesus as breaking down the barriers of the three-tiered world, the barriers between the angels from the heavens above, the humans from the earth beneath, and the dead from under the earth. The women witness the birth of a new and, what must have been for them, an incomprehensible and frightening world order.

Mark ends his story with the angel instructing Mary Magdalene, Mary the mother of James, and Salome to travel to Galilee where they will meet the risen Jesus and to tell Peter and the other disciples all about it. Yet they do not do this. They flee in terror and say nothing to anyone. Flight seems a strange ending to the story, and a strange ending to the original Gospel of Mark.

Yet if we are honest, we all know something of this desire to flee and say nothing to anyone. The empty tomb is not a promissory note of a payment of eternal life to each of us at some point in the future. It is a sign of the coming new world order.

Jesus came to confront the powers of death and call us to join him in overcoming them in all their guises—not only the physical powers of entropy, but also all the economic and political powers that treat the beloved children of God as objects and justify their oppression. Jesus calls us to deny ourselves, take up his cross, and to be ready to offer our lives for this new world order (cf. Mark 8:34-36). Most of us flee from such a call and talk very little about it.