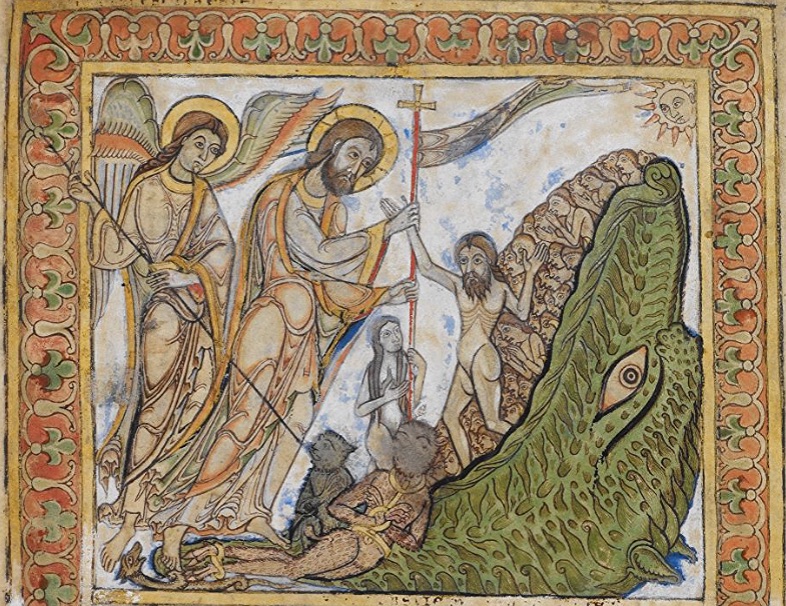 The Silence of Consummation

The Silence of Consummation

Not all silences are the same. There’s a world of difference between the silences of cessation, caesura, and consummation. The first is simply stopping, the second is a break in the noise, and the third is the silence of completion.

What exactly was the second person of the Trinity doing on Holy Saturday? Over time, a tradition sprung up that Jesus, rather than resting, “harrowed” hell sometime between the cross and the empty tomb. Like anyone who goes on a cleaning spree on a Saturday, Jesus decided to tackle the basement. The story got weirder and weirder: a supernatural Rambo, Jesus kicked down the gates of hell, battled demons, rescued Abraham and David, and stepped on Satan like a lumpy and garish floor rug. It is great material for the Marvel Cinematic Universe, but it misses another angle on Holy Saturday.

What if the legends about the harrowing of hell popped up because the Church could not let Jesus rest in the tomb? The idea that Jesus was sabbathing the greatest Sabbath of all time was just too anxiety-inducing. Someone looked at Jesus’s agenda and saw nothing penciled in for all of Saturday and took the liberty of blocking out time for hell crashing and demon thrashing.

But what if Jesus really did nothing on Holy Saturday? In Leviticus 26, the Lord warns the people of Israel that if they do not observe the Sabbath, the Lord will remove the people from the land, and the land will have the Sabbath rest that the people never gave it. When, in the fullness of time, Jesus finally arrived as the Lord of the Sabbath, they killed him. He who was the Jubilee-in-person was rejected and crucified.

I don’t think the world held its breath on Holy Saturday. I think it breathed a huge sigh of relief. It was happy to hold the body of Christ in its embrace. Or, as poet Linda Gregg writes, “There is a hush now while the hills rise up / and God is going to sleep … he lies dreaming in the lap of the world.” As Jesus’s body cooled and began to decompose in the tomb, the world finally got its Sabbath rest.

Holy Saturday is a day to let justification be justification. We don’t have to make work for Jesus, or for ourselves. It is finished. We can let Holy Saturday be the Great Sabbath, and bask in the glorious silence of consummation, a silence which points to the beautiful end of all things. Or, as Augustine said,

Give us peace, Lord God, for you have given us all else; the peace of rest, the peace of the Sabbath, which has no evening… Then you shall rest in us, as now you work in us; and so shall that be your rest through us, as these are your works through us.