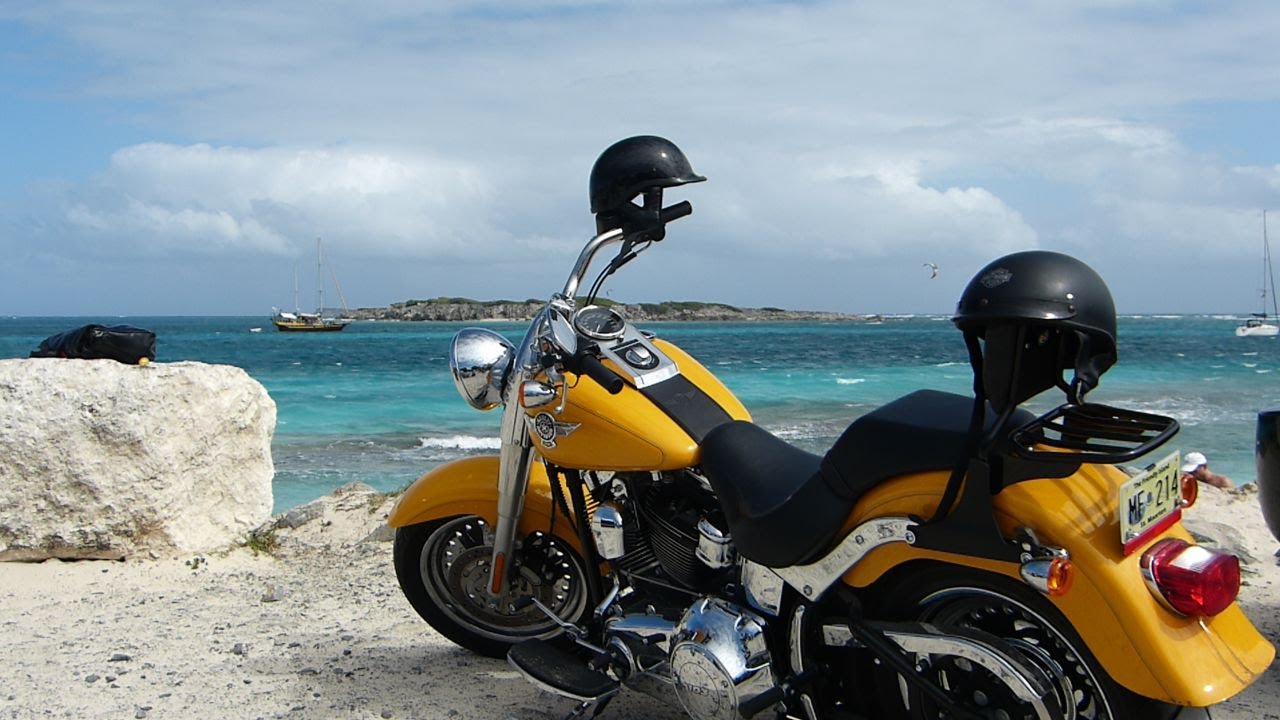 Going to the beach is not the same thing for my wife and me. She loves to be out in the sun and I’ll be in the shade, reading a newspaper. Once while I was escaping into my newspaper, a guy on a Harley pulled up and walked to where I was sitting on a park bench. He just started talking even though I very subtly raised my paper as a token of “Can’t you see I want to be alone? Please go away!”

Ignoring such subtleties, he just kept talking. His dad loved this beach and this was the very spot he most wanted to be. Gradually the story made a full circle from dad’s life to his death. Dad had been cremated but it was time and this son was fulfilling some sort of promise.

The newspaper had slipped downward as the story progressed and ultimately I just had to ask where dad was now. “Oh, I’ve got him on the Harley. Let me go get him.” He returned carrying his motorcycle helmet with a plastic bag of dad’s cremated remains hidden inside. “Put him in there so people wouldn’t think there was something funny going on,” he said as if that was the most normal thing in the world.

Turns out he was going to bury dad in the sand of this most wonderful place. “Turns out I’m a Chaplain,” I said. “Would you like me to pray or something to mark the moment?” He gave me a most peculiar look and then thoughtfully paused. “No,” he said, “but I’m really glad that you are here. How about just being my look-out so I won’t get caught.”

So I watched as he disappeared down into the sawgrass and fulfilled his promise. He shook my hand jubilantly on his way out and said, “Thank you, that was really amazing! I can’t tell you how glad I am that you were here.” And then, he just rode off, leaving baffled me behind trying to figure out what had just happened.

The guy didn’t know me from Adam. We were merely two human beings struggling to handle some really significant stuff, improvising every step of the way. Really strange.

I thought my story was unique until a friend happened to walk right into the middle of a story so similar to mine that it was spooky. A huge number of differences of course but each marked a seriously significant moment of dignity, promises kept, and remembrance. They were the same enthralling drama with a symmetry that laced them together despite the differences of circumstances and characters.

Turns out Jesus has a couple of the same but different stories too. Jesus happened to step into a ton of other people’s dramas or those dramas stumbled onto Jesus. Sometimes it’s hard to tell which actually happened but certainly he was a master of improvisation. He never dealt with ashes on a beach but he was both adept and agile at remembrance, dignity, and kept promises. He was agile and adept on a couple of actual beaches too.

Suddenly a really peculiar set of stories merged into something beyond the scope of my normal. Actually made me reconsider my normal. In fact, I’ve started to wonder if much normal ever existed, especially in adept and agile Kingdom work.

Often when I tell my beach story someone has to tell me their version of the very same thing only different. Often the telling is with awe and tears in their eyes. Such perfect symmetry makes for a Conspicuous Tale. The painfully obvious is disguised by all the creative energy that a good story generates but the symmetry shatters all boundaries between people and makes us one.

Being one is important. His stories demonstrate that Jesus was adept and agile in most of his encounters, even the ones that didn’t go so good. Just exactly like my attempts at being agile and adept. Turns out that either makes him more human like me or I’m more saintly like him. Either way, the call is to be both agile and adept. It’s not the beach that’s important either. The important thing is the baffling encounters. Improvisation morphs the conspicuous need into a tale of shared wonder, outstripping all boundaries until we stand united in astonishment.

A Wall Street Journal article in December 2008 reported on the growing rediscovery of the spirituals sung by African-American slaves. Swing Low Sweet Chariot was cited as a pause that connects backward in order to give us nurture so that the future can be embraced. That’s a Conspicuous Tale in the form of a song. It connects me all the way back to Elijah, passing forward through cotton field realities on its way to satisfying the hungers of my soul. Astonishing!

I’m thinking that is the point. Or, at least one of the points, that every generation finds again for the first time. The point is a call to be agile and adept in response to the culture in which you are planted. True to self by conviction and faith but as ready as possible to be as adept and agile as can be. It could even be literally a beach but most likely it’s someplace else, often far outside the comforts of my personal cocoon.

It’s sacred and it can even happen on a beach with a guy on a Harley.

Today’s guest blogger is Allen Schipper, a retired chaplain in the Christian Reformed Church, and the author of Copacetic (Westbow, 2014). Thanks, Al!