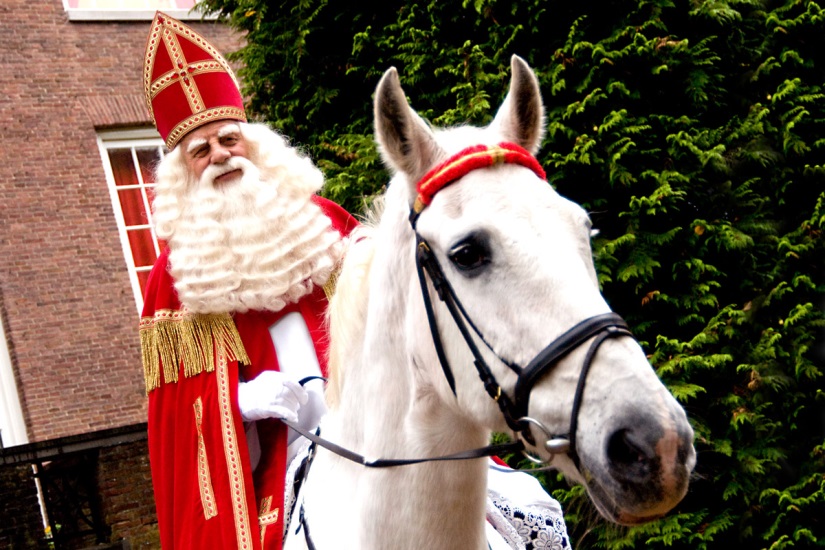 The Voluntary Secularization of Christmas

The Voluntary Secularization of Christmas

The Dutch celebrate Sinterklaas day on December 6th. As someone with numerous Dutch ancestors, I felt the need to celebrate it too. Actually, the word “celebrate” might be too strong.

According to the historical record, Nicholas was born in modern day Turkey and became a bishop in Myra during the 4th century CE. He died in 350 CE and his remains were moved to Bari, Italy in 1087 where they became a popular pilgrimage site during the middle ages. St. Nicholas became known as a guardian for children and a person of generosity, due to legends about miracles performed during his lifetime. Supposedly he gave dowries to three poor young women, resurrected three young children killed by a butcher, and saved the lives of three sailors by stopping a dangerous storm.

So what does any of this have to do with Christmas?

The Dutch celebrated St. Nicholas, or Sinterklaas on December 6, the saint’s feast day. Typically the children would leave out their wooden shoes and hope that St. Nicholas would fill them with coins, candy, and treats. The Dutch brought this tradition with them to the colonies and United States. The English Protestants in early United States’ history would never associate with a Catholic saint, so they re-created St. Nick into the non-religious figure of Santa Claus and celebrated him on December 25th. Clement Moore’s 1822 poem, The Night Before Christmas made Santa Claus into a celebrity that reigns over the Christmas holiday to this day through popular culture.

The story of Sinterklaas encourages the cultivation of generosity and caring for others. But what is the lesson of Santa Claus? Is it a good idea to teach our children to sit on a strange man’s lap and tell them what they want? Or, is the story of Santa Claus a means by which parents exert psychological influence over their children by threatening no gifts for the naughty children and rewards for children who are obedient? Santa (or the Elf on the Shelf) is ALWAYS watching you and your behavior, kids. He knows if you’ve been bad or good, so be good for goodness sake. 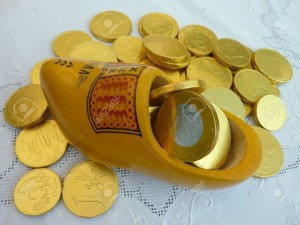 What intrigues me is the way most Americans have accepted Santa Claus as a part of the cultural celebration of Christmas. Some Americans embrace him wholeheartedly and others do not, but there is no real “war on Santa Claus.” I am quite intrigued by the ways that Christians, especially Protestant Christians have accepted this non-Christian figure. Does he remind of us of Advent? Nope. Is he related in any way to the Christian emphasis on the birth of Christ? Nope. Has this Christian saint been secularized? Yes. But apparently that is perfectly fine.
Santa Claus has avoided having a target put on his back by irate Christians upset with the secularization of American culture in general, and Christmas in particular. There is real (or imagined) outrage over people saying “happy holidays” instead of “merry Christmas,” but no horror over a Christian saint who was de-Christianized to be more palatable. Is it understandable that American Protestants didn’t like a Catholic saint? Absolutely, especially during the 18th and 19th centuries when Protestant Americans viewed Catholics with suspicion and animosity. But in the 21st century among Christians, why is there no consideration given to the veneration of a non-Christian legend that has nothing to do with the celebration of Christ’s incarnation?