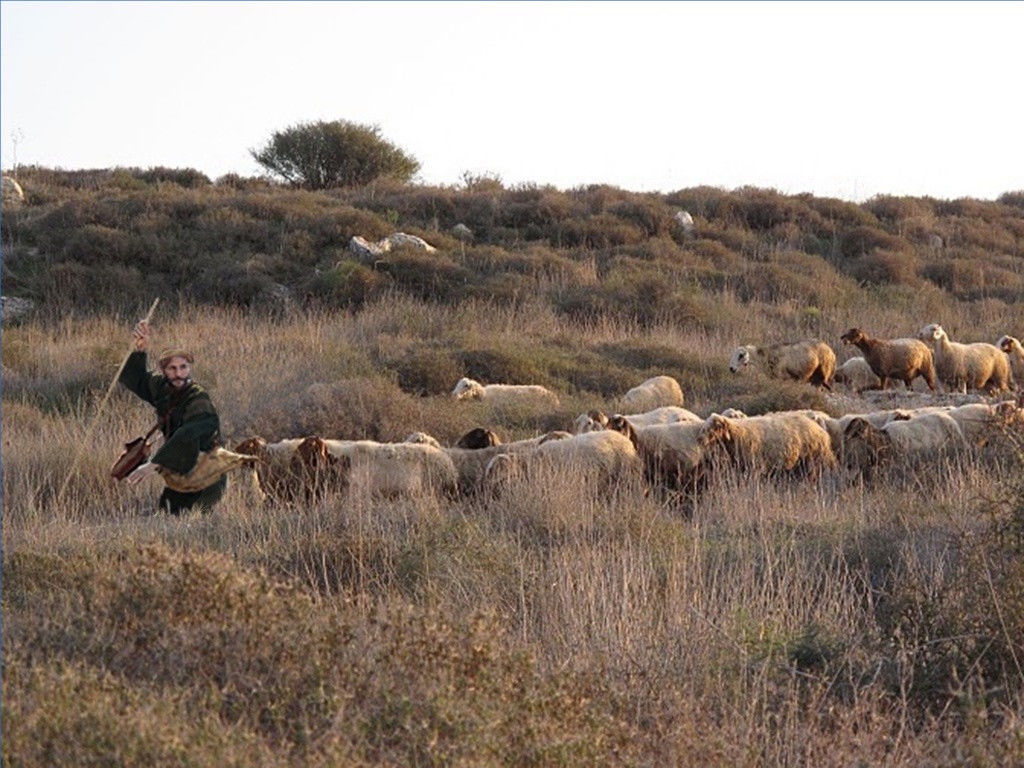 Advent is for the Excluded — Shepherds

“In that region there were shepherds living in the fields, keeping watch over their flock by night.” – Luke 2:8

Why was the good news of the birth of Jesus first given to shepherds who were living outside with their flocks?

I used to think it was because shepherds were considered the lowest of the low. Aristotle once wrote about shepherds, “The laziest are shepherds, who lead an idle life, and get their subsistence without trouble from tame animals; their flocks wandering from place to place in search of pasture, they are compelled to follow them, cultivating a sort of living farm.”

I imagined the angels arriving to startle commonplace folks doing ordinary things with the extraordinary news of the Word made flesh.

Perhaps that was part of the reason. But, I wonder if there was more to it than that.

Their life on the outside of things made them the ideal (although surprising) recipients of the good news of great joy. They were the embodiment of the truth that the gospel was “for all people,” and not just for some.

We may not think much of Luke’s description that the shepherds were “living in the fields,” but this statement serves to remind us that these shepherds were physically removed from the bustle and commotion of everyday life. Their physical separation from society may explain some of why shepherds were viewed with contempt.

In former United States surgeon general Vivek Murthy’s book on loneliness and connection, Murthy says that social separation has been used historically to demonize groups of people as enemies. It is easier to hate someone you don’t know, someone you never associate with, than it is to hate someone who is sitting in your living room.

While this social separation may have made it easier for shepherds to be viewed with suspicion and loathing, it also gave the shepherds a unique vantage point from which to see the miraculous unfolding in the most unlikely of places. When the angels announced to the shepherds that the Messiah had come as a baby in a manger, the shepherds did not view this news with suspicion and distrust. Instead, they went to see for themselves. I wonder if they knew too well what it was like to have others think they knew all there was to know about shepherds. Rather than judge the angel’s words as unbelievable, they allowed themselves to wonder and to see.

The story of the shepherds urges us not to dismiss people who are on the outside, or to judge them before we’ve ever shared space with them. Vivek Murthy writes, “We need physical common ground even more than ever in the form of spaces where we come together to live, work, play, and belong.” In the sharing of space with others, we allow ourselves to see them and know them. And this seeing and knowing has a way of tearing down walls.

Murthy continues, “Today’s technology creates the illusion that we do know our enemies. We see them, we hear them in our own homes every day, at any hour we choose to look. The versions that we ‘know’ are often deceptive and unidimensional, yet we believe what we see and hear even when the videos are completely fabricated.” In a world that gives us ample opportunities to see slanted portraits of those on the outside, we must resist the temptation to believe we know people with whom we’ve never shared space. When we get to know our enemies, we may find that they are not at all what we imagined them to be.

In Elizabeth George Speare’s book The Sign of the Beaver, she writes about 12-year-old Matt’s change in perspective as he spent an extended amount of time alone in the woods.

In the night he could recognize now the strange sounds that used to startle him. The grunt of a porcupine rummaging in the garden. The boom of the great horned owl. The scream of some small creature pounced upon in the forest. Or the long, quavering cry of the loon from the distant pond. The first time he had heard that loon call he had thought it was a wolf. Now he liked to hear it. Mournful as it was, it was the cry of another living creature.

Matt’s experience of living life on the outside opened him up to see the world through different eyes.

The keen and watchful eyes of the shepherds had them ready and alert when the angel appeared before them. Their night-ready eyes took in the astonishing sight and the glorious news, and their hard-earned curiosity gave them the courage to go and see if this news was true.

Advent gave way to Christmas in a distant field under the cover of night to a band of outcasts who were well-practiced in looking for things other people either overlooked or feared.

The shepherds remind us both of the importance of not jumping to conclusions about those who live life on the outside, and of finding space on the outside for ourselves from time to time. In the ordinary rhythms of life, we can lose sight of our night vision. We can become numb to the extraordinary things happening around us. And, we can overlook the good news of great joy in favor of the okay news for ourselves.

This season and always, we are called outside. May we share spaces with those we have not yet come to know, and may we find Jesus in our midst when we do.

Prayer: Lord, I can get so caught up in what I’m doing that I don’t even notice how near you are. Help me to look for you in the faces of those who are outside my normal circles. Give me watchful and ready eyes this Advent and always. Amen.