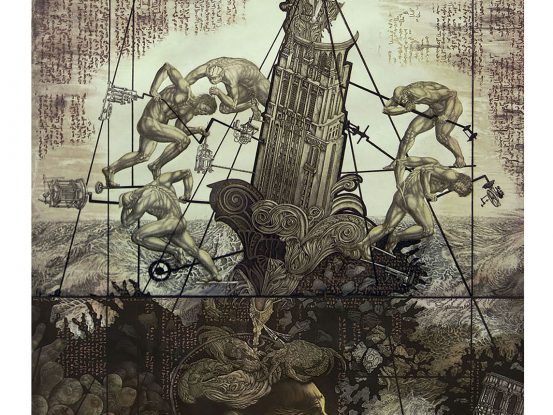 Like everyone else, I’m trying to negotiate the aftermath of a divisive election that has fractured my corner of the world. Almost every part of life has felt the effects: churches, schools, families, friendships—few things remain unscathed. Sure, the fault lines were always there, but they were buried deep. So, we ignored them, only to have them blow up in our faces. People on both sides of the political landscape thought election day might bring an end, allowing healing and restoration to begin. No such luck.

There were good reasons to vote for President Trump. I’ve heard Trump supporters give thoughtful arguments for doing so. Many made it clear they don’t care for Trump as a person, but they do care deeply about policy. When I’d ask about issues like immigration, they’d admit they don’t care for Trump’s rhetoric, but it’s not a priority for them. Fair enough. While I might disagree, their arguments make sense. What doesn’t make sense is the Trump worship within the Evangelical community. Where I live, shrines have been built to Trump. Stacks of hay bales, crushed cars and trailers, huge posters of Trump giving the thumbs up—they’re all over the place. I haven’t personally witnessed animal sacrifices, but I wouldn’t be surprised. (Yes, I know the same is true on the left. I’m sure there are altars to Biden somewhere, just not where I live.)

Now, more than ever, the Christian community needs to take up the task of iconoclasm. Not, as Jacques Ellul says, “of the statue of Jesus Christ nor of God” but to the “gods of the world”—including politics (The Essential Spiritual Writings of Jacques Ellul pp. 86-87). In a world where labels make it easy to pick sides and demonize, the Christian community is called to live as “pilgrims and aliens” (I Peter), holding our political affiliations loosely. Honor the emperor? Yes, but remember Peter begins by saying “honor everyone.” (I Peter 2:17) Healing is going to take time. Like the pandemic, however, I’m not sure things will ever get back to “normal”. A new normal will come from the shattered remains of the old. Hopefully, it will be one where grace abounds, and our political idols have been smashed into a million pieces.