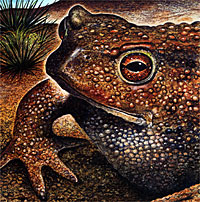 A couple or so weeks ago I realized with somewhat of a sinking sensation that I would be slated to blog here on The Twelve on the U.S. election day.   The sinking feeling part may not have been warranted.  I am not even sure how many people will be reading this blog on what may be a momentous day in the wider world—I mean, we do all have other things to ponder today.  And in terms of the election, it’s all over but for the shouting (as they say).  Of course, there may be a whole lot of shouting today and in coming days (weeks?).  We can but pray that it remains limited to shouting and not lapse into shooting.  (Though a poll issued over the weekend indicated 80% of Americans have some level of concern about election-related violence this year.  Again, something to pray about.)

What, then, is there to write about?  In recent weeks my fellow bloggers have offered up prayers for hope and unity, reflections on the state of the church in polarized times, meditations on the Psalms of Lament and how they fit so much of what 2020 has taken from us, and assessments of the two main candidates for the U.S. presidency.  I hope our regular readers have benefitted from and been blessed by these offerings.  But I don’t want to replicate those blogs.

One semi-obvious topic I could talk about briefly is what we are to do and who we are to be after this interminable election cycle is over.   What about tomorrow and next week and next month and all the way into 2021?   How do we end this year in the church as well as we can?  Technically the Church Year will end about one month earlier than the calendar year as we will begin Advent on November 29.  Recently I taught a three-week mini-course online for some preachers who were thinking ahead and wondering what kinds of themes their sermons should hit at the start of a new Church Year and at the end of a fairly horrible calendar year.

I suppose I could save some of this for my first blog in Advent but by then, who knows, I may have other things that need addressing.   So here are some semi-random ideas my pastoral colleagues and I bandied about when thinking about what a COVID-shaped Advent and Christmas may look like.

First and perhaps obviously: in ordinary years we in the church are tempted to bracket out the world’s woes in favor of Hallmark-like sentimentality, shutting out darker themes from the day’s news in favor of distracting tinsel and glitter.  That is tempting in ordinary years.  2020 has been no ordinary year and so in Advent and at Christmas this year, it surely won’t do to pretend we are not living in a pandemic and in a time that will almost certainly be fraught with trouble as 2020 concludes and as a new Church Year begins.   Preachers and worship planners are going to need to be honest: we re-welcome the birth of the Christ in the midst of much sorrow and brokenness.   But we will cheapen the reasons why God’s Son advented among us if we soft-pedal the woes we face right now.

Second, even despite that need to be honest, a few of my pastor colleagues felt like the one thing we may not need more of is lament.   True, December may bring fresh reasons via specific terrible events that will require true sorrow and lament afresh.   Absent that, though, many pastors think that we have done well being in lament mode in 2020.  Advent is now a time to do all we can to shift over to hope, even to the hopeful parts of also almost all of the Psalms of Lament.   Lament is never the end of the prayer life of believers.   Yes, it is a biblically warranted way to pray to God—despite our sometimes overly polite attempts to deny its viability as proper speech for prayer—but lament is a stop along the way, not the final destination.

Third, in looking for such Advent/Christmas hope this year, 2020 may be a great time to call attention to and celebrate the quieter aspects of the few biblical stories we have related to Advent and Christ’s birth.   Maybe quiet Joseph can be inspiring in an age of social media rants and shouts and such loud public discourse.  Joseph never speaks in the Bible.  Not one word is attributed to him.  The shepherds in Luke 2 say more than the earthly father of Jesus!   But Matthew tells us all we need to know about Joseph: he was a righteous man.  He was good.  He did what was right without needing to call attention to it.  And though his role may seem small in the grand biblical drama, there are no small players.  A quiet righteousness can help save the world as much as loud and gaudy displays of religious fervor.  Ponder that.

Or what about all the other characters on the margins of the Advent story?  The shepherds.  The unseen people in Bethlehem who might have tried to lend a hand.  The quirky astrologers from Baghdad who honored more than they could have ever guessed.

Author Gary Schmidt years ago introduced me to a wonderful children’s picture book by Eve Bunting titled We Were There (paintings by Wendell Minor).  In the book the most unlikely of creatures are all depicted as being on a journey somewhere.   These are not the cute and cuddly critters associated with your average front-yard crèche.   Instead we meet a snake, a warty frog, a scorpion, a cockroach, a bat, a hairy spider, and a rat.  And, of course, the destination of each icky creature is Bethlehem’s stall where from a quiet corner on that silent night they adore the Christ Child.  “No one will look beyond the light to darkness and the corner where we watch, unwatched.  They will not know or care.  But we were there.”

Christ came for you.  For me.  For us all.   And in that Advent message in 2020 there is hope sufficient for all.