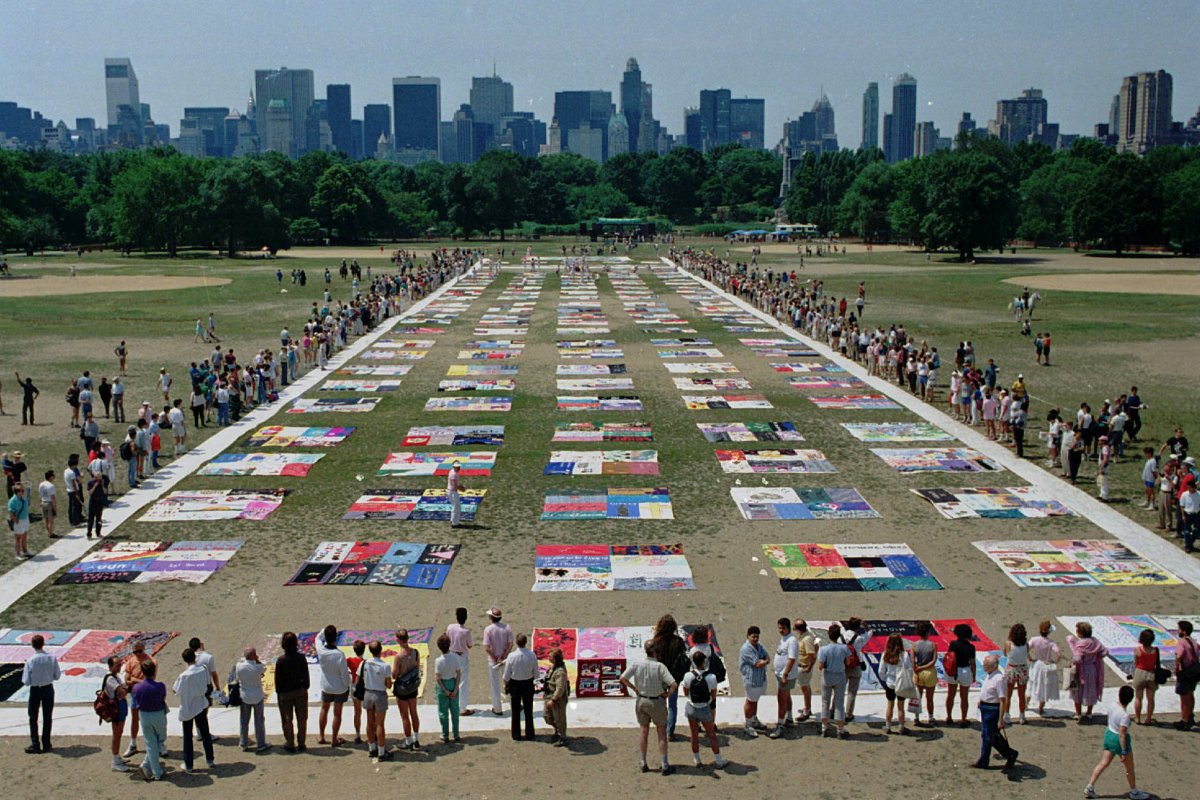 Reflections on Another American Epidemic

In my advising seminar this week, my students and I explored the history of the AIDS epidemic together. We watched several powerful clips from the documentary How to Survive a Plague and traced the way the epidemic unfolded on the ground and its impact on the LGBTQ community. We imagined what it was like to watch the epidemic unfold–ordinary Americans facing an extraordinary crisis with little help from their neighbors, families, medical professionals, and the government.

Of course, the differences between then and now are manifold. Gessen cites Mark King’s objections to comparisons between our current pandemic and AIDS. King asserts that “No one cared about people dying of AIDS in the early years of the pandemic” in part because “AIDS was killing all the right people.” And the level of stigma and social bias against gay people and those suffering from AIDS meant the epidemic wasn’t properly addressed for many years. We can contrast that slow response to AIDS with the response to the pandemic in many states and countries this year which has been immediate and extensive.

And yet, a few similarities and lessons stand out as I reflect on the last 7+ months living through a pandemic:

Ordinary people can do extraordinary things. I reminded my students in class that, when we talked about AIDS activists, we were just talking about normal people who responded and organized to take care of and advocate for themselves, their loved ones, their neighbors, and their communities. They saw the suffering of their loved ones and their communities and became advocates for AIDS patients, developed sex education programs, and advocated relentlessly until the government took notice and until proper treatments were developed. We’ve seen similar heroism during this pandemic—the dedication of doctors, nurses, and public health experts, elected officials who’ve advocated for their constituency, family members of those who’ve died of COVID bravely speaking out. Ordinary people acting with extraordinary courage in the face of an unimaginable crisis. Gessen offers a word of caution, though–we can celebrate “the heroism and ingenuity” of people but must also hold accountable the government and those in power that failed them.

The pandemic is not a problem that’s happening over there to other people, and we can’t, as individuals, power our way through it on our own. Our fates are all bound up together. In the 1980s, many Americans didn’t care about AIDS because they thought it only impacted other people–gay people, drug users, or sex workers. Though not to the same extent, we’ve seen similar thinking this year. Trump has repeatedly called it the “China virus” and shown callous disregard for blue states that were first hit hardest. Anti-maskers have insisted that their concern is individual liberty and that the pandemic is not their problem, while ignoring the fact that their individual choice to disregard public health guidance can have a damaging and deadly impact on their communities. It shows the lack of empathy and the loss of regard for the common good. Or, as Gessen points out, “Crises bring out the worst in us, and we forget this at our peril.” Sure, we have stories of heroism, but the pandemic has also exposed deep, deep problems and dysfunctions in American society.

It didn’t have to be this way. This is not the first time Americans have been left to die, ignored by the government and alone in the face of a public health crisis that could have been addressed. It’s hard not to look at both the AIDS epidemic and the coronavirus pandemic and wonder what would’ve been different with faster and more decisive action by the federal government and with a broader community response to listen to public health guidance. At the end of the day, we are responsible to each other, to our neighbors, and to “outsiders.” We are responsible for our communities, and our government is responsible to its citizens as well. The pandemic has shown just how interconnected we all are, and too often these last seven months, American empathy and a commitment to the common good has been in short supply.

Allison Vander Broek is a historian of American religion and politics. She graduated from Boston College with a PhD in history. Her dissertation, Rallying the Right-to-Lifers: Grassroots Religion and Politics in the Building of a Broad-Based Right-to-Life Movement, 1960-1984, explored the origins of the right-to-life movement in the 1960s and its rise to national prominence.