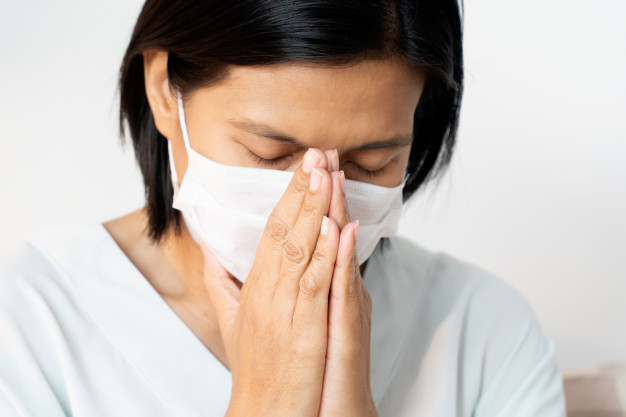 A couple of different time across the last four or so years, I have addressed the subject of praying for our leaders, including for President Trump (I talked about this once before the election and again after Trump became President).  I also wondered aloud how many evangelicals would have been able to say the same had we had a President Hillary Clinton and also how many prayed for eight years for President Obama.  But that was speculation.  But I have prayed for the President and for his family these last years—for safety above all.  The last thing any of us should ever want to witness is an assassination or some terrorist plot against our highest elected officials.  I have also been known to pray for wisdom for the President, though there I confess I prayed with a skeptical heart more often than not.

But we all faced this issue afresh on Friday when we learned that the President had contracted COVID-19 and ended up going into the hospital before the day was finished.  For a few brief moments Friday evening when there was an unexplained delay in the President getting to Marine One, a wave of fear washed over me that he was dead or dying.  I still dread that prospect as we cannot yet know for certain how the President will weather this nasty virus.

Since that time only a few short days ago, I have seen some interesting exchanges on Facebook, including from those who freely admitted they cannot muster the will to pray for the President due to his abusive, bullying behavior over the course of so many years.  A few others on Facebook and elsewhere openly expressed a degree of Schadenfreude or even hinted that they might go so far as to say if the virus takes his life, they might not be able to cry about it.  Nicholas Kristof wrote in the NY Times that he wanted all of us to wish the President well and pray for him and for the First Lady only to receive some anti-Trump screeds in return that, Kristof noted with lament, only shows that some of us have sunk to Trump’s own level of vitriol and hatred and personal attacks.  Ought not the rest of us, he suggested, be able to rise above and show the still better way of love?

Although I have prayed for the President and others to recover, I fully recognize the complications and conflicting factors here.  The President and many in his Administration are sick now because of rank recklessness.  The White House should be the last place on earth for a superspreader event to occur in the midst of a pandemic but Trump’s disdain of masks was so fierce that aides risked their own health rather than endure his wrath if they wore a mask in his vicinity or presence.  It was only a week ago tonight that the President again mocked Joe Biden’s regular wearing of masks even as he claimed his (mostly maskless) rallies had had “no negative effects” (I wonder what Herman Cain’s family thought about that one).

And yes, the President is now benefitting from an empathy from others the likes of which he has demonstrated again and again he is wholly incapable of feeling for anyone else (and that might just grind your cookies a bit).  And yes, the President has been dismissive of the virus and—a stray statement here or there notwithstanding—has done little to help lead a nation in mourning and in grief for 209,000 victims and counting.

All of this and more has caused some to choke over the prospect of praying for the President.  Although I understand that, I nevertheless offer the plea that we do so anyway.  Yes, we can pray for many things: that this experience will sober him up on COVID-19 and mandate mask-wearing at any subsequent rallies he holds as well as within his Administration and in Congress.  We can pray that maybe compassion may increase in his soul.   But we must certainly pray that he recovers along with the First Lady and the growing list of people he infected or helped to get infected by holding close, in-person gatherings devoid of social distancing or masks.

Nicholas Kristof is right: to do otherwise is to allow the Trumpian way of treating opponents become also our way of living, and we none of us ought to wish that that will happen to us.  So disagree with the President, vote against him on November 3, pray that he loses the election if you wish.  But if some day we have a President Biden, I hope all will pray for his health, safety, and wisdom but until such a day may come, we have a sitting President right now and I think Christians can rise above personal rancor to pray for his physical wellbeing.