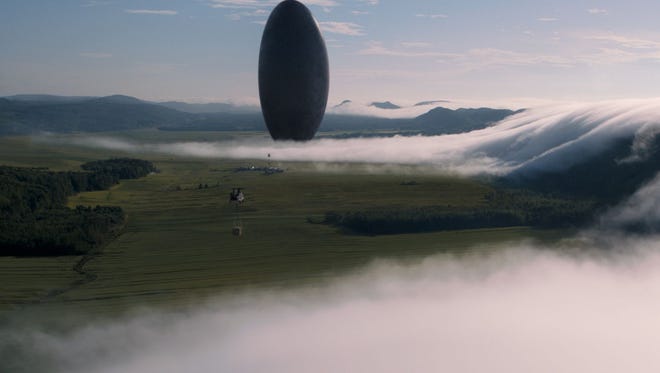 The alien was dying.

In the 2016 movie Arrival, Louise Banks (played by Amy Adams) is invited by the government to communicate with extraterrestrials whose giant ship is hovering over a field in Montana. As a celebrated professor of linguistics, her expertise is needed to interpret the creatures’ complicated three-dimensional, visual language. Eleven identical ships hover silently over other strategic locations around the globe. Nations are in uproar. Governments are alarmed. What do the aliens want? Is it an invasion? Louise agrees to help.

I won’t give away the brilliant twist ending of the movie (except to hint at our need to take great risks and move toward one another so that we can work together for global peace).

What I do want to highlight is the scene, about two thirds of the way through the movie, when rogue soldiers have panicked and set off a small bomb in the alien ship. The resulting explosion threatens not only the aliens’ lives, but the gentle, tenuous diplomatic relationship Louise had established with them.

Louise rushes back to check on the aliens, and is alarmed when only one of them comes to meet her. Early on, she had nicknamed them ‘Abbott’ and ‘Costello.’ This time only Costello comes forward, and when Louise asks after Abbott, he says simply, “Abbott is death process.” Abbott is dying, because the human’s panic led them to violence.

Something in this scene won’t leave me. I think it is the seemingly wise, gentle, and accepting nature of the alien when he calmly states that his partner is in the process of dying as a result of the humans’ violence. The process of dying.

When the Vision 2020 Team began its work, we acknowledged what many of us have known for a long time: that the Reformed Church in America as we know it will never be the same. And this was not something that the Vision 2020 Team made happen. It was in process long before the team was formed. I want to be honest that this is deeply heartbreaking to me. It feels like a kind of death, and I don’t want to be associated with it.

But I do also wonder at times about the naturalness and necessity of the things in life that feel like death. Please don’t hear what I’m not saying. I want to be very clear that I am not condoning poor behaviour or destructive theology (regardless of which side of the argument you’re on). Those are a legitimate cause for sadness, frustration and disappointment. And I’m not predicting or celebrating the demise of our beloved church. That would certainly be a cause for lament, but only God knows if or when that will happen.

What I am wondering is whether it is natural for living systems to go through deep change over time, and whether that kind of change will always feel like the valley of the shadow of death, but whether that kind of death-change is actually necessary for life. After all, “unless a kernel of wheat falls to the ground and dies, it will not bear fruit.”

The reality of life is that it involves the deep loss of change. And as human beings, we tend to resist that violently. If you love the RCA as much as I do, you know how painful it is to consider this line of thought. Everything in me struggles to want to hold things together, to preserve the family, to facilitate healing and reconciliation, to regain a common faithfulness and move toward life.

But what about the kind of change that takes us through death to life?

In his book, Canoeing the Mountains, Tod Bolsinger writes about adaptive leadership, or leading through change. One of the things Bolsinger says in the book is that “When our old maps fail us, something within us dies.Replacing our paradigms is both deeply painful and absolutely critical.”

The RCA is changing and if we’re honest, to many of us it feels like a death. We are angry, confused and sad. No matter which side of the divide you stand on, and no matter who you think has caused the change, the loss of what we knew and have experienced together is hard. But what if it’s also needed, because it leads to something new?

This summer on my sabbatical I had a health scare. Over the course of about two weeks, while I was going to doctor appointments and waiting for test results that sounded like they had about a 50/50 chance of being very bad, I let my mind contemplate death. I won’t take you through everything I thought and prayed, but I will say I moved daily between horror and acceptance. On my better days I remembered that if I die soon, I really have had a great life. I remembered that everyone dies. And I looked to the lives of my friends with chronic diseases and terminal illnesses who have taught me with their love, their honesty and tenacity that it’s how we live in the short time we have, that matters.

Then the test results came back and I found out that I have a benign condition that needs to be monitored but that I’m going to be just fine this time around. The relief was huge (I know there are many people who don’t experience that kind of relief), but the thought remained. One of our gifts as human beings is that we hold so tightly to the goodness of life as we know it. Understandably, because life is sweet and fragile. But what if deep change is also as natural as life itself, and what if what really matters is not in holding on to what we know, but in deciding how to live in the time we have left? What if the RCA is in a process that feels like death but could lead to life?

I know this is hard to contemplate when people are acting contrary to our own convictions and life as we know it is changing. But I do wonder if in this moment of loss and unknown, we might experience this as a process that feels like death but could lead to life, and an invitation to decide how we live together in the time that we have left. Whether that is 5 years, 50 years or 500 years, how will we choose to live in this time that we have? I hope it is in a way that leads to life.