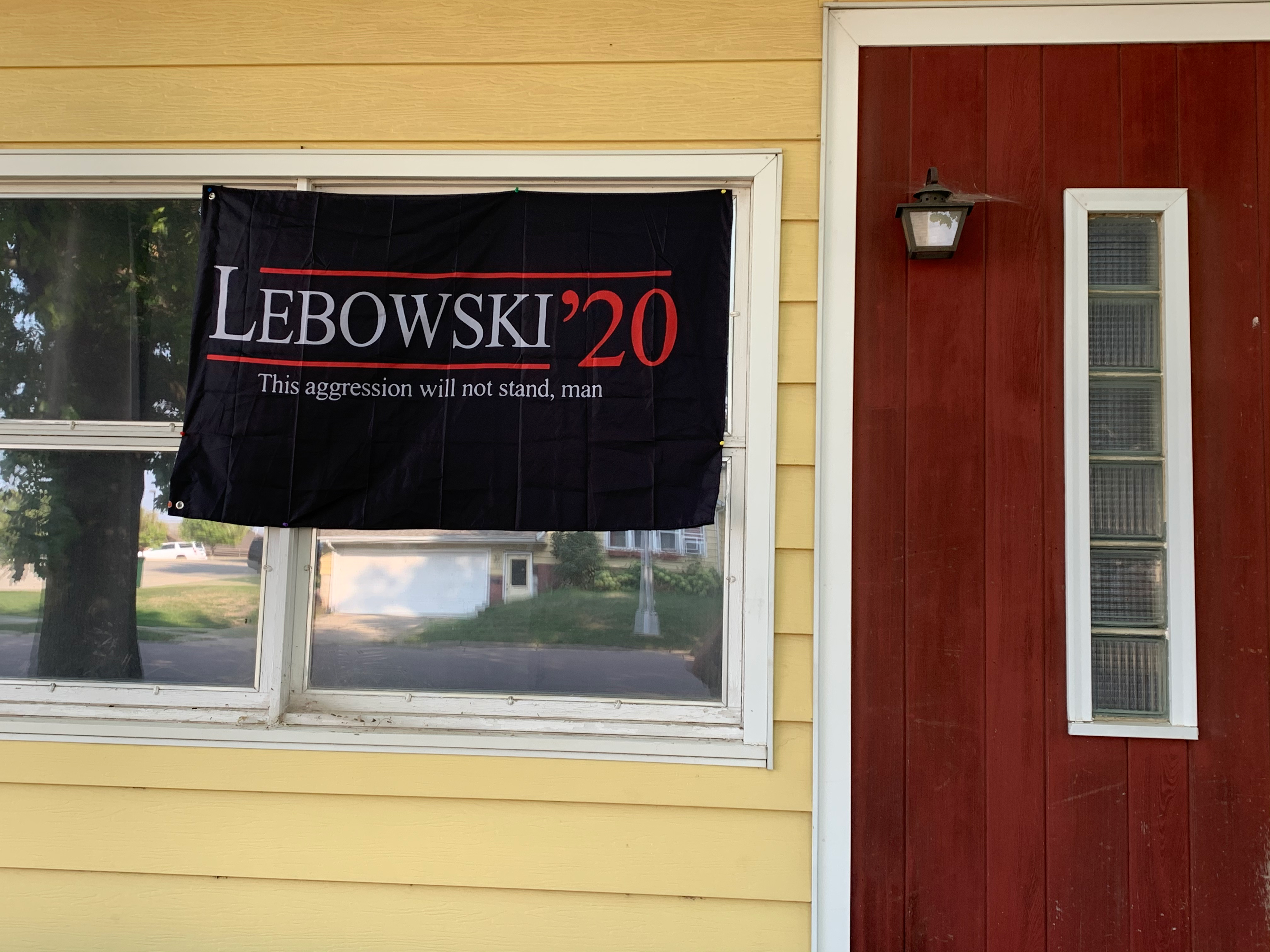 I put my political flag up today. No, not Trump or Biden, Jeff Lebowski. The Dude. Lebowski 2020: This Aggression Will Not Stand, Man. I bought the matching t-shirt too.

Why, do you ask, would I waste my money on such tomfoolery? Especially since the joke is lost on most people—most of my students have no idea who Lebowski is. Every once in a while I’ll get a “nice shirt” compliment. One guy, at an outdoor—social distanced— brewery in Minneapolis, asked me if he was on the ballot. “You bet,” I said. “I’d vote for him,” came the reply. “Me too, my friend. Me too.”

I came across this interview with Jeff Bridges not long after Trump was elected. He said,

Our politics is broken, and the world has gone completely crazy. In my neck of the woods, religion has gone off the rails. When did everyone become quasi Pentecostal? And someone tell me how masks are demonic? If you would have told the eight year old me we’d all have to wear masks, all day long, everywhere we went, I’d have lost my mind. Halloween every day! Ah, that’s why people think it’s demonic…

There are important lessons to be learned from our friend Lebowski and his rowdy bowling buddies. Nihilists are everywhere—some even claim to be Christians! They’re pretty much harmless. They’ll cry and whine, raise their voice and shake their fist, claiming some high moral ground backed up by a few bible verses. Listen closely and you’ll hear what they’re really saying—”Where’s the money, Lebowski?” and “That’s not fair Lebowski!” Don’t fall for it—instead, let’s tend to what’s beautiful and good. I think Paul said something like that once.

Though Paul didn’t say this, from what I know of him he might as well have—life is always a mix of “strikes and gutters”. Sure, 2020 has been one gutter ball after another, but don’t despair—just keep rolling.

Just not on Shabbos.