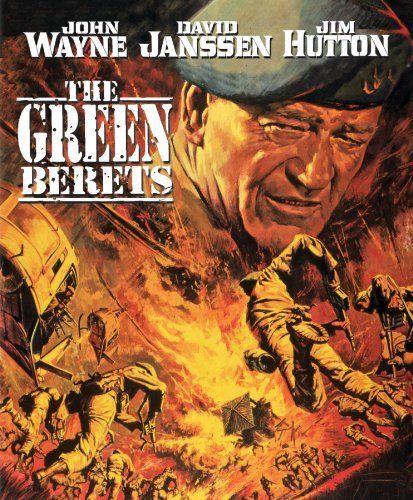 My Mom, Fear, and John Wayne

I don’t remember where I first heard this aphorism. It has stuck with me. I spoke it in both eulogies at my parents’ funerals. I’ve shared it here before. I’ve found that in trying to understand my parents and decipher their journeys, I gain perspective on my own.

All of this all came to mind when I was reading Kristin DuMez’s Jesus and John Wayne (it feels like it’s become the it-book of the summer). The first half of the book was a bit of a nostalgia trip for me. It covered things I remember from my childhood and youth, things that I can now chuckle about.

These were events, books, people, and cultural movements that touched my parents’ lives. They had to negotiate and evaluate what to do with Hal Lindsey’s The Late Great Planet Earth (1970) or Marabel Morgan’s The Total Woman (1973). I recall seeing these books around the house, even if no one talked to me about them. As a high schooler I sat with thousands of others in a cavernous basketball arena for Bill Gothard’s “Basic Youth Conflicts.” I suppose I was told about how my umbrella was underneath the umbrellas of my parents, but I remember none of it.

Another little cog spinning in my recent ponderings — last month’s New York Times piece, “Christianity Will Have Power,” about Sioux Center, Iowa. Jason Lief, a resident of Sioux Center, wrote about it here on The Twelve. Many people have noted its apparent (and uncredited?) reliance on DuMez’s book. Others observed that the residents of Sioux Center who were interviewed came from the Netherlands Reformed and United Reformed congregations, the most conservative in a conservative town. Another person noted that “They never spoke of Jesus or Good News.”

What struck me in the Times piece was the fear — deep anxiety, alarm, really — that they are under siege, that their way of life and values will not long endure, save the sure defense of President Trump.

Their fears brought to mind my mother, who grew up about ten miles from Sioux Center, in Sioux County, Iowa. The county includes Sioux Center, Orange City, and several smaller towns, notably the hometowns of my parents. (For those of you not up to speed on Iowa geography, I live in Pella, about five hours from Sioux County.)

My mother was an intelligent, articulate, and accomplished woman — valedictorian of her high school (Hull, 1946). She held a master’s degree. She taught school for many years. She lived in New York City, Seattle, Taipei, and Yokohama. She really couldn’t qualify as sheltered or undiscerning. Still…

As children, we would sit around the piano and sing with my mother. Songs from The Sound of Music were our favorites. But I also recall songs from Up With People — shiny, obsequious youth aligned with “The Moral Re-Armament League” and endorsed by John Wayne and Pat Boone. Many now regard it as a weird right-wing cult. Thanks to DuMez’s book, I was reminded of my warbling The Green Beret as my mom accompanied. It’s the theme song of John Wayne’s widely-panned, pro-Vietnam war movie. Just how many 60 year olds saw combat in Vietnam, anyway?

Was my mother unaware of the connections and implications? (My dad was taking fifth-grade me to anti-war marches at the same time.) As someone who grew up during World War II, did she intuitively support “our boys overseas,” no matter how dubious their cause appeared in 1969? Or as a public school music teacher was she crazy like a fox, knowing that such selections would placate a certain sort of parent?

I recall her informing me with grave seriousness that she’d heard “that one of the Communists’ biggest plots was to make American youth not appreciate their country.” When I was an adolescent, she warned me against a “certain sort of girl.” The Seattleites of the 1970s — renegades, rough-hewn midwestern refugees — scared and sort of offended her.

There was fear in her religion, too. Her evangelical friends not only introduced her to the latest from Linsdey and Morgan, but also Zionist apocalypses and bizarre conspiracy theories about the Equal Rights Amendment.

It all had a way of making her feel unsure, insecure. Might they be right? After all, their faith was so strong and sincere. Was she doing enough? On the right side? Should she be more concerned, more conservative, more on guard? I’d say evangelicals are still experts at pushing those same buttons. Am I enough? Am I really saved? Am I doing it right?

Of course, hyper-vigilant mothers or fear of being tainted by your surroundings, are not uniquely religious traits, let alone necessarily Reformed or Dutch qualities. Countless stories chronicle the country greenhorn in the big city, the frightened naif living among worldly people.

We’ve been preaching “Wilderness Stories” this summer, sermons based on the ancient Israelites’ time in the wilderness. One Sunday we looked at the incredibly detailed directions, found in the book of Exodus, for the building and outfitting of the tabernacle. It was a solemn responsibility to have the living God dwell in your campground.

As we prepared to preach, I remembered hearing about “concentric rings of purity.” The tabernacle was the center, holy and set-apart. It was surrounded by the semi-clean camp, still regulated by many purity codes. Beyond that, things were dangerous and unclean.

“Concentric rings of purity” brought to mind my dad joking that as a child in the 1930s he had a vague impression that God dwelt in Orange City, the new Jerusalem. Around that was Judea — Sioux Center and a few other “Dutch” towns. He lived in Samaria, a town with a Dutch minority, as well as a movie theater, a few bars, and a Catholic church. Ten miles farther west and you were in the uttermost parts of the earth.

Did this explain my mother and her fears?

Maybe it also explains why Jesus, and also Paul, were such unrelenting critics of purity codes and ritual holiness. These codes divide people into pure and impure. They make us fearful of being sullied, of crossing the line into the less-pure circle. They make us proud of staying clean. They make the “other” dangerous and dirty.

One thesis of DuMez’s book is that Donald Trump is not a surprising anomaly in White American evangelicalism. Instead, he is a likely destination of the long-standing patriarchy, racism, and nationalism in the evangelical world.

In the same way, perhaps the fright and worry I sensed in the Sioux Center residents interviewed for the Times piece really isn’t new either. My mother picked it up in Sioux County 80 years ago. Chosen ones surrounded by vulgar Americans. Mongrels encroaching on a community with a resolute cultural heritage. The charms of the world wooing unsuspecting youth.

“I have a natural tendency to hate God and my neighbor,” so states Heidelberg Catechism Q&A Five. Given some time and a lot of nuance, I can concur.

The Catechism would seem to push us toward candid self-appraisal, maybe even shame and self-loathing. But there is another side of the coin, an inadvertent reverse image or energy. The tendency of all people to hate God and neighbor causes us go through life on edge, alert and anxious. Our neighbors are suspect and hateful. The world is dangerous and depraved.

Was this the source of my mother’s fears? Fears that evangelical books and celebrities and conferences might seem to relieve — but actually only ratcheted tighter. And who knows, perhaps, here is the source of some of my own tangled relationship with evangelicals.

I’ve been hard on my mom here. Apologies, especially because she also had so many gracious qualities. As she aged, she became more secure in herself, less fearful, less subject to other’s flim-flam.

I just went back to read the eulogy I offered at her funeral in 2008. Something I said there might be evidence of her gradual shift. In her final years, my mom became a big fan of Hillary Rodham Clinton. Calm down, all you Hillary-haters. This was long before she ran for President, or even was Secretary of State. What my mother admired, I believe, had little to do with politics. She respected Hillary’s “stand-by-your-man” ways. Even more, she saw in Hillary a strong and capable woman, sometimes bracingly so. She was a woman who was willing to be silent in support of her husband, a woman of faith constrained by social expectations and roles, yet also frustrated by them — holding herself back even though in certain ways she may have been more gifted than her husband. One strong woman sticking up for another.

“Fear not!” says our Lord Jesus. “I am the first, I am the last, and I am the Living One. I died, but look, I now live. And because I live, you also shall live.”