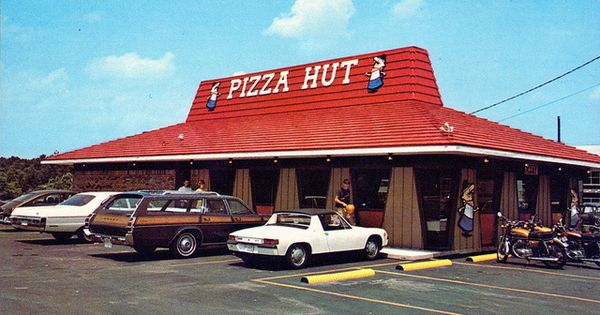 I can still remember one of the first stories I ever read. Well, I don’t actually remember the story—or anything about it. In fact, I only remember a single random word from the story. But what I do remember is the experience of reading the story, which has stayed with me for thirty years.

I was about ten years old at the time. I had never been much of a reader. That is to say, I had never read anything I was not absolutely required to read for school. Reading was my brother’s gig. I was more into watching TV, playing sports, playing video games, exploring the creek down the road, or messing with the construction vehicles left in the empty lot being developed next to the creek. But one summer day I sat down, reluctantly, to read a short story.

The change of heart was precipitated by the summer reading initiative the local schools had developed in partnership with Pizza Hut, which promised elementary school kids a free one topping personal deep dish pan pizza if you read something like 10 books over the summer. I didn’t want to read, but I did want pizza, and I loved free. I was all in.

I remember nothing about this story; its title or author, who it was about, where it took place, what happened. But I do remember the feeling of amazement as the words washed over me and came to life in my imagination. I remember being absolutely captivated by the characters, their actions, and the unfolding plot. I remember the energy coursing through my body like electricity as I sat, mouth agape, at some unexpected and perfectly timed twist. I remember thinking, “I have to tell someone about this!”

And so I ran through the house shouting for someone, anyone, to share in my joy at the wonder of this incredible story. But no one was home. Where was my dad? He had just been here. Then I heard the garage door opening. I got there just as it closed, so I ran through the side door and saw my dad backing down the driveway. I arrived at his car just as he pulled out into the street, now perpendicular to our driveway with me running straight toward his door waving my arms as if announcing a medical emergency. He rolled down his window and asked if everything was okay.

Yes! Of course everything is okay! Everything is amazing! And then I proceeded to relay to him every detail of the story that I could remember, wildly gesticulating as I narrated the twists and turns while my dad patiently listened, his car idling in the middle of the road.

The only word I remember from the story is “condominium.” Apparently, something took place in a condo. I don’t remember if it was a central or peripheral setting, a narrative detail cast aside, or the fulcrum upon which the story’s arc precariously balanced. But that word is so burned into my memory that I can see it resting on the page even now.

The problem was that I did not know what a condominium was. I was not exactly what you would call a future real estate mogul. So, as I was hurriedly and excitedly relaying the story, I misspoke at the precise moment of telling him about the condominium and told him that a certain event in the story had taken place in a condom.

The thing is, I also did not know what a condom was. I had heard the word before, earlier that year, when a used one was found on the playground at school and some of of the “streetwise” kids were laughing and pointing at it. I didn’t understand but played along like I did, of course.

But one thing I was pretty confident about was that condoms and condominiums were not the same thing. I was no Sherlock Holmes, but I could deduce that the one was not an abbreviation for the other, and something told me that I shouldn’t be talking about condoms while my dad was patiently waiting for me to finish telling him about the story. All of that took place during the pause between “…it happened in a condom. Er. Um. A condominium!”

At this point my dad, seeing my confidence wavering, took his opportunity to affirm my excitement about reading, and to encourage me to go back inside the house and finish the book. I had only read half of it before the uncontrollable urge to share it had overtaken me. I didn’t even know what happened after the condominium yet.

Feeling somewhat sheepish, like I had said more than I meant to—but not more than I should have—I turned and walked back up the driveway, smiling. My dad drove off to whatever meeting he was now late for, and I was swept back up into the wild world of literature, beginning my apprenticeship in words that make worlds.

Travis West teaches Hebrew and Old Testament at Western Theological Seminary in Holland, Michigan. He sees teaching as an act of hospitality, making space for students to have meaningful encounters with the subject matter, their classmates, and ultimately the Spirit, in order to become more fully themselves. When he isn’t at work he can be found searching for wonder, whether on long walks through the fields near his house listening to Audible, or hanging out with his artist wife whose art and reflections perpetually amaze him.