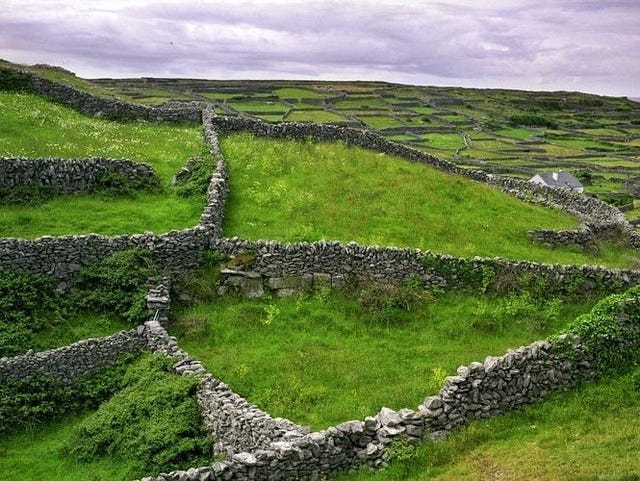 Note: This is the third in a four-Sunday series of reflections on one or more of the day’s Revised Common Lectionary texts, highlighting poems by Kilian McDonnell, O.S.B. An introduction can be found here.

Reformed theology is in my blood, but I’m prone to anemia. As I get older, no amount of doctrinal permutation refreshes the color in my faith; in fact, often it has the opposite effect.

If I’m revived, it’s by random glimpses of inexplicable mystery. Sometimes a biblical phrase still hits home, or a winsome line from one of the Reformed Standards, or something a good preacher didn’t know they said. But most often, restoration is hiding in nature, music, or poetry.

Since I started this series on the poetry of Kilian McDonnell, I’ve been immersed in his work. It’s been a “head” process thus far, albeit an affectionate one. But I was caught off guard the other day when I realized the extent of what seems to be an essential, even existential, “yes/but” in McDonnell ‘s poetry; namely, the search for a personal apprehension of God, God’s search for us, and all the mysterious and messy nuances in the middle.

The next thing I knew, this quintessentially Reformed hymn had become my earworm du jour:

I sought the Lord, and afterward I knew
he moved my soul to seek him, seeking me;
it was not I that found, O Savior true;
no, I was found of thee.

What’s more, it didn’t take long before I noticed that same conversation happening between the lectionary passages for today and next Sunday. So at the risk of forcing the biblical texts into my intended theme (no preacher ever does that, right?), this week I’ll highlight some poems that evoke the layers of that complicated two-way search, and next week, the meantime in the middle.

In today’s biblical texts, God the Seeker is portrayed in intimate terms. God makes protective love-promises, wants to know our hearts, and likes being called “Daddy.” The searching God is prominent in McDonnell’s poetry, too, but his aggressive metaphors may surprise you.

For example, God is an intruder who shows up in Jacob’s weird dream. He wakes up cheeky as ever, admits that he’s neither godly nor reliable, so “Why would the Lord come/to me in a dream, lean a ladder/against the edge of heaven/with angels climbing up and down/and the terrible I AM standing/at my side? … I always thought God/irrelevant but now he pushes his way in./This uninvited guest makes promises/to be with me no matter where I go.”

In several poems based on Psalm 139 and other texts, the “hem me in” God is imaged as a stalking wolf, a presumably ominous raptor, an extravagant lover begging to prove his ardor (see “The Hawk Swoops” and “God Holding Out a Beggar’s Hand”), even an aggressive dog (“He takes the first step./This pit-bull God sinks teeth/into our leg, no clubbing/with Leviathan’s jaw bone/ever unclenches./Was love ever so desperate?”).

Indeed, Kilian McDonnell’s covenant-compulsed God is relentless. Exemplified in Psalm 139, God’s search for us implies a search of us; to know us—really know us. McDonnell acknowledges that aspect of the search, even as he hopes God will overlook what he finds (“I have smudged my single copybook,/the erasures all show through”), and take him as he is.

And yet, despite God’s apparent tenacity, McDonnell’s poetry voices painfully stark experiences of God’s absence. God seems to be playing hide-and-seek when the roles are reversed.

“You are not God at the ready./After you set off the big bang/you invented light years, dawdling./…After the pyrotechnics of the start/you looked away, sabbathed./…Think less of galaxies./Think small./ Then, without the heavy equipment,/stoop and hasten to help me.”

Elsewhere, God is a seducer who beguiles then abandons the beloved who seeks to “sit beside you,/dip my bread into your cup.” This is an inaccessible God who makes “Unkept Promises.” These, and the searing “God is Silent,” are among many testaments to the fact that McDonnell is no stranger to the dark night of the soul in search of a personal experience of God.

In the midst of his longing, the elderly, ever-honest monk acknowledges that he sometimes grows tired of it all; his ardor cools and he no longer thirsts, a condition which he confesses and abhors. Yet, he comes back for more.

Through it all and sometimes in spite of himself, McDonnell seems to be channeling Heidelberg Lord’s Day Seven: hearty trust that he will find God (“Divinity does not come only in shadows or in dreams/but is hidden disheveled in the random fragments/that are not heaven, nor glory, but speak of them”), along with certain knowledge that God will find him (“Empty silence in corridors/and cell. So I sit beneath/the maple with a blister on its trunk,/branches broken by a storm./Someday I’ll be found”). In one of McDonnell’s most poignant poems, he affirms that no matter what, the search will not have been in vain.

In the meantime, we groan with the poet while he waits for this “Abba” to adopt him as the covenant heir that, mysteriously, today’s Romans passage assures he already is. What that wait might look like will be the focus of the final piece in this series.

* For an illuminating conversation with McDonnell on the subject of personal vs. formal understandings of God, see. pp. 275-277 of this interview.