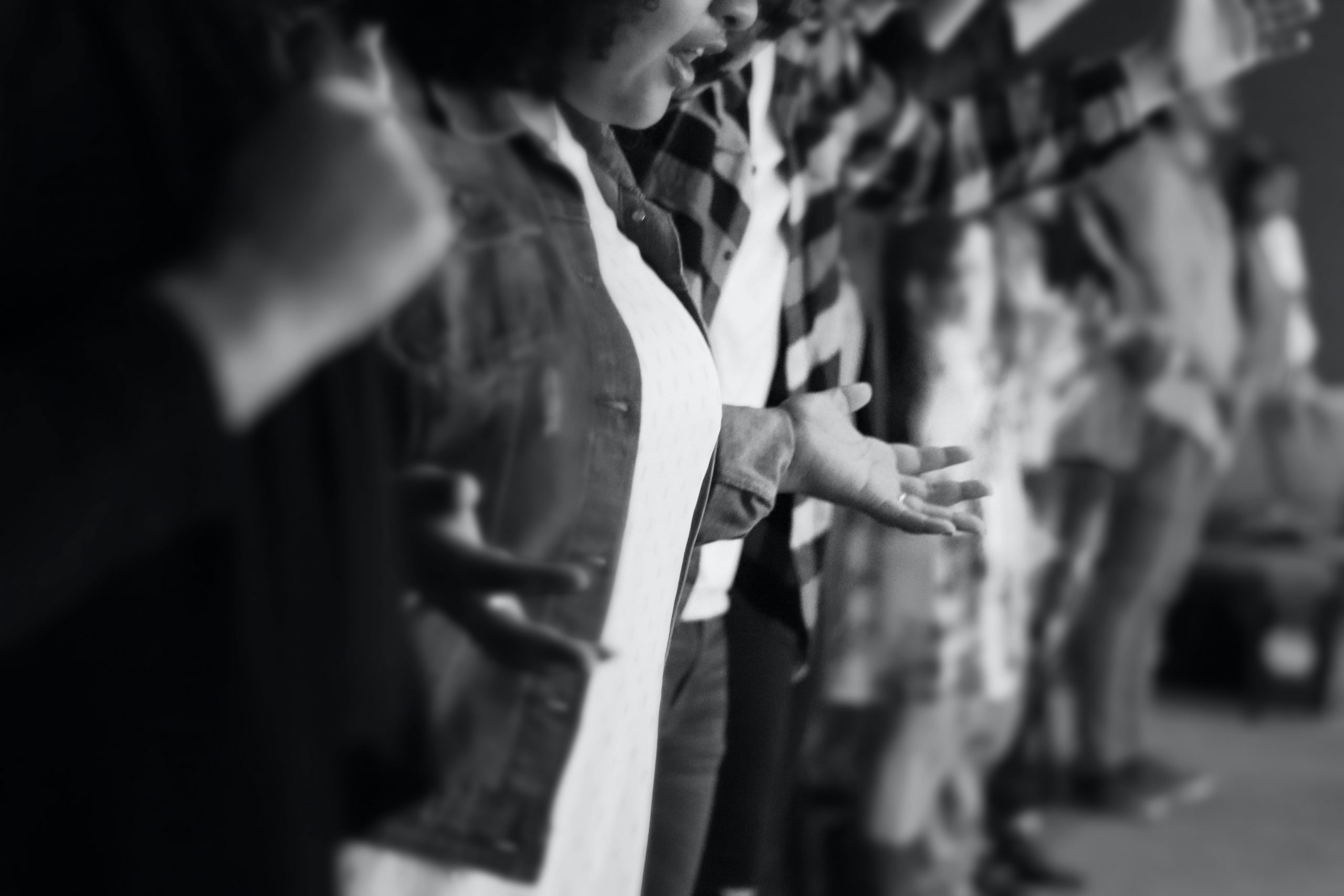 Oh, for a Thousand Tongues to Shut Up and Love Their Neighbor

The governor of California is recommending that churches not sing when they worship together.

And this has caused much controversy among conservative Christians in that state, who do not wish to have the government tell them how they may and may not worship.

I don’t think this is unique to California — a symptom, maybe, of the political polarities that have shaped so much of our collective Christian experience in the last few years.

Can I be honest? I’m so tired of it. So bone tired. Tired enough to say what I really am thinking, God forgive me.

I’ve spent a lot of time in churches, in the CRC in particular, talking about political issues and the moral limits of political power. These conversations have mostly been shaped by immigration policy — educating churches about how very inaccurate their perceptions of the immigration system are, and how very real the push-factors that (used to) push people to immigrate to the U.S., whether legally or another way.

Inevitably I would have people ask me my perspective on Romans 13. They’d ask whether Christians are obligated to obey the governing authority. They were implicitly asking how a Christian person could immigrate if they had to do so illegally. Maybe if they really were Christians they would have stayed home. (And died.)

In those moments, I smiled and did my best to explain about our calling, as people with power, is to steward that power through advocacy for better laws, so that we no longer knowingly put people in such impossible situations. What I meant was that I wanted them to vote for less racist legislators who might actually do something about the decades-old entrapment scheme that is our immigration system.

But it probably was clear to everyone in the room in those moments that the question really irked me. What I was really thinking is that the question betrayed the truth of our myopic, opportunistic read of Scripture in American churches. The question willfully ignored the vast canon of Scripture and its clarity about the dignity of human life (and God’s particular focus on vulnerable human life), and the all-too-common corruption of political leaders (hello, Pharoah; hello, Rome). I thought it showed too clearly that these Christians had no knowledge of, or perhaps no interest in, wrestling with Romans 13 in its actual biblical context, which is enveloped on all sides by Paul’s calling to love sacrificially and selflessly.

But now, I’m just too tired to smile. Or maybe I read Beth Carroll’s piece about Nice Girls and it stirred something within me.

Someone, please tell me, because I’m confused. Why is it the same people who argued with me in those churches about the Christian duty to uphold the rule of law, who today proclaim that only God, not government, can tell them what to do? Yesterday, it was so important that those desperate brown people obey the law, however illogical and inhumane said law was, instead of saving their child from death. But today they don’t love the 80-year old saint three pews down enough to sing in their own homes for a few more months. Yesterday, it made total sense that a Christian activist was going to go to prison for putting water in the desert dying migrants. But today, it is the suggestion that one should wear a mask at Walgreens that is violating one’s inalienable rights.

And what are the pastors supposed to do now? How is a pastor supposed to shepherd these folks, who are clearly unwilling to consider that their life is not the only life, that a disciple who refuses to be humble and loving is simply not a disciple, and that America has become their golden calf (whatever it is that they believe America means anyway)? Their pastor’s kid needs braces. Their pastor’s wife needs groceries. Their pastor is afraid. If I was their pastor I could completely see myself simply letting them sing, and praying that no one dies.

This is such a colossal failure of Christian discipleship, generations long. I’m so tired. And, frankly, so afraid for the church.

We have struggled for so long to find empathy for the world’s most obvious neighbor in need. And today we cannot sacrifice the world’s smallest joy for our vulnerable neighbor. So we have no right to claim that we are following Jesus.

Photo by Haley Rivera on Unsplash