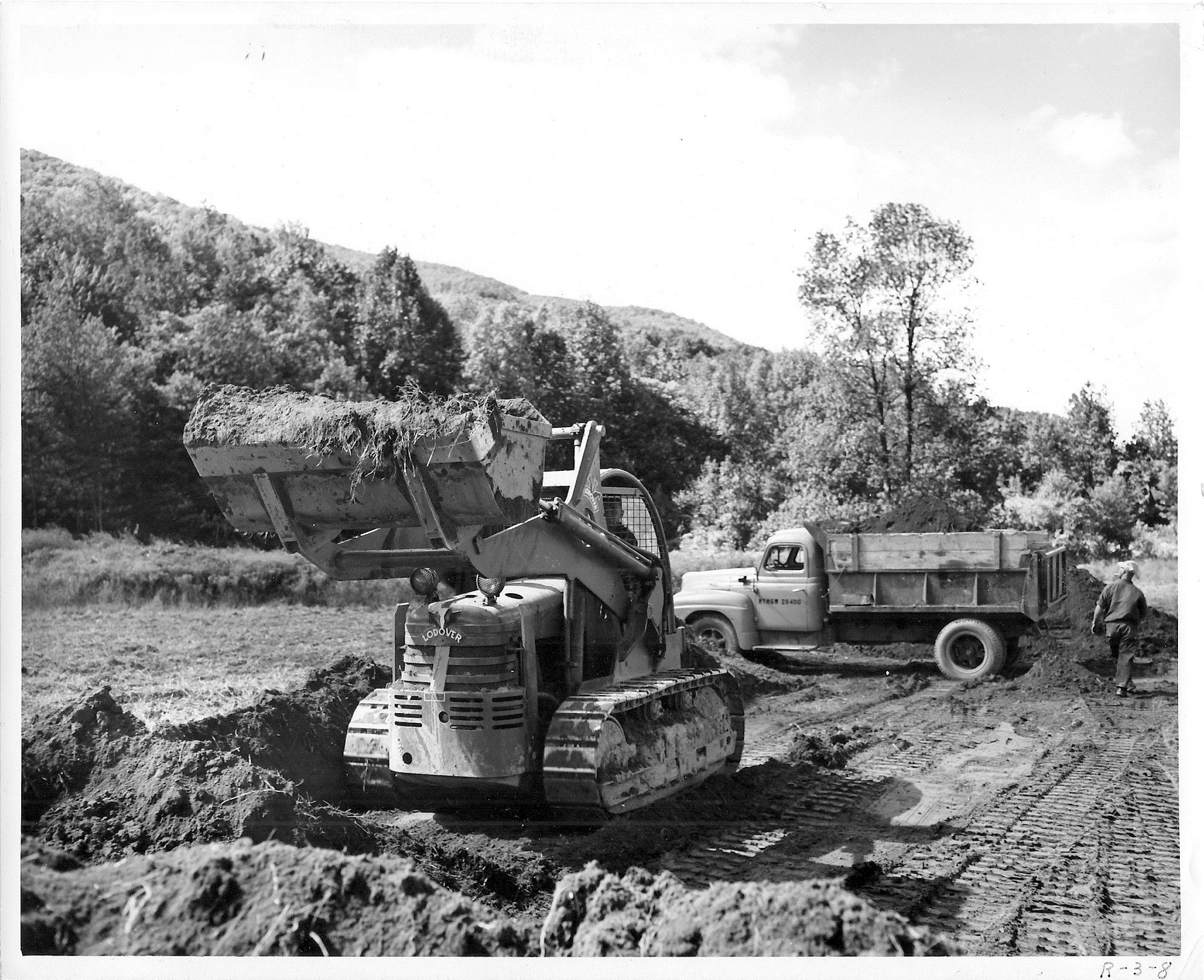 In the summer of 1964, I had turned nine years old. My mom was sick and dying, and my dad was pastor of First Reformed Church in a distant Chicago suburb.

The church was expanding, adding an educational wing and an annex to the sanctuary. I was fascinated by the process of construction — the equipment, the number of people it took to get the building underway, and the labor involved.

In those days the footings for the foundation were dug by hand. One of the workmen digging the footings was named Sam, an African-American man. He took a liking to me. I would show up at the work site armed with a modest garden spade, but Sam patiently would encourage me to use it as we excavated for those footings.

I remember that Sam would sing and hum while he worked. I recognized those tunes as hymns — always hymns.

When it was lunch time, I would sit outside with him and have a sandwich. Before he ate, he would take off his cap, bow his head and pray.

My preacher dad couldn’t converse with anyone without asking if they knew Jesus Christ as their personal Lord and Savior. Sam was quick to respond and told my dad that he was saved and was a member of a Baptist church.

“Well, you ought to come to worship with us sometime,” my dad said. “Bring your wife.”

Sam was thrilled to get this invitation — and I, too, was happy that my friend, Sam, might come and join us some Sunday in church.

My mom often was too ill to attend worship, and my older sisters sat with the young people’s group on Sunday evenings. That meant I usually had to find my own place to sit. Sometimes I sat with other families or with the radio technician in the balcony.

When the Sunday evening arrived that Sam and his wife would be joining us for worship, I was eager to have them sit with me in the pew reserved for the pastor’s family.

The service was set to begin at 7:00 p.m. Around 6:30 p.m., dad and I waited in the church narthex for Sam and his wife to arrive. They were right on time, and Sam looked so much different in a suit!

Sam introduced my dad and me to his wife. We provided each of them with bulletins so they could follow the order of the service.

Then dad escorted the three of us to the center aisle entry to the sanctuary, pointed to the back pew, and said, “You can sit here.”

Later that night, I asked dad, “Why did we have to sit in the back?”

I didn’t know. We had never had a black person in our church before.

Many years later, I joined a large Presbyterian Church. I was drawn to the church because of its excellent music program. I enjoyed singing in the choir and forged friendships and relationships there that are still meaningful today.

One Sunday, the well-known minister of the church declared in his sermon, “If you are a homosexual, you are not welcome at the Lord’s Table in this church.”

Sam couldn’t keep his race hidden, but I had been living with a dirty little secret.

Growing up Reformed, we learned that God never lets go of us. If there is anything I can recall about Reformed doctrine, it would be this.

In the book of Acts, the story is told of the Apostle Phillip, who had been led by God to travel to Gaza when he encountered an Ethiopian, a black man, an African, who also was a eunuch. Eunuchs were excluded from Jewish worship. But here was this black man, a eunuch reading from the prophet Isaiah.

Phillip, intrigued by this, asked him if he understood what he was reading, then shared with him the good news about Jesus and how this prophecy had been fulfilled, resulting in the Ethiopian man asking, “Here is water. What is to prevent me from being baptized?”

The Ethiopian man was baptized by Phillip.

There was no hesitation due to the color of his skin or his sexual identity.

The church building where Sam worshiped with me is no longer part of the Reformed Church in America. They left to follow a more narrow path, one that allowed them to continue excluding women from ordination to church office. I have no idea what the racial make-up of the church is now, although the community is largely African American. I am hopeful they might now, more than a half-century later, be welcoming people of other racial and ethnic backgrounds.

It should be so easy to see that God doesn’t care about the color of our skin. I remember in Sunday School we used to sing, “Red and yellow, black and white, all are precious in his sight.”

It also should be clear to see that God doesn’t care about our sexual or gender identity. The eunuch was baptized and welcomed as a child of God, without reluctance.

Racism, homophobia, misogyny, exclusion of the elderly, and those of below average intelligence, exclusion of those who are hearing, visually and physically challenged, or those with cognitive impairments, any type of marginalization whatsoever is never right — but especially so in the life of the church.

We are all made in the image of God and are in God’s loving embrace.

And lest you think I’m pointing a finger or blaming or accusing someone of something that isn’t right. I recognize the work I have to do in this area, as well. In Reformed circles, I think they call that sanctification.

In these days when our nation is torn by racism, and our churches are divided by issues around sexuality, may we all come to recognize the height, the depth, and the breadth of God’s gracious embrace for each of us. May our love for others be a reflection of God’s love for us.

Thomas M. Folkert was raised in the Reformed Church in America, and is now an Episcopalian living in Kalamazoo, Michigan. He has enjoyed a career as a funeral service professional and has served as Director at Music at several prominent Michigan churches.