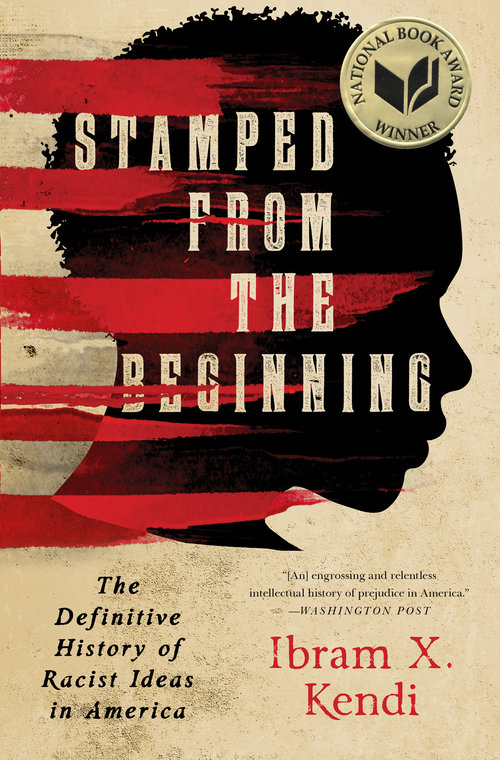 Stamped From the Beginning

On the floor for the U.S. Senate, debating a bill to fund education for black Americans, Senator Jefferson Davis explained “this government was not founded by negroes nor for negroes,” but “by white men for white men.” This education bill was based on the false notion of racial equality, according to Davis, the “inequality of the white and black races” was “stamped from the beginning.” It was April 12, 1860.

Ibram X. Kendi’s book, Stamped from the Beginning: The Definitive History of Racist Ideas in America explains racism this way: “any concept that regards one racial group as inferior or superior to another racial group in any way.” Many Americans think there is something wrong with Black people. To say there is something wrong with a group is to say something inferior about that group. All racial groups have lazy, unwise and harmful members, as well as industrious, wise, and harmless members. No racial group, according to Kendi “has ever had a monopoly on any type of human trait or gene –not now, not ever.” Kendi goes on to differentiate between the three sides to racial arguments: segregationists, who blame Black people themselves for the racial disparities, antiracists, who point to racial discrimination as the reason for racial disparities, and the assimilationists, who argue both sides, saying that Black people AND racial discrimination are to blame for racial disparities. Assimilationists are particularly tricky. They often embrace biological racial equality, but point to environment – climate, discrimination, culture, or poverty as the reasons for inferior Black behaviors. As a result, assimilationists encourage Black Americans to just be more like White Americans culturally and physically.

So what explains these racial disparities? Kendi argues that since the fifteenth century, it has been a three-sided battle – antiracist ideas against segregationists and assimilationists, with good and evil both failing and triumphing. Consider, for example, the ways that Americans claimed Black cultural, behavioral (or both) inferiority yet refused to acknowledge those claims as racist. Instead, they claimed the inferiority of Black Americans was due to God’s word, nature’s design, science, or ‘common sense.’

For me, Kendi’s most powerful point was this one: “time and again, powerful and brilliant men and women have produced racist ideas in order to justify the racist policies of their era, in order to redirect the blame for their era’s racial disparities away from those policies and onto Black people.” Most of us are taught that ignorant and hateful people produced racists ideas, and then they instituted racist policies. But Kendi contends that racial discrimination led to racist ideas, which led to ignorance and hate. One of my history professors always claimed that history was really just humanity looking for ways to excuse their bad behavior.

I hear an awful lot of assimilationist talk, in addition to racist and antiracist talk. What does it look like to be a white American who is antiracist?