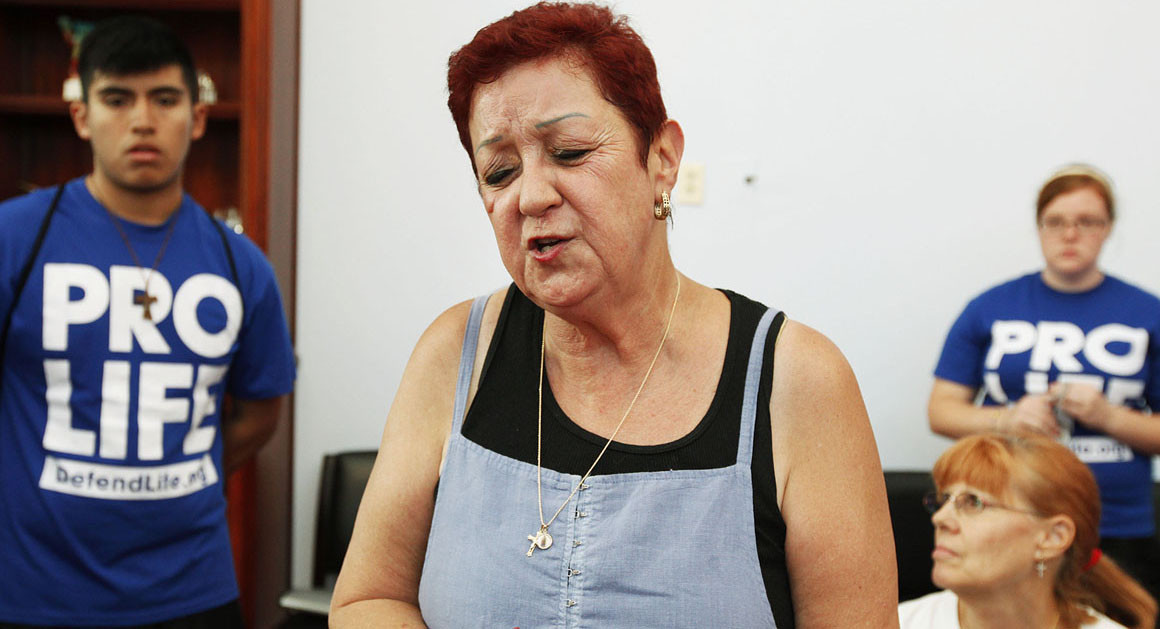 Two weeks ago, the news surrounding abortion was big. In a new documentary on FX, AKA Jane Roe, Norma McCorvey admitted that not only had she been paid off by the antiabortion movement but also that she had been instructed exactly what to do and say in her role as a spokesperson for the cause.

Norma McCorvey was Jane Roe in Roe v. Wade, the case that legalized abortion in the United States. Attorneys in Texas wanted to bring a case to challenge the state’s ban on abortions and were looking for a young, pregnant woman who had been denied an abortion in Texas and was too poor to travel out of state to get an abortion. McCorvey fit the bill and soon became the face for reproductive rights in America.

In the mid-1990s she suddenly went public with a change of heart — she announced that she’d become pro-life and soon became a fixture of the anti-abortion movement. The big shock of the new documentary is McCorvey’s admission, over two decades later, that she was paid by the movement and instructed what to say.

This revelation calls into question the authenticity of her conversion to the anti-abortion cause, long prized by many in the movement. And McCorvey herself expresses sadness and bitterness about being used in this way. I found the documentary and McCorvey’s revelation and reflections on the anti-abortion movement profoundly sad.

McCorvey’s revelation, that she was essentially a puppet for pro-lifers, isn’t a surprise to me. This is in part because my own research on anti-abortion activism has shown that the movement has rarely been afraid of fighting dirty or taking an ends-justify-the-means approach. At its formation, some key leaders prized consensus and coalition-building efforts to broaden the scope of the movement. These practices, however, largely gave way in the early 1980s. In fact, my research documented an increasingly extreme partisan stance and escalation in tactics.

The documentary makes it clear that Jane Roe was a pawn in this game — its biggest prize. But pro-lifers didn’t care about Norma McCorvey. She only mattered in as much as she could help them end legal abortion.

In light of the events of the past 10 days, I’ve been thinking about how this is not too dissimilar from the movement’s approach to race. The movement selectively invokes race as part of its rhetoric without a deeper commitment to racial justice and equality.

Most frequently, abortion foes frame legal abortion as racial genocide, citing statistics about rates of abortion among women of color. On the surface this rhetoric might seem harmless, but in the end it does little to address the harm caused by systemic racism in this country. In fact, it lets pro-lifers off the hook from doing anything to oppose racism now — after all, they’re too busy protecting unborn black babies, right?

Black lives are simply a tool, another tactic used in service to the cause. Moreover, there is also the question of the movement’s ties to known white supremacists and a disturbing overlap in rhetoric, tactics, and supporters.

These tactics and rhetoric and the movement’s own problematic history are especially troubling in light of recent events. While anti-abortion activists are ready to invoke their values in defense of the unborn, they are decidedly less willing to stand up for black lives now. And even if they say they oppose racism, many are not so quick to take action to end it.

The vast majority in the anti-abortion movement continue to support a president who time and again has promoted his own racist policies and blatantly pandered to white supremacists. He’s pro-life after all so it can all be excused. His heinous actions otherwise don’t matter — it’s all in service to the cause. Antiabortion rhetoric about black lives rings hollow given the close alignment of the antiabortion movement with the Republican Party, a party that in the last fifty years has devoted itself to a range of racist policies and practices and to upholding white supremacy in this country.

If we return to the story of Norma McCorvey, we can see what the payoff of this tactic was — its cost in one woman’s life. In the documentary, Rob Schenck takes a rightfully remorseful tone when he hears the news of McCorvey’s claims. And he laments the way the antiabortion movement treated McCorvey: “For Christians like me, there is no more important or authoritative voice than Jesus. And he said, ‘What does it profit in the end if he should gain the whole world and lose his soul?’ When you do what we did to Norma, you lose your soul.”

That’s a sentiment more pro-lifers need to reflect on today — in being so single-mindedly focused on opposing abortion by almost any means and by relying on the support of the Republican Party and Donald Trump, what is being lost and how is the dignity of human life being diminished?