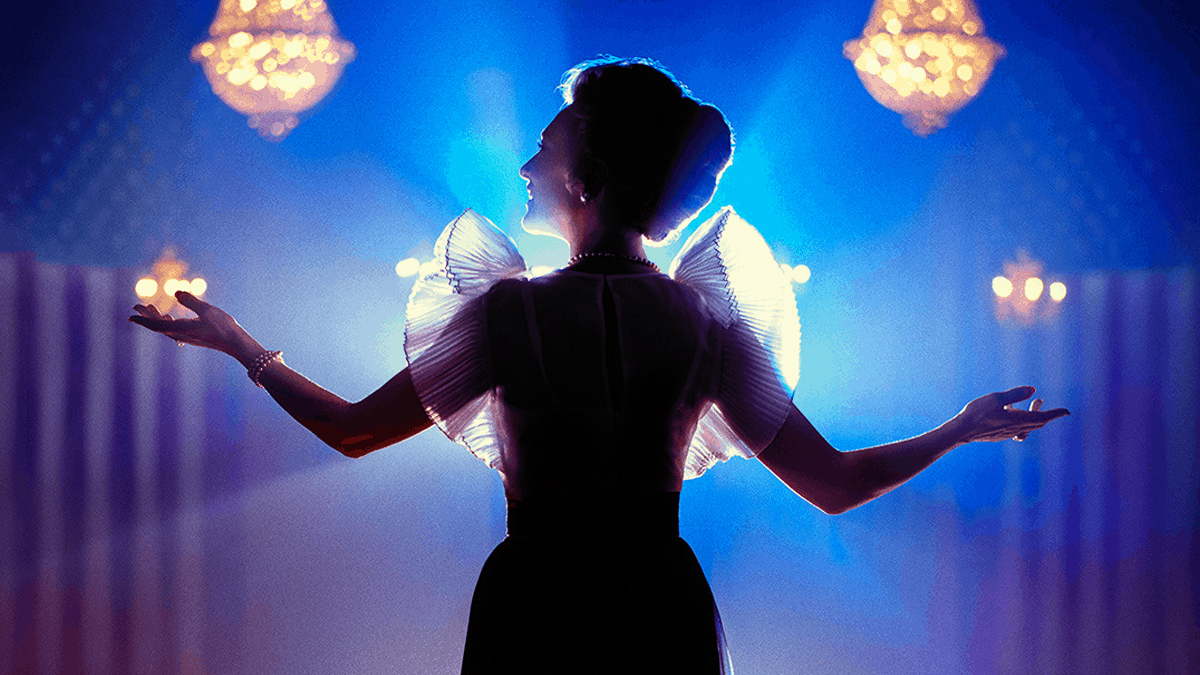 A Matter of Course

It wasn’t until my thirties that I even considered not wearing a slip. This is not, perhaps, the most shocking admission, though it may be one that results in some of you not continuing this essay, either because it strikes you as silly or TMI or maybe because you are young enough to have no idea what such a garment is.

But such small, but important, life markers have been on my mind of late for a number of reasons. For one, I’ve been watching Hulu’s Mrs America over the last several weeks (the show finishes tonight)—and it is like watching my childhood on the screen. The story of the drive to ratify the Equal Rights Amendment is played out over nine episodes, chronicling both “women’s libbers” and the ERA’s opponents, most notably Phyllis Schlafly. Though both sides represented have criticized the show—Gloria Steinem said last week at the Hay Literary Festival that it gave too much credit to Schlafly in ERA’s defeat, and Schlafly’s daughter has complained about her mother’s depiction—the series is not only grounded in historical sources, but, as with the best of creative non-fiction, it also feels right.

Part of that is down to the incredible costumes and set design. The interiors take me right back to my 70s childhood. In one recent episode, for example, one of the anti-ERA women uses the exact Tupperware container (down to the color) that I inherited from my mother. Part is the portrayal of these women as quite human and very flawed. It doesn’t paper over the differences among feminist leaders nor does it downplay the ambition and drive of Schlafly and her allies. Like a new book just out in England entitled Difficult Women: The Story of Feminism in 11 Fights, the series is unapologetic that these women were “difficult” (whatever your definition of that might be) and that they deployed power in ways that our culture is still not completely comfortable with.

As a member of Gen X, these are the women I grew up with. Both sides.

At school, we were told we could pursue anything we liked. Sports opened to us because of Title IX. We witnessed the 1sts of Sally Ride and Sandra Day O’Connor and Margaret Thatcher. We sang songs from Free to Be, You and Me (also featured in Mrs. America) with its critique of housework and gender roles. My parents encouraged me into every activity, celebrated every academic achievement, never pressured me to conform or dumb myself down. Although the films of the 80s show just how pervasive sexism was in my high school days, the message was still that women could and should achieve. Dressed in our culottes and jeans, we were supposed to be the fulfillment of 2nd wave feminism’s hopes. We would be the first women able to “have it all.”

But if you were a church girl, particularly in a more traditional denomination, the message was oh so different. In my upbringing, I never once heard a woman preach or knew any ordained women. Such people I heard “did not have a high view of scripture.” I never met a woman elder, though when my grandmother became a “deaconess,” I was inordinately proud (at the time, I couldn’t have articulated why). Of course, there were women speakers: at women’s events or, in church, if they were missionaries or “sharing” (not preaching and didn’t talk from the pulpit). And they could teach Sunday school and Vacation Bible School. Or, as in Mrs. America, they could lead women’s groups. In Christian determinations of “ladylike” and “feminine,” slips and pantyhose and girdles and dresses were very much required, much as they are for the impeccably coiffed women in Mrs. America. I never wore pants to church, not even to the freezing cold outdoor “sunrise service.” But when I asserted my admiration for Deborah the judge in junior high Sunday school, I was told that she wouldn’t have been a leader except that a man had “shirked his duty.” When I left for graduate school in 1990, a woman in my church asked me if I wouldn’t rather have an Mrs., rather than a Ph.D.

I realize that none of this is new or surprising: my story is shared by so many women in my generation. Ada Calhoun’s recent Why We Can’t Sleep synthesizes the experience of Gen X women and the ways that experiences and expectations of our youth have led to crisis in midlife.

But for me, it comes back to this idea of power. It is fascinating that both sides featured strong women—and when both sides exerted strength, they were vilified, just in different ways. Authority was always un-ladylike.

Which brings me to the second reason all of this has been in my mind: this year, I finally accepted a nomination to serve as an elder in my church.

In some ways, this should be no big deal. While I was in graduate school, I intently studied the role of women in the church and came to the conclusion that a person could be faithful to scripture and hold to the ordination and full participation of women in leadership. I know and admire and have learned from many gifted women pastors. And this has long been a possibility for me as people have graciously nominated me in the past.

I have found actually proceeding through the nomination process, however, extremely moving. In ways, to be honest, that I found quite unexpectedly surprising. The sheer mundaneness of it, for one thing. Watching Mrs. America and remembering all the tumult around gender in my upbringing, I would have never imagined as a child that I would be nominated to be an elder in middle age and that that nomination would seem like a matter of course. There was no kerfuffle nor any suggestion of 2nd class citizenship (a.k.a. you can do it because some man “shirked” his duty). Just a loving invitation to use my gifts alongside everyone in my church. And the unambiguous assumption that men and women are both given authority to make decisions together for the good of the kingdom.

I suppose the final reason that this has all been percolating is that I’m preparing to begin a summer course next week on Gender and Literature, so I’ve been thinking about the histories our students know, the stories we tell them, and the stories they envision for themselves. Obviously, so many gender-related inequities remain, including within the church. As part of the class, I’m going to be asking them to talk with their mothers and grandmothers and other female relatives to understand more of the older generations’ experiences, lest they be lost or taken for granted. I hope their sense of history will be deepened and their sense of their own possibilities expanded.

But if nothing else, our shaping narrative begins with a risen savior who showed himself first to a woman and empowered her to proclaim that amazing news. That is the charge for women of every generation, whatever our histories and circumstances. No slip required.