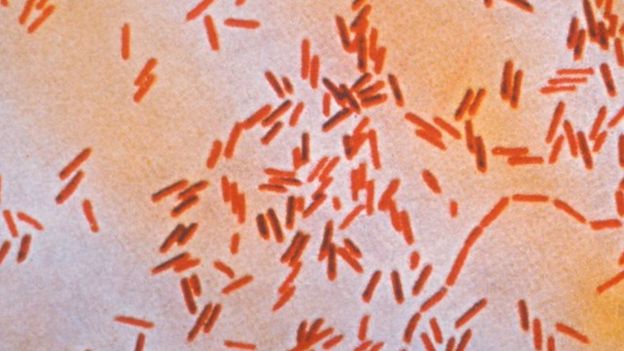 In 1883, Mary Mallon immigrated to New York City. Alone. At the age of 14, Mary left her home in Cookstown, Ireland and journeyed to NYC, where she lived with her aunt and uncle. Mary left no record of this journey, though I would guess it was difficult and taught Mary both the good and bad of the world we inhabit. The public record indicates that her aunt and uncle both died of unknown causes, though in the late 1800s, it could have been any number of reasons, which means that Mary was on her own again, an immigrant and a single woman without familial support.

Apparently Mary became a cook, which was a common profession among the Irish immigrants though the late 1800s demonstrated distinctive prejudice against the Irish as a whole, and Irish women as domestic workers in particular. According to her references, Mary was an excellent cook, a hard worker, and in perfect health. In August of 1906, Mary worked as a cook for the family of Charles Elliot Warren in Oyster Bay, New York. Three family members and three servants developed typhoid fever shortly after Mary was hired. But Mary herself never became ill with typhoid. In turn of the century America, most had accepted germ theory of disease, that microscopic organisms invisible to the naked eye caused diseases. I have spent a great deal of time trying to explain germ theory to my children of late. That invisibility part is tricky to explain, I’ll admit. The most common cause of typhoid is water contaminated with salmonelli typhi, which is a bacteria that can live for weeks in water or dried sewage. Typically, the bacteria from sewage could easily leak into the water supply and contaminate water or fruits and vegetables washed with tainted water. Dr. George A. Soper, a sanitary engineer and widely considered an expert epidemiologist of the day, called himself “an epidemic fighter,” and was called to discover the origins of the outbreak of typhoid in the Warren family in Oyster Bay.

As a wealthy family that lived in an upper-class neighborhood, health officials found no tainted water or any obvious cause of the outbreak of typhoid, which was usually associated with poverty and unclean living conditions. Soper believed that Mary, the cook, was the source of typhoid, but when he compelled her to give blood, urine, and fecal samples, she refused. Soper continued to investigate and believed that Mary was responsible for twenty-four other confirmed cases of typhoid in various homes where she worked as a cook, though Soper was unable to prove definitively that she was the cause. Eventually, Mary was arrested and held in isolation at Willard Parker Hospital, and then removed to Riverside Hospital on North Brother Island, where she lived in isolation for the next three years.

Mary was studied closely by doctors and the experts of the day. She was found to have the bacteria living inside her, apparently coexisting with her immune system so that she was not ever ill with typhoid in her adult life, as far as anyone knows, though it is likely she contracted typhoid as a child as some point, she may or may not have remembered or displayed the usual symptoms. Today, some might call her a super carrier, in that she had the typhoid bacteria and could pass it to others yet never became sick herself. Not surprisingly, her story is not a happy one. Mary was treated by doctors, though much of that treatment was experimental and Mary was an unwilling patient who never trusted the doctors treating her.

George Soper delivered a paper on her case, “Typhoid Bacilli Carriers” at a session of the American Medical Association in June of 1908. Apparently in the discussion that ensued, a participant labeled the carrier as “Typhoid Mary,” and the name stuck. Her story was leaked to The New York American and she was roundly demonized as a dangerous person responsible for spreading typhoid and refusing treatment. Mary protested her treatment in court (and lost), and the reporters talked about her as a witch and sorceress with “strange power” and “one of the few freaks” who “made all ill who came in contact with her.” An illustration in the newspaper showed Mary cooking a boiling pot of water with skulls rising from the steam.

There is much we don’t know about Mary, her doctors, and the world they both inhabited in the United States at the turn of the century. But it seems clear that she did not trust the medical community and that she was not well treated by the medical community, as a patient, as a woman, and as a Catholic Irish immigrant.

In court, Mary made a statement: “I am an innocent human being. I have committed no crime and I am treated like an outcast—a criminal. It is unjust, outrageous, uncivilized. It seems incredible that in a Christian community a defenseless woman can be treated in this manner.”