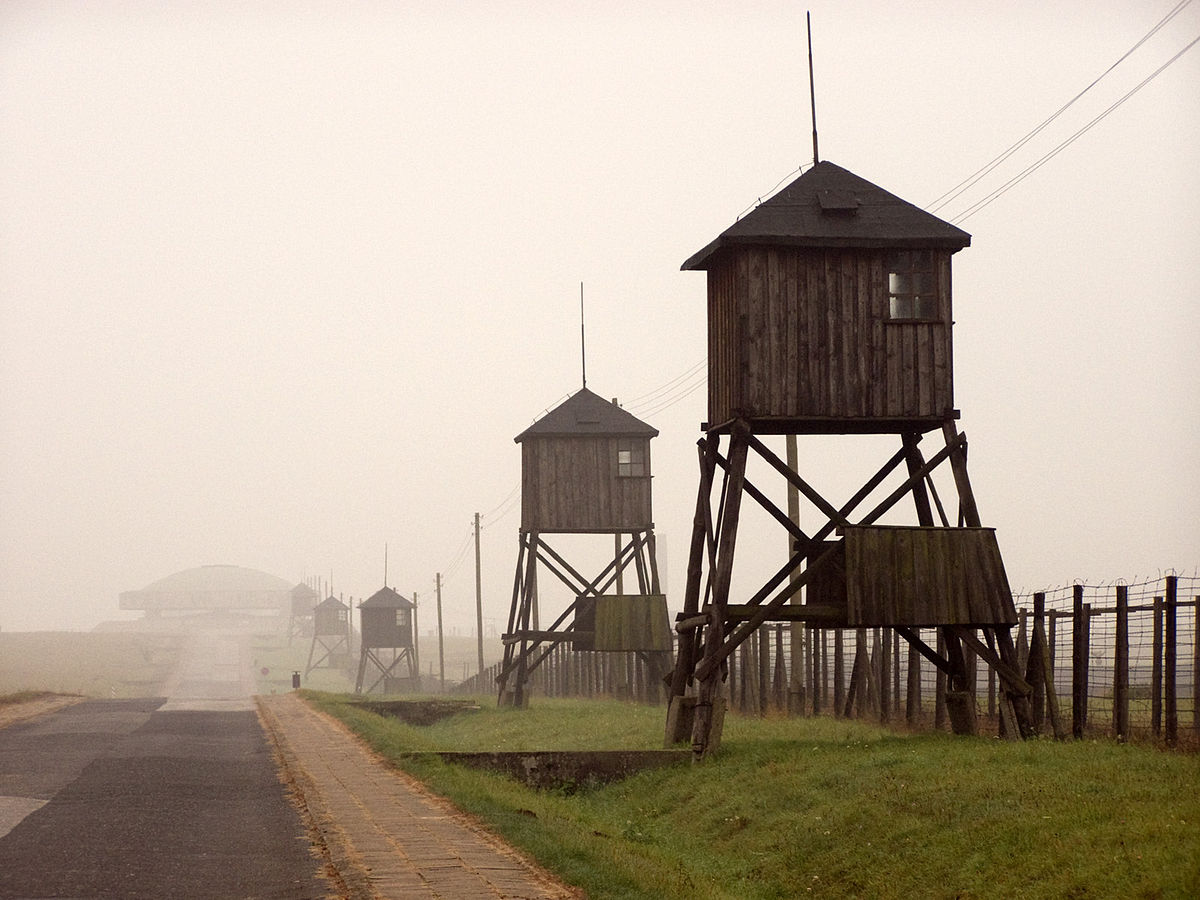 We reflect on the meaning of our lives not because we believe we are so important; we reflect on our lives to discover that we are not alone.
We need to know whether or not our lives are taken up into something larger than themselves, whether or not God is working all things together for good as Scripture claims.
Meaning does not lie on the surface but deeper down. We discover it by self-examination, by tearing apart our experiences and hoping to find the elusive presence of God.
Thus, spiritual autobiography is not a form of self-absorption but self-denial, losing one’s life to find it.

While I was studying at the University of Groningen, the Netherlands, I played basketball for a sports club that was sponsored by the university. Our club received an invitation to play in a tournament hosted by The University of Marii Curie Sklodowskiej in Lublin, Poland. It was a unique opportunity to travel behind the infamous Iron Curtain, so I made arrangements for my wife Judy to travel along. We would be gone for a week.

During a game against a team from the former Czechoslovakia, I broke a bone in the ring finger of my left-hand scrambling for a loose ball. It was a bad break and needed immediate attention. A friend of a friend of someone ferried Judy and me to a Polish hospital in his Russian-made car.

After a prolonged search for someone who could speak English, a surgeon introduced himself, inquired about my background, asked whether I played the piano, and xrayed my finger. After deliberating with the other doctors and nurses, he told me that they had decided not to operate to straighten the broken bone because I did not play the piano. A theological student could live with a crooked finger, they had concluded. I did not disagree.

They got out a splint and some tape.

Have You Been to Majdanek?

Majdanek is a death camp on the outskirts of Lublin where as many as 360,000 people are estimated to have lost their lives. Judy and I had never heard of Majdanek, hidden as it was by the Nazis in a remote corner of Poland and hidden by our own ignorance. The doctors encouraged us to go now that my playing time was over, so we hailed a taxi. In ten minutes, we stood before the gates of Majdanek.

We were utterly alone. Our only companions were black birds swooping against a grey sky and scavenging the grounds for some morsel of food. A steep, layered stairway rose before us. It reminded us of an ancient step-temple, but we were fairly sure that these steps did not lead to the third heaven. Supported above the stairway was a massive piece of rectangular, grey stone, some sort of memorial. It was pocked and marred and looked for all the world like the slag residue of a blast furnace.

We climbed the stairs and walked under the huge stone. The camp spread out before us. It was enclosed by a barbed wire fence with wooden lookouts at standard intervals. A road cut through the middle of it. On the left side was an open area where the prisoners once had worked. On the right side were the barracks, warehouses, and the ovens. A tall chimney betrayed the presence of the ovens. The chimney was square, not round, and looked shockingly like a steeple rising above some church.

Surveying the scene, we could account for everything except for what lay directly before us. About three-quarters of a mile down the road we could see what appeared to be a hill. As we walked toward it, we were able to see it more clearly. It was indeed a hill, a hill sheltered by a huge, concrete dome. We walked up a flight of steps, under the dome, and to a railing. We gazed in silence.

The hill was grey, as grey as the concrete and the sky that embraced it. We saw bits of bone and teeth. And then our eyes were opened. It was a hill of human ash, the ash of all the victims burned in the ovens of Majdanek.

What happened next I find nearly impossible to render in words. I felt contractions in my soul. It was as if a black hole had opened up deep within me, and I collapsed inward. Judy and I continued our tour of the camp, but I was now empty, hollow.

I have since taken many pilgrimages to that day, for something significant happened. I sometimes take students with me. I often take biblical passages. I take them to Majdanek to see if they can shed some light upon what happened and what it means.

I had been living with two different theologies without realizing it. My schooled theology talked of human depravity, but my acculturated theology had been formed around a notion of progress. If one worked hard one got ahead. Jesus had come to make a good world better. I came slowly to realize that as long as I assumed that the fundamental tension in life was between good and better, I would never be able to explain a hill of human ash. I would be moved toward a life of indifference and be inclined to ignore the horrible suffering that human beings can inflict on one another.

I know that I cannot ever fully take in the horror that was Majdanek. I am afraid that anything I may say will sound trivial and that any attempt to encompass it will encourage Christian triumphalism.

Yet this I want to say. In the midst of this heated oven that consumed 360,000 men, women, and children, I was reborn. I opened my eyes on a world of suffering that I did not know existed. I felt a compulsion to cherish this life, to work and to teach so that such suffering would never happen again.

This reflection comes from a forthcoming spiritual autobiography, Trying to See Life Through: Places Thick and Thin, in which I probe the thickness of everyday experiences to find traces of the presence of God.