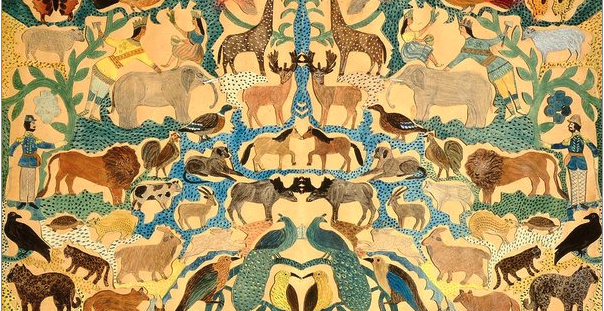 Conference of the Creatures

“All right, everybody. Can you hear me OK?” The Matriarch of all Elephants calls the Zoom meeting to order.

“Dolphin, honey, you need to turn on your translator,” says Matriarch, while the squirrels chitter disdainfully.

Every square on the Zoom screen erupts in a general cacophony of creaturely greetings.

“Settle down now,” says Matriarch. “I’d like to begin by thanking everyone for being here to represent your species, family, genus, biome, ecosystem, etc. I know it wasn’t easy to ‘borrow’ all this human gadgetry for our conference, so I want to thank the raccoons and monkeys for getting the job done.”

Raccoon, in his square, offers a sly smile and takes a bow, making sure his beautiful tail swishes into the screen. Monkey grins and chatters his teeth.

“Let’s take a moment now,” continues Matriarch, “to offer our most solemn thanks to the bats and pangolins for their noble sacrifice in transferring this virus to humans. This whole plan depended on you, and you splendidly achieved species crossover. We could not have imagined how effectively this scheme would disrupt human activity and—hopefully—get their attention.”

Bat, hanging upside down, gives a flap of his leathery wings. Pangolin, her voice hoarse, whispers, “We’re desperate. We had to do something to stop the slaughter. We just want to be left alone!”

“I know, dear,” says Matriarch gently. “We all feel the same way. And we can only hope our message will be received. Humans are stubborn and arrogant and mostly stupid, so … desperate times call for desperate measures, as you know.”

She has more to say about humans, one can tell, but she keeps it professional for now. “Let’s go round and do a mission check-in, shall we? Dog and Cat, how are things with your kind?”

A bouncy German Shepherd is representing domestic dogs. He has been pacing in and out of his screen but now he does his best to sit still for two seconds and report. “Amazing! Just awesome! Our humans are home all the time! Fetch and belly rubs and tricks all day long! It’s the best ever!”

“Remember, Dog and Cat,” interrupts the Matriarch. “Your job is to remind humans that deep down, they really do love and respect other creatures. Got it? OK, on to the water creatures. Dolphin, your report?”

Monkey, whose entire family is tumbling about in the background of his square, sticks his nose in the air and silently mocks Dolphin for talking so snooty.

Matriarch ignores Monkey. “Thank you, Dolphin. We knew going in that the virus was only an attention-getter. It’s not going to repair the larger crisis, at least not directly. Moving on, then. City creatures? Monkey, would you care to share? And by the way, hello to the whole clan.”

At this point, Monkey is at the bottom of a wriggling pile of little monkeys. “Heh heh. Yes.” He disentangles the little ones and they scamper out of frame. “Well, you realize my kind are suffering. Suffering, I tell you! Some of us depend on tourists to feed us, and the tourist supply is entirely cut off. These are tough times. Tough times.”

“Oh for crying out loud!” chitters Squirrel, frisking her tail furiously. “Adjust! Be flexible! Get a life!”

“Agreed,” grumps Raccoon. “My kind are experiencing a severe drop in quality commercial dumpster pickings. But do we complain? No! We just move on to domestic garbage cans.”

“My kind are doing beautifully,” murmurs Deer. She bats her eyelashes and leans out of frame for a second.

“Deer, are you smoking??” exclaims Dolphin.

“Of course,” Deer replies, posing her delicate head just so and blowing out a stream of smoke. “We urban deer are quite accustomed to city ways. We’ve been encroaching on human settlements for years, devouring their hostas and daylilies and garden greens and tree saplings just at the most delicate and tender stage of development. Mmmmm.”

She pauses for another draw. “With the streets deserted, we’ve been having a grand old time all around the world, parading about in herds as if we own the place. Which we do. Or will. We multiply efficiently, you know.” Deer winks her lash-fringed dark eye and gives a toss of her velvety ears.

“Us too! Us too!” cuts in Bunny. “We mow down the humans’ pet plants, too! And multiply! And and and and…” Bunny cuts herself off to whap at her ear with her back paw.

“Yes, you do indeed,” says Matriarch, clearly bemused. “Blue Jay, would you report on birds, please?”

“Sure,” squawks Blue Jay. “It’s been the best spring in a while. So much less of that horrible human engine noise from their awful machines. We birds can hear ourselves much better now. I would say the singing has been excellent this year.”

“We can always hear you, Jay,” says Bunny, tipping her ears this way and that.

“Yes, well.” Jay fluffs his feathers, looking pleased with himself. “Pigeons are reporting that they have the run of public spaces now, which they enjoy, but they do miss the usual amount of human-scattered junk food. Probably better for their health, I say.”

“Same as ever,” laments Pig. “In fact, humans seem to be doing even more eating than usual. Not good for us. Or cows. Or chickens. Restaurant business is down. But still, the humans eat and eat and eat.”

“Fair enough, Pig,” Matriarch replies. “We knew this mission wasn’t going to do much for your cause. Next time, OK?”

“Is it time for pranks yet? Is it?” Rhino interrupts.

“Sure,” says Matriarch. “How is the Prank Initiative going?”

“We are so baaaaaaaaaad,” laughs Kashmiri Goat. All the creatures jump in at once.

“You guys just trotting into town!”

“That rhino run at the zoo was amazing!”

“Oh my gosh, you elephants! That tea garden thing was awesome!”

Matriarch can’t help herself. She’s honking and snorting along with everyone else. “Oh my gosh,” she gasps, “that was SO FUN.” She tries to collect herself, curling her trunk around to wipe tears from her eyes. “However, I want you all to know, we were NOT DRUNK.”

A huge round of skeptical hoots and snorts and squawks.

Another eruption of hilarity.

“Anywhooo…,” Matriarch croons as she calms herself. “Remember: when it comes to the pranks, we deny everything. It never happened.”

The chatter quiets, and then…

“Go on. Please,” says Matriarch. “We were all very sorry to find out that your kind can actually get the virus.”

“Oh I know,” mopes Tiger. “The coughing is so undignified. But that’s not the worst of it. Do you all know about this TV show the humans are watching? It is so humiliating.”

General tsks and moans of sympathy from all the squares. “Terrible!” “What they do to your babies!” “Those cages!”

“Tiger, you have all our sympathy,” Matriarch assures. “But don’t worry. Humans have the attention span of a gnat. They’ll forget about that show in a week.”

“Oh sorry, Gnat. That was insensitive. My apologies.” Matriarch flaps her ears and sways her head to prepare for her final speech.

“Creatures, our free forty minutes are almost up. So I just want to encourage you all and review our mission objectives. It’s been great to have some relief from the humans for a while, but this is all for a bigger purpose. We have to get our message across somehow, and we haven’t done anything this ambitious in a thousand years, not since the Great Lawsuit of Basra of the tenth century.”***

The animals grow quiet. Any mention of those days requires the utmost solemnity. Humans forget so much! But the creatures remember.

“Our goal is to send a single, simple message to humans,” Matriarch continues. “BACK OFF. Know your place and stay in it.”

An eruption of cheers as all the squares light up.

“Humans believe this is their world, but it’s not!”

“They think they’re in control, but they’re NOT!” Matriarch is warming up to her finale, and the creatures cheer and growl and bark and yowl.

“This earth is the Great Creator’s, and we ALL have our place in it! Respect our place!”

“Respect our place!” the creatures respond.

“And leave us alone!” squeaks Bat, above the melee.

At this point, the aggregate noise is overloading Zoom and everyone is getting distorted sound.

“All right, creatures,” Matriarch urges, “let’s wrap it up. Thanks, everyone. Stay strong. Stay safe. Have fun but be careful. Blessing of the Creator upon you all.”

Choruses of “bye” and “see you later” and “tata for now!” One by one the squares close and disappear as the creatures go back to their lives.

Finally, only one square is left. It’s Sloth, tapping about on his keyboard with a long, curved, yellow toenail. “Hoooooowwww…. doooooooooo… Iiiiiiiiiiii…. ?????”

*** Matriarch is referring to The Animals’ Lawsuit Against Humanity, a Sufi tale from the tenth century that was translated into Hebrew as Iggeret Baalei Hayyim, and recently translated into English and illustrated. — Ed.