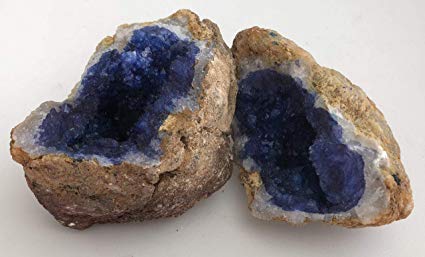 Who of us remembers our early childhood—the warmth of our mothers nuzzling us as infants before bedtime and cooing their love? Or the fear of being left with caregivers whose faces we did not recognize? Who remembers—or better, wants to remember—the disruptive passions of our teenage years?

Yet all these moments do not pass into oblivion. At some place deep inside us—a place we used to call the soul—they are held, and there they align and form patterns like minerals crystallizing inside a geode. As time passes and patterns form, our souls gain substance and assume an identity. We have different names for these patterns. We sometimes call them assumptions, sometimes presuppositions or predispositions. By whatever name, they dispose us to think and act in certain ways.

While the moments of our lives align over time deep within our souls, a few have the opposite effect. These moments breakdown established patterns and force realignments.

We often call them, theophanies, for we sense that God has appeared in some way and given us a new identity and direction in life. These are our burning bush or still, small voice moments. While rare, most of us can recount them if we pause long enough in our hurried and harried lives to remember them.

One of these theophanic moments came to me when I was seventeen years old on a track at Houseman Field in Grand Rapids, Michigan.

From kindergarten through ninth grade, I attended a small primary school with about twenty students in each class. I studied and played with the same classmates for ten years—only a few of them coming or going over the years. We got to know one another well, and we formed a community, imperfect to be sure since we were not always kind to one another. My best friend in those years, who grew up to be a policeman and had seen the seamy side of life, said to me just before he died, “We grew up slowly. We were lucky.”

My life in those years was secure, but my security was threatened when I enrolled in high school. I remember my first day, making my way through the wide hallways where more than one thousand students ebbed and flowed when the bell rang. I felt small and insubstantial amid the whelming flood. Lost. Occupied with such thoughts, I heard a voice on the intercom announcing that anyone wanting to try out for cross-country should meet at 3:30 p.m. in the gymnasium.

I decided that I would try out for cross-country in the fall and track in the spring. I seized upon the notion that sports would be the means by which I could make a place for myself and be recognized in this amorphous community.

Desire is the key to success in sports. But even a world of desire needs muscle. When I entered high school, I was five foot ten inches, bony, but growing. In the first year I had neither the stamina nor the speed to be a successful runner. I never competed on the varsity team in either cross country or track, but consequently I had plenty of time to watch the others. From the sidelines, I witnessed the elemental drama of body pitted against body; the wonder of a runner who draws strength from some place deep inside and speeds to victory; the glory of the applause when a runner with arms upraised broke the tape. It whetted my appetite for glory.

In the second year, I had stamina but not speed. Through sheer determination, I advanced to varsity but never finished among the top runners and seldom received a ribbon or medal. I stood and watched as others ascended the platform to receive their awards and the recognition of the spectators.

In the third year, the speed that had been missing started to show itself. I was now six feet two inches and weighed one hundred and fifty-five pounds, exactly the size of my hero Jim Ryun. Like him, I focused on running the mile. My times improved week to week as did my standing among the other milers in the city of Grand Rapids. I won some races, and my times were approaching the school record, although farther off the city record.

At the end of each track season, all the high schools in Grand Rapids used to gather at Houseman Field to compete against each other in one final meet. It drew a lot of attention back then; thousands attended, and the meet was televised on a local channel. I had lost to a few of the runners who would be in the race, but my coach, Barry Koops, himself a record-holding miler, had given me a strategy. Because I was a tall runner, he wanted me to run each of the four laps at a consistent pace, which would mean holding back for the first two laps even if falling behind. He told me to gain the lead in the third lap and hold it in the fourth with my long stride and momentum.

The strategy worked. I passed seven runners in the third lap, broke into the lead in the fourth and extended it. I took six seconds off my previous best time, shattering my high school record and breaking the city record as well.

And something else shattered, something that I could not have anticipated. Coming down the home stretch and hearing the buzz of the crowd, I broke the tape and bent over with my hands on my knees to catch my breath. People began running up to me and congratulating me on the record. Through the haze of exhaustion, I remember feeling empty and saying to myself, “It wasn’t worth it.”

For three years, I had worked for this moment—countless hours, buckets of sweat, twisted ankles, and shin splints. I thought the recognition would fill me with joy and create a place for me in the community. But there was no joy or community in any of this. I felt as lost meandering among the crowd on the infield after the race as I did that first day in High School. In the very moment of my hoped-for glory, I felt the vanity of it all. Vainglory.

Looking back fifty years later, I realize that my life took on a new direction in that moment. I am never quite sure how our elusive God accompanies us in life, but I wonder now whether God had been present at Houseman Field, breaking through to me and breaking down my flawed assumptions about achievement and glory. It’s not that I knew the future direction of my life in that moment. I didn’t. Yet I had found the pursuit of personal glory to be joyless and lonely. My soul’s desire was not so easily satisfied; my restlessness not so easily calmed.