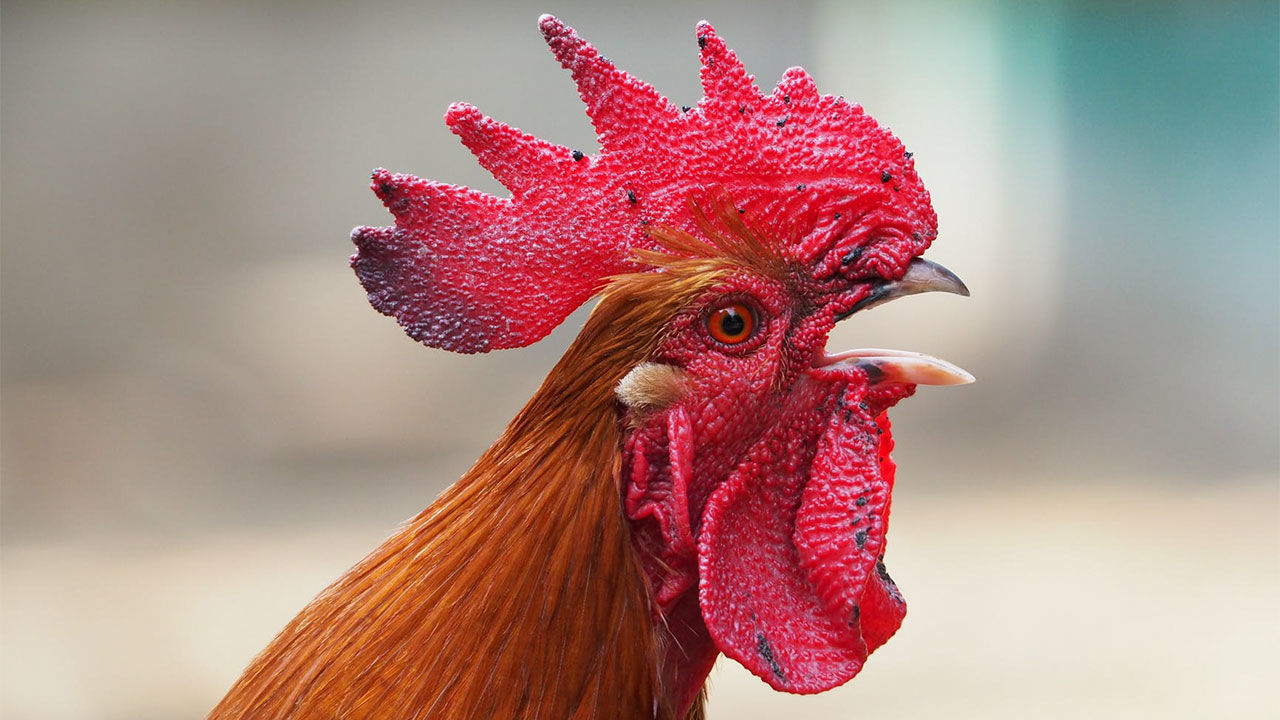 The rooster jolted me awake at 3:45am. I was on a tour group led by Marlin and Sally Vis, midway through a ten-day trek around Israel and Palestine, and we were staying for a few days with Palestinian Christians in the West Bank.

The family I stayed with was warmly hospitable; but they kept a caged rooster directly beside the window above the bed where I slept who was determined that I wake before the sun each morning of my stay. One night as we shared a dinner of za’atar-crusted chicken, I caught myself praying as I chewed, “O Lord, let this be that rooster!” As I lay awake in the predawn darkness that night, I couldn’t help but think of the infamous rooster’s crow that rang out just a few miles north of that apartment two millennia ago.

This Lent, I’ve been interiorizing the passion narrative in St. Mark’s Gospel. And as I have, I’ve been struck by what scholar Raymond E. Brown calls “the total abandonment of Jesus by his disciples.” Judas betrays Jesus. His other disciples fall asleep while he prays in anguish, then run off at the sight of the angry mob scaling the steep slope of the Mount of Olives. One young disciple (maybe Mark himself?) even leaves his clothes in the clutches of the crowd and flees naked. At the beginning of Mark Jesus’ disciples leave fishing nets and family, indeed everything, to follow him — now they leave everything to get away from him.

Then there’s Peter. Peter assures Jesus he’ll never deny him, but Jesus knows the insecurity behind the bluster. While Jesus is on trial in the high priest’s Jerusalem manse, Peter loiters down in the courtyard. He tries to keep his distance, but the night grows chilly, so he inches toward the fire’s warmth, and winds up caught in its flickering light.

“Aren’t you with Jesus?”

He starts small, feigning ignorance, but the whispers and the questions keep growing, till Peter is spewing profanity. And then, in the grey dawn, the rooster crows.

John Calvin wisely observes that “Peter’s fall… brilliantly mirrors our own infirmity… The story told of one man contains a teaching of prime benefit for the whole Church.” Peter’s denial in Jesus’ dire final hours is a mirror that shows me what the faithful God does with all my faltering and failing.

Over the last weeks, my wife and I have had several friends who’ve brushed with real failure (their own, or others’): a marital infidelity, an addiction that’s become unmanageable, a deep dysfunction brought to light. And meditating my way through Mark has exposed my own fickleness in faith, my embarrassing inconsistency in apprenticeship to Jesus, as well.

This is part of what the rhythm of Lent does for the Christian community: strips away our pretenses, masks, false selves. And I’m convinced that we have Mark’s Gospel for just these moments.

For followers of Jesus, failure isn’t a threat — it’s a grace. In Mark’s narrative, the disciples’ desertions and Peter’s denials bracket Jesus’ dying love, they frame his dogged faithfulness. Christians don’t need to either minimize, or obsess over failure — it’s merely a gateway through which to experience the extravagance of Grace.

The existence of St. Mark’s Gospel itself showcases this liberating Gospel dynamic. By the time the four Scriptural Gospels were being written down, Peter was the most well-known leader in the Christian movement. He was the first overseer of the church in Rome, the center of the empire. Papias, a second century writer, records how the Gospel of Mark came to be written: Mark was Peter’s interpreter and assistant, and wrote down and arranged Peter’s preaching of our Lord’s story and sayings.

Think about that: what do our public figures do when a scandal or an embarrassment comes to light? What happens when the Access Hollywood video goes viral, or the expose’ starts trending on Twitter? Our normal strategies are to sweep it under the rug, deny, distract. But we have Peter’s lowest moment on record for all time, not because his enemies uncovered it or his critics kept it, but because Peter himself told and retold it, over and over again.

Why would Peter do this? I think it’s because, on the other side of the cross and empty tomb, Peter discovered that Jesus is for failures. That it’s when our pretense is stripped away that we experience being embraced, beloved by God. This is, I think, why the rooster has often enough been a featured symbol in the church’s art and architecture — I’ve even got a good friend whose church’s emblem is a rooster! Peter’s crowing rooster trumpets grace, again and again.

The conclusion of Shusaku Endo’s brilliant novel Silence features a rooster that echoes this same point. Silence follows the journey of a 17th-century Portuguese Jesuit Christian missionary named Father Rodriguez to Japan. A man of rigorous faith, Rodriguez often contemplates the face of Christ; he thinks the face of Jesus more beautiful than anything in the world. As the story unfolds, however, he struggles deeply with the silence of God. He’s eventually captured by the Japanese military, interrogated, and offered the promise of escape from death — if only he tramples on a “fumie,” a bronze image of the face of Christ. The interrogator insists coyly that this is just a formality, but the priest knows better.

Finally, Rodriguez gives in: “The priest raises his foot… He will now trample on what he has considered the most beautiful thing in his life, on what he has believed most pure… How his foot aches! And then the Christ in bronze speaks to the priest: ‘Trample! Trample! I more than anyone know of the pain in your foot. Trample! It was to be trampled on by men that I was born into this world. It was to share men’s pain that I carried my cross.’ The priest placed his foot on the fumie. Dawn broke. And far in the distance the cock crew.”

Meditating on the disciples’ desertions and denials, and reflecting on my own, becomes an occasion to encounter the One who came to be trampled, who carried the cross to share our pain.