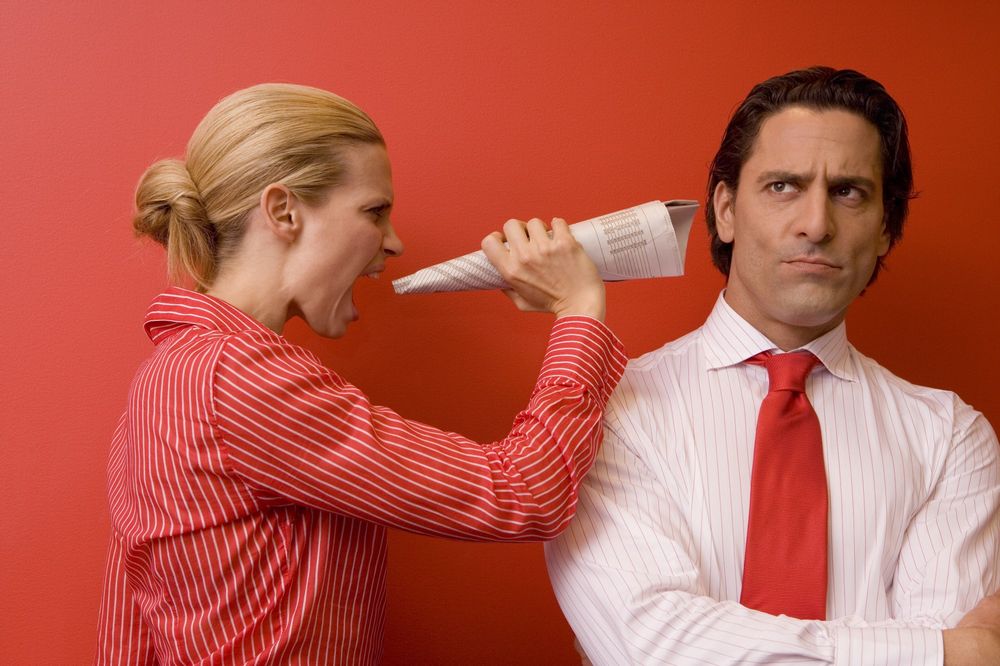 “I wish you would tell my pastor that ‘the love of money is the root of all evil.’ Money is not the problem!”

This woman and her comment pushed about every button I have. A pinched, haughty, know-it-all. “Cow of Bashan” feels about right for her. Obviously, she’s defensive about her wealth. She’s certain that she “knows” the Bible. Using scripture in that my-verse-is-better-than-your-verse manner. Publicly critical of her pastor. Acting as if I could or should correct her pastor. For some reason, putting a warning shot across my bow.

It is widely known, of course, that we ministers all take a top-secret oath to defend all other ministers, especially when the criticisms are about preaching or salary!

Doesn’t this annoying woman, I wondered, have even a shred of self-awareness? Doesn’t she ever ask herself why her pastor’s comments about money make her so defensive? Can the problem totally be with the pastor and a bad reading of scripture?

I’d like to encourage her to entertain the possibility that her pastor’s irritating words just might be the Word of the Lord to her.

The problem, then, is that these same questions get turned back on ourselves. What did it tell me about myself that this woman irritated me so? Why could her single sentence instantly turn me into a seething ball of resentment?

Then an even bigger challenge: could it be that some annoying comments I receive are the Word of the Lord for me? Perhaps their very aggravation is an indicator that God is trying to speak to me.

Don’t worry. I’m not going to be the fall-guy every time. It isn’t always my issues and insecurities. I’m not ready to say that every comment that gets under my skin is automatically God speaking to me. There are times when I’m annoyed because people are abusing scripture, because their view of God is twisted and small, because they speak with an authority they don’t have, because they are wrong. Still…

Ever heard of Shimei?

If I told you that I often read through 2 Samuel for my devotions, would you believe me? You shouldn’t. I do, however, often listen to the British Jesuit daily podcast “Pray as You Go.” Not long ago, they shared the story of David and Shimei from 2 Samuel 16. I’d like to say that I must have read this story somewhere, sometime. If that’s true, I don’t remember it.

A beleaguered King David is on the road while his rebellious son Absalom lays claim to the throne and to Jerusalem. A bold and bitter man with a long memory, Shimei, taunts David. Shimei is a relative of deposed and dead King Saul. He curses David and throws stones at him and his entourage. Shimei considers David to be a usurper, an illegitimate monarch. The blood of King Saul, now dead for probably 20-30 years, is still on David’s hands.

One of David’s bodyguards utters, “Why should this dead dog curse my lord and king? Let me go over and take off his head!” I have never said such words out loud. I may have had similar thoughts. They’re dangerous and corrosive, but quite satisfying at the moment.

David shows incredible restraint and wisdom in his reply. I’d paraphrase it as, “Leave him alone. Who knows? Perhaps I should listen to him. Perhaps I deserve this. Perhaps he is even preaching God’s Word to me.” David is willing to own Shimei’s criticism. Yet David is also hopeful that the Lord sees the distress the criticism brings, and that the Lord will bless him with good for the cursing he endures.

Long before the idea of “mental health” ever appeared, David displays balance, maturity, and self-awareness.

Does this story have to have a moral?

Can I receive criticism as possibly truthful and deserved, maybe even as a message from God? And if the criticism isn’t deserved, can I hope that the Lord knows of the criticism and will bless me for what I endure? “Blessed are you when people revile you and persecute you and utter all kinds of evil against you falsely on my account.”

If only it was so easy. If only we could truly absorb this story in a way that would shape and strengthen, even comfort, our soul. But to tell others or ourselves that we should “Be like David” tends instead to come off as petty moralism, the tsk-tsk finger of failure, the all-too-common and not especially healthy message of swallow, submit, after all you probably deserve it.

I wish David could be an inspiring example of maturity and hope. I wonder if usually instead, we don’t turn such stories into morality tales with the shaming message of “Try harder!”

Full disclosure: After his scrappy performance, Shimei doesn’t disappear from the story. When David’s fortunes turn and he regains power, Shimei and a thousand of his kin come to congratulate David and beg forgiveness. David is merciful. Upon his deathbed, however, David reminds Solomon, his heir, that this pledge of mercy ends with David’s life. At the right time, once David has died, Solomon should take vengeance on Shimei. And indeed, he does.

I guess it just goes to show that it’s hard to be mature, merciful, and self-aware all the time.