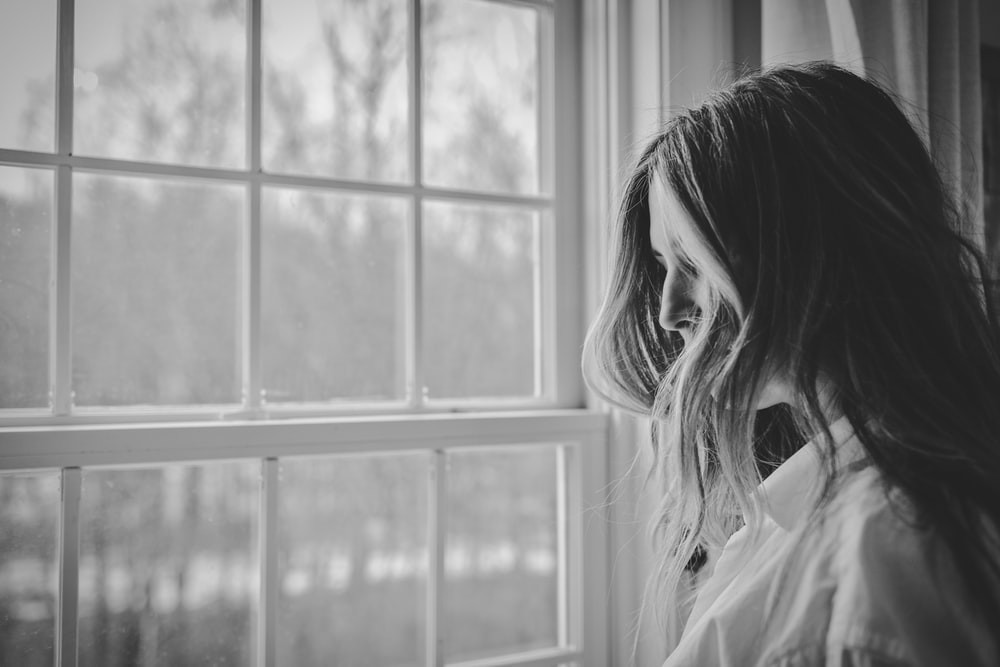 When Our Heroes Fail Us

Years ago, I heard Henri Nouwen on an old recording tell the story of his path from teaching in the Ivy League to living in a community of people with disabilities in Toronto.

He told the story of a female associate of Jean Vanier who surprised him with a visit on a busy day for Nouwen while at Harvard. “I bring you greetings from Jean Vanier,” she proclaimed, standing at the door of Nouwen’s residence as he anxiously asked her pardon while scurrying away to some obligation.

When he returned later, the pleasant aroma of a freshly prepared meal served on his own china greeted him. Nouwen didn’t even recognize the china. His busy life was interrupted that day by a simple greeting. He asked again why she was there, and again she said, “I bring you greetings from Jean Vanier.”

Vanier’s greeting was, indeed, an invitation to a new vocation for Nouwen, who did not immediately jump to it. As the story goes, a depleted Nouwen would later make his way to Trolly, France for a needed respite only to conclude the God, in fact, was calling him away from his busy and lonely life into community.

That compelling story of Vanier’s non-manipulative compassion for and invitation to Nouwen drew me to consume all-things Jean Vanier. That was in the late 90s.

Many of us considered him a living saint. When he passed, Christianity Today published a wonderful interview with biographer Michael Higgins where he noted that “…he was a man who suffused joy—joy emanated from him, joy to find him. He loved being with people. And he didn’t love being people because he was particularly sociable, he loved being with people because they helped him to realize his own humanity. They help to heal his wounds. They helped him to accept his vulnerability.” Stunningly, he went on to say, “I’ve never written a biography of someone who is so utterly without ego than Jean Vanier.”

I woke up on February 22, 2020 to a text from a student who’d taken a class with me on Vanier and the ministry of presence. She was distraught, dismayed. I clicked the link she sent with the title “Findings of L’Arche International’s Inquiry into Jean Vanier.”

My heart sank. The credible investigation found that Vanier engaged in six “manipulative sexual relationships” under “coercive conditions” from 1970 until 2005. Vanier, who taught so many of us about community, belonging, intimacy, compassion, touch, and vulnerability violated all of it by abusing frightened and fragile women.

Six women. Excerpts of statements they made are sickening, stomach-turning. As a therapist, I’ve counseled dozens of sexually abused women. Vanier’s twisted form of spiritual and sexual abuse can’t be rationalized away as a one-time slip up, a consensual liaison.

He used his status, his persona, his influence, and his charisma to lure, to justify, to silence. He used and twisted the Scriptures in some cases. A man who taught about the importance of healthy touch for the most vulnerable among us compelled vulnerable women, without intellectual disabilities, into non-consensual touch.

This is no small story of an unfortunate encounter. This is a long-term pattern of spiritual and sexual manipulation, coercion, and abuse.

I’m rarely shocked anymore. I’ve been studying narcissistic abuse within churches for years, caring for those who’ve been hurt by pastors they trusted, denominations they took vows in. But when I heard this news, I was shocked. It took a full 24 hours for tears to come. And with tears, sadness, anger, even rage. I paced my kitchen saying, “Why, why, why, why, why?” I do not know the six women, but I know well the confusion abuse victims feel.

I remember the woman I worked with who after three years still struggled to trust me, a male therapist. She wondered if I’d violate her, perhaps when she finally let her guard down. It reminds me that this kind of betrayal of trust cuts to the core, inflicting wounds that aren’t easily healed. These six courageous women bear wounds in unseen places – soul scars – a trauma not easily healed.

Each of us is a complicated story of beauty and brokenness. We’re image-bearers brimming with dignity and also self-deceived, shame-laden saboteurs of trust. The “Prince of Preachers,” Charles Spurgeon, once proclaimed during a sermon, “Appear to be what thou art, tear off thy masks. The church was never meant to be a masquerade. Stand out in thy true colors.” Who among us doesn’t hide?

At the same time, aren’t we all looking for heroes of the faith? We venerate great saints, we follow charismatic pastors, we adulate popular authors we’ve never met but whose writings hold something of our fragile stories of suffering or doubt or shame. Do we not long for examples to aspire to, exemplars of a better way?

Just recently, I taught a course on Vanier and the ministry of presence. In a lecture I remember saying something to the effect, “I know we’re all sinners in need of grace, but Vanier may be the exception.” I was joking, of course, but was I really? When I was a young pastor, I had a little wall with pictures of my heroes – Buechner and Peterson and Nouwen and Merton and, well, Vanier.

Scrolling through social media, I read cynical takes about how Vanier’s fall is proof that, once again, no one can be trusted. I see one friend chastise another grieving friend for making an idol of Vanier. Someone parodies the Hebrews 11 “heroes of the faith” passage by filling in the names of fallen leaders of the church over the last few years. I think back to my course and with no small amount of shame I recall how glowingly I spoke of Vanier and wonder if I set up my students for heartbreak.

We are beautiful and broken people in a beautiful and broken world. I long for the “all things new” during times like this more than others. I turn 50 this year, but sometimes I also long for the wide-eyed idealism of my 20’s. I remember lauding Reformation hero Martin Luther as a seminary student before finding out about his anti-Semitic writings. I was inspired by the Anabaptist theologian John Howard Yoder’s vision of a peaceable kingdom before I learned that he did violence to the souls of women. What do we do with slave-owning theologians and institutions as well as unfaithful icons of racial justice? And how do we hold the revelation of a good friend’s double life, a pastor’s suicide, a mentor’s disappearance from our lives?

Living in the already-and-not-yet is painful. Creation groans, and we along with it.

After the revelation of Vanier’s double life, a friend texted me saying, “We’re all just a mess.” Yes, we are. We’re all beloved dust, jars of clay. I believe this.

But, it’s important not to dismiss the particularly devastating impact of a person who abuses his power. Indeed, we’re all sinners in need of grace. But not all of us are trusted megachurch pastors or movement leaders, bishops or bestselling authors.

When an influential pastor or leader uses his position of power to lure women into sexual relationships, this is a profound violation of personal trust, ecclesial vows, and a sacred call. We rightly call it abuse, even an abuse of power.

I’m reminded of the words of Ezekiel:

I never thought I’d quote this passage in a piece about a beloved mentor-from-afar like Jean Vanier, but times like this require a deadly seriousness. Writing to a community who thought of their founder as a saint, Tina Bovermann of L’Arche USA noted that the work of discovering the truth about Vanier came with a “with a mix of pain and resolve,” pain for both the victims and for those who’d likely be crushed by the revelations, and resolve “because truth matters…because the real value of every person matters.”

When leaders betray us, particularly powerful and influential ones, we spend a lot of time jockeying about in conversations about the leader’s fall and far less holding in prayer and compassion those who are survivors of his abuse. Even more, organizations and churches sometimes default to self-protection, offering confusing rationalizations or hushing victims with non-disclosure agreements (NDAs).

In the last year, we’ve seen significant examples of influential churches and networks fumble opportunities for a full reckoning, transparency, and compassion. And yet, Saturday’s revelation about Jean Vanier, while heart-breaking, came with the gift of hope. L’Arche confronted these allegations directly, commissioning a thorough investigation even at the expense of the legacy of its founder and the disruption they’d endure. They chose transparency over obfuscation.

Perhaps, a new legacy emerges from this, a legacy of “pain and resolve” which challenges churches and Christian organizations to, once-and-for-all, dismantle toxic cultures of celebrity and create cultures of safety, humility, and cruciform love. Perhaps our grief can propel hopeful action, manifesting in cultures and systems that are accountable, honest, and healthy.

In a lovely piece written just after Vanier passed, Bethany Fox wrote of L’Arche, “Being a community that honors the embodied and emotional aspects of being human is part of what makes this a place to live that— while imperfect— becomes a ‘school of love’ even in its difficulty.” Though Vanier has fallen in the eyes of most, the “school of love” L’Arche models lives on. L’Arche was never about him, after all. It was always about its core members and a unique ‘school’ where mutual respect, self-giving love, and holy reverence for the image of God in each of us is displayed.

And, it’s an invitation to all of us to become students in this school, imperfect as it is, but aspiring toward a better humanity. L’Arche shows us, in their pain and resolve, just how we love amidst difficulty – with honesty, integrity, transparency, for the sake of the most vulnerable. That is a hopeful takeaway in a moment that feels heavy with grief.

This originally appeared on Becoming Yourself: An Invitation to Wholehearted Living.