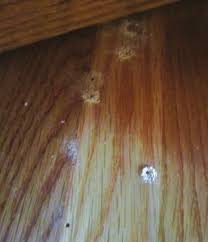 Epiphanies of a Church Building: Interwoven

During the summer the frantic pace of ministry slows down. We set aside most of our programming for a few months while the members of my Michigan congregation flock to the beautiful places around our state to soak up the sunshine and campfire smoke.

As a pastor, the summer offers me time to imagine, dream, and experiment. It’s no wonder that our fall worship series is typically our best organized and most creative. Usually, I even have time to create some kind of visual installation.

I have hung 108 paint sticks to blow in the breeze (one for each member of the congregation), I have crafted large paper bag stars, but my favorite was a wood and yarn creation I referred to as “Interwoven.”

We were beginning a year-long series using the Narrative Lectionary, exploring the story arc of Scripture from creation to new creation. I hoped that the installation would portray the way the individual stories of Scripture are woven together to make up God’s Big Story, moving toward the full coming of God’s reign. In addition, I wanted to evoke the way that God weaves each of us into God’s story by weaving us into God’s people.

One of the creative challenges of these installations is finding ways to actually install them. Our sanctuary is a hundred years old, featuring a sloped floor and 30 foot plaster ceilings we cannot reach without scaffolding. There is no easy way to hang anything, let alone a four-foot by eight-foot piece of plywood strung with yarn.

After multiple nights lying in bed, attempting to puzzle it out, I came to the conclusion that the only safe way to hang “Interwoven” was to put two large screws through the piece and into the original, century-old, decorative wood molding at the front of our sanctuary.

I then spent additional nights lying awake, worrying about what people would say when they realized I had done such a thing. Who was I to mar our place of worship? And yet, I couldn’t think of a different method that wouldn’t leave me worrying that the entire piece would come crashing down in the middle of worship.

So, I relied on a age-old strategy: I worried. I worried about people’s reactions as I went to Home Depot to buy the supplies. I worried as I sat on the floor of the youth room stringing yarn. I worried as my husband and I lugged the piece through the stairways and hallways of the church building to the sanctuary.

And then came installation day. We got out the big ladders and power tools. I stood on the chancel and stared up at the arches I was about to desecrate. And suddenly I noticed something I had never seen before. The molding was already full of holes—small holes from finishing nails, large holes from screws. There were even nails still sticking out of the molding from previous decor.

It seems that in the 111 years of our history I was not the first person to want to hang something in the front of the sanctuary that went beyond the typical banner.

As I stood there looking up at the holes, scratches, and wear of that wall, I remembered that God’s people had long gathered to worship in that space—not as a pristine people who left no damage in their wake, but as flesh and blood folks, with names, faces, and hammers.

In that moment I remembered that I am interwoven into God’s people in this place. People who, for over a century, have sought evocative and beautiful ways to worship the Living God. In that moment I wondered: What had my siblings in faith hung before me? What had they longed to evoke? What had the folks sitting in the pews experienced through their offerings?

Part of me still worried as we screwed that board into the wall, worried that I was doing more damage than good. And yet, part of me was set free by the realization that I was not alone, but surrounded by a great cloud of witnesses and worshipers, interwoven into God’s people.

Sarah Van Zetten Bruins is a co-pastor of Trinity Reformed Church—a delightful, quirky congregation called to share Christ’s expansive love while rooted on the northwest side of Grand Rapids, Michigan.  Along with her spouse, Benjamin Bruins, she parents three school-age children, while always holding a hot beverage to warm her hands.