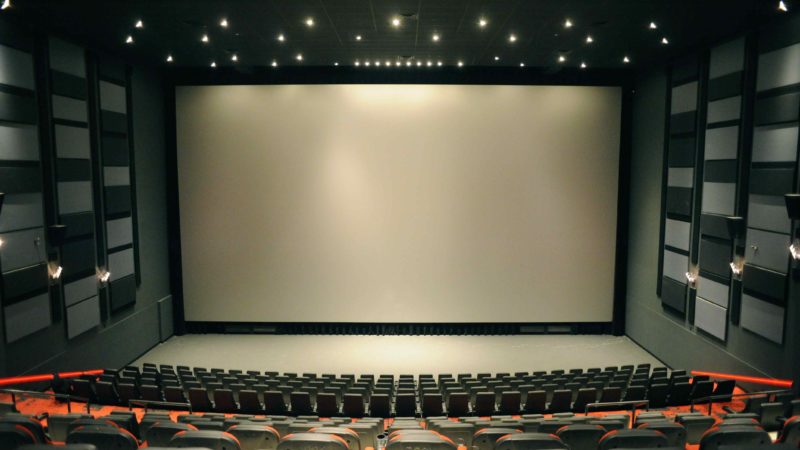 Faith Comes to the Movies: “The Two Popes” and “A Hidden Life”

A few years ago I happened to be walking out of a jet bridge alongside the actor Michael Keaton. He was alone, caught for a moment between the protection of the first class cabin and the bodyguard waiting at the gate. “I admire your work,” I said. “Spotlight was a great movie.” Without slowing down, he answered in that iconic Michael Keaton voice: “Spotlight was depressing.”

Yes, Spotlight, which won the Academy Award for Best Picture in 2016, was depressing. It’s about the efforts of a group of journalists to uncover child abuse in the Catholic Church. You have to gear up emotionally to watch a movie like that.

I am drawn to serious attempts to portray religious faith in movies (films that trust me to think instead of telling me what to think), but I was hesitant about Netflix’s recent film The Two Popes because I knew, like Spotlight, that it touched on the church’s abuse scandals.

When I finally mustered the courage and saw The Two Popes, I discovered my fears were unfounded. Abuse is the undercurrent but not the film’s center. Both Laura de Jong and Jason Lief have touched on The Two Popes in this space lately, so I won’t say too much about it other than adding my voice to theirs as a recommendation.

The film centers on the question of how can people who are different come together, build a relationship, and learn to trust each other. That’s not only the question of the movie, it’s the question of our fragmented, polarized times. We see it happen over pizza and orange Fanta, over soccer, and slowly watch a bond being built. Perhaps the most gripping scenes are when they make confession to each other, which cynical me suspects is pure fiction, but it’s beautiful nonetheless. I was glad I made the decision to watch The Two Popes.

Turns out the movie I needed to emotionally gear up for wasn’t The Two Popes, but A Hidden Life. It is epic in every sense of that word, including its three-hour length. Unlike The Two Popes, A Hidden Life was completely ignored by the Oscars, which is disappointing but not surprising. I wonder if the film is simply too overtly religious for the Academy.

If you’ve seen Terrence Malick’s previous work, you know what to expect. There is incredibly beautiful cinematography that seems to feast on the glories of creation. (Who knew scythes could be so fascinating?) There is more exploration of the inner-world and thought lives of the characters than dialogue between them.

The film moves at its own deliberate pace, demanding the viewer have patience, a virtue most movies abhor. It follows the story of Franz Jagerstatter, an Austrian farmer whose military conscription goes badly when he refuses to swear allegiance to Adolph Hitler.

Jagerstatter’s conscientious objection brings great suffering, not only for him but for his wife, young children, and extended family. The deliberate pace gives viewers plenty of time to imagine what they might do if facing a similar situation.

It is clear Jagerstatter’s act of conscience won’t make a difference to the Nazi war machine. Why take a moral stand if it only hurts yourself and those you love? What is the cost of compromise? How many compromises does one make before turning into a sadistic prison guard or dispassionate judge, willing to sentence innocent people to death?

These are just a few of the questions the film asks. The film’s questions, about good and evil (and God’s role in both), about the power of suffering and the nature of faith, are profoundly theological. This is adult fare with no super heroes, explosions, or chase scenes.

Word must have gotten out, because when we saw it, my wife and I were the only people in a 200-seat theater on a January weeknight. While I appreciated the private viewing, I couldn’t help feeling sad. (Americans avoid movies that portray suffering, but over 100 million of us tuned in to see large, muscular people violently propel themselves at each other last night, but alas, that’s a topic for another blog post.)

I also want to add that I cannot recall hearing the Bible quoted so much in a movie. Some critics have complained that the main characters don’t explain their motivation. Their motivation is their faith, and they do explain it by quoting scripture. The family is Roman Catholic, and in real life Franz Jagerstatter has been beatified by the Catholic Church. As I watched, though, I couldn’t help feeling that this was particularly Mennonite, exploring the implications of Mennonite teaching about pacifism and nonviolence. After all, this was a war movie without one scene of combat. And just to make things more complicated, at times we see actual home movies of Hitler playing with a child or dancing with friends. Who wants to think of him as a human being?

The Two Popes looks at characters very much in the public eye trying to faithfully follow their callings. A Hidden Life tells the story of an anonymous person doing the same.

While I admire the popes, I was moved on a much more visceral level by A Hidden Life’s story of an average person trying to be a Christian the only way he knew how. In the iconic words from George Eliot’s Middlemarch, used as an epigraph at the end of A Hidden Life: “the growing good of the world is partly dependent on unhistoric acts; and that things are not so ill with you and me as they might have been, is half owing to the number who lived faithfully a hidden life, and rest in unvisited tombs.”

Both films should be rated “T” for thoughtful. They are made for audiences of thoughtful adults, like you who read The Twelve, who can handle something that might be “depressing,” and know that life doesn’t guarantee happy endings or clean resolutions.