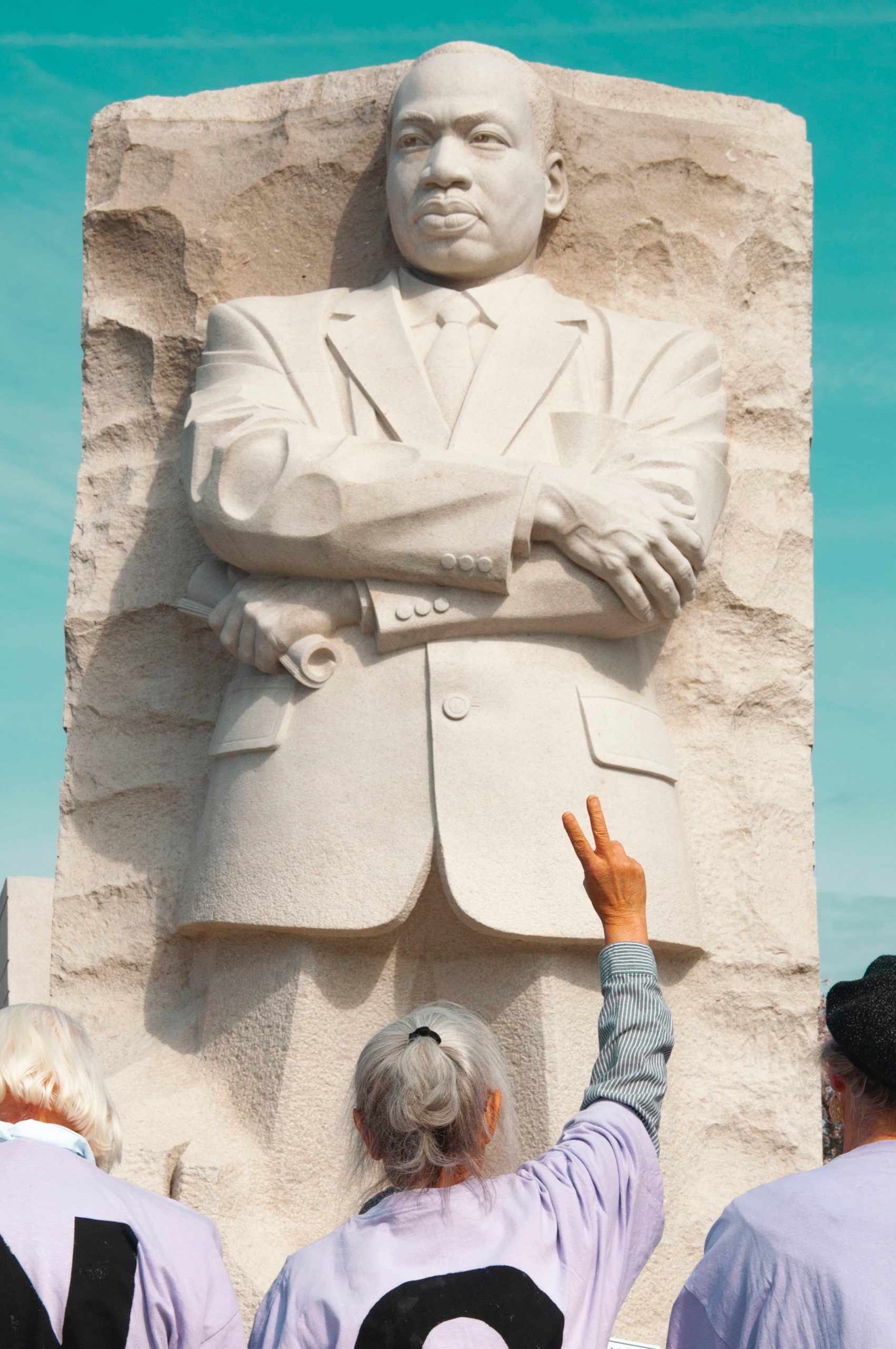 I had a professor in seminary who was the first to reveal to me that sanitized picture of Martin Luther King that we have created in American culture. He was the first to teach me about the “three evils” (not just one!) that Dr. King decried — racism, economic exploitation, and militarism. We read his speeches on the Vietnam War. We studied his frustration with white pastors. We learned of his dream of a Poor People’s March on Washington.

This week, a friend posted a quote from King that I’d never heard before. It was from a sermon, and it felt so current and meaningful to our lives today. The quote itself was stunning and challenging — but so was the analysis of the Biblical text that preceded those lines. It’s a must-read.

Instead of my thoughts on this sermon, I much prefer that folks get a chance to read it themselves. It’s my prayer that you, like me, would find it disquieting, challenging, and moved to answer the call to be peacemakers, which requires the courage to disrupt the peace.

In a very profound passage which has been often misunderstood, Jesus utters this: He says, “Think not that I am come to bring peace. I come not to bring peace but a sword.” Certainly, He is not saying that He comes not to bring peace in the higher sense. What He is saying is: “I come not to bring this peace of escapism, this peace that fails to confront the real issues of life, the peace that makes for stagnant complacency.” Then He says, “I come to bring a sword” not a physical sword. Whenever I come, a conflict is precipitated between the old and the new, between justice and injustice, between the forces of light and the forces of darkness. I come to declare war over injustice. I come to declare war on evil. Peace is not merely the absence of some negative force—war, tension, confusion, but it is the presence of some positive force—justice, goodwill, the power of the kingdom of God.

I had a long talk with a man the other day about this bus situation. He discussed the peace being destroyed in the community, the destroying of good race relations. I agree that it is more tension now. But peace is not merely the absence of this tension, but the presence of justice. And even if we didn’t have this tension, we still wouldn’t have positive peace. Yes, it is true that if the Negro accepts his place, accepts exploitation and injustice, there will be peace. But it would be a peace boiled down to stagnant complacency, deadening passivity, and if peace means this, I don’t want peace.

Jesus says in substance, I will not be content until justice, goodwill, brotherhood, love, yes, the Kingdom of God are established upon the earth. This is real peace–a peace embodied with the presence of positive good. The inner peace that comes as a result of doing God’s will.

Photo by Maria Oswalt on Unsplash