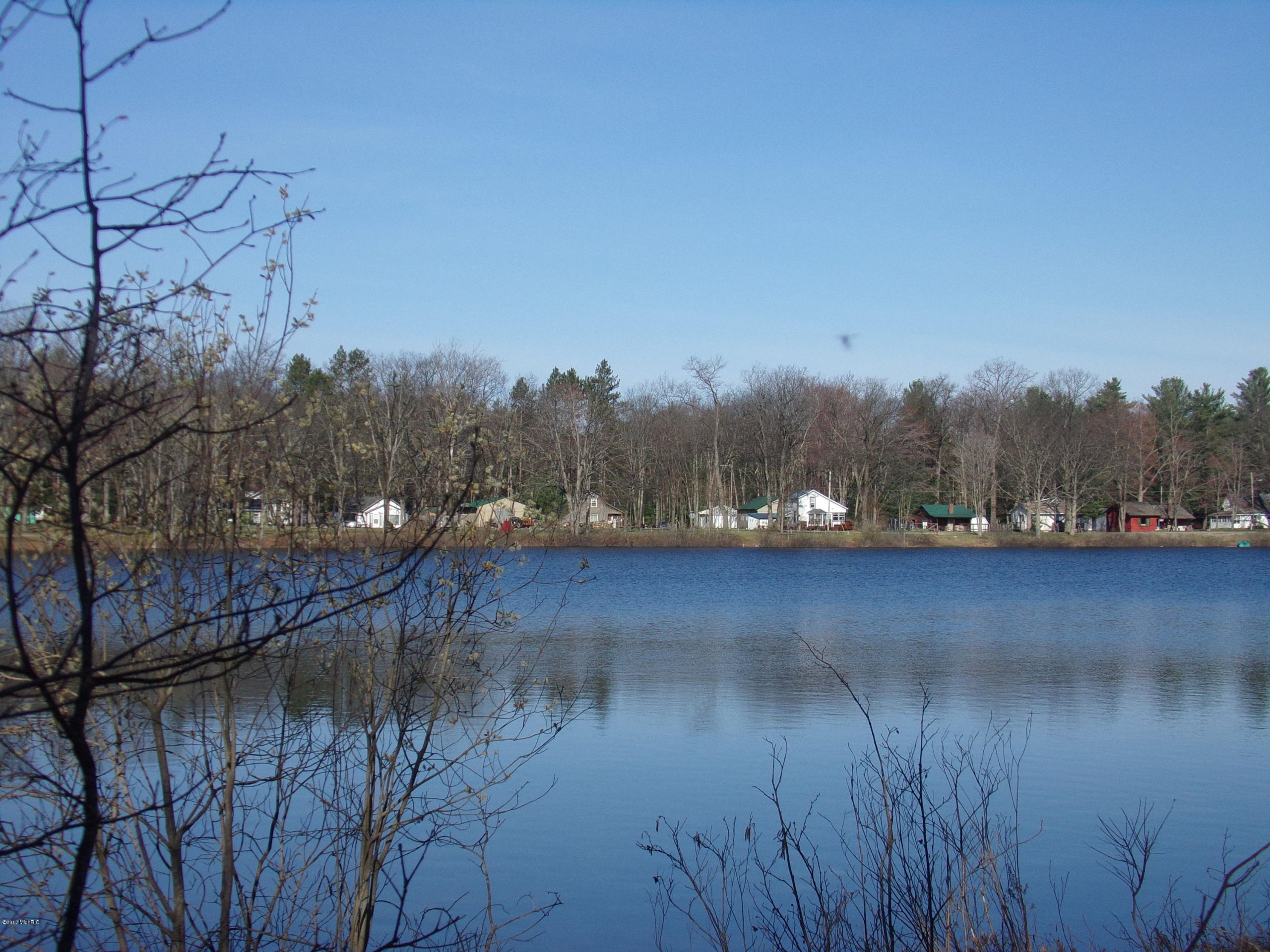 A Transfiguration at Pine Lake

Nearly every summer since 1983, my extended family has rented summer cabins on Pine Lake near Wellston, Michigan. The cabins are what is left of an old lumber camp, the oldest ones made of logs and the “newer” ones of material ordered from a Sears and Roebuck catalog and assembled sometime in the 1930’s.

On the shore of Pine Lake, I have watched my children, nephews, and nieces grow up, marry, and have children of their own. The contours of this beautiful place in the Manistee National Forest are hands that have shaped my soul and hold my family’s history. When I drive down the dirt road and up the slight incline leading to our cottages, the geography awakens memories of moments too often forgotten.

Whenever possible, my sister brought her daughter J.J. with her to Pine Lake. For reasons not entirely known, J.J. did not develop typically as a child. As the years have passed, she has remained a child with a limited ability to speak and care for herself.

J.J. loves to see all her cousins, aunts, and uncles each year. She reaches out to us using the words she knows.

“Fireworks!” is a favorite word. It was branded in her memory the first time we took her to the Fourth of July fireworks display over Crystal Lake in nearby Wellston.

“Meat-market!” she says and laughs because she remembers that her mother once laughed heartily at a joke that had the word “meat-market” in it.

One morning I was sitting by the shore of Pine Lake reading a book when J.J. came up to me and said something that sounded like the word, “Look!” Engrossed in my reading, I tried to ignore her, thinking that J.J. did not really have anything to show me. My eyes never left the page of my book, and I replied, “Yeah, yeah, J.J. I see.”

“Look” she said again. So I looked at her and saw that she was pointing to the lake. I thought that maybe she had seen something, maybe a bald eagle, maybe a fish jumping, something. I looked out over the lake, hoping she would move on and leave me to my reading.

The water was slightly agitated by the wind and each tuft on the surface reflected a shaft of light from the morning sun. It shimmered like a night sky filled with stars. Pine Lake had become a body of water clothed in a garment of dazzling light. For a moment I was unsure where I was. I had never seen anything exactly like this before and would never see anything exactly like it again. The transfiguration of Pine Lake. I have swum its surface. Fished its depths. Read books on its shore. I have brought my children to it, and now my grandchildren. If anyone knows, Pine Lake, I know Pine Lake. Yet there was more to see, and a child had opened my eyes and led the way.

In the early years of the twenty-first century, we are faced with competing views of the natural world. Some believe that it consists of inert, raw material to be manufactured and marketed for material gain. Others believe it is a darkling plain that “hath really neither joy, nor love, nor light, nor certitude, nor peace, nor help for pain.” (Matthew Arnold, Dover Beach) The greed of the one view and the pessimism of the other have rendered people passive while the interdependent systems of the world are collapsing around them.

We Christians believe something quite different about the natural world. We join the seraphim in this song: “Holy, holy, holy is the Lord of Hosts; the whole world is full with his glory” (Isaiah 6:3). The Hebrew word for glory, kavod, does not translate well into English. This is unfortunate because it is such an important word in scripture for describing the heart of God. Kavod means “thick,” “dense,” or “abundant,” and God’s kavod refers to God’s inexhaustible life-giving power that flows uninterrupted from the heart of God. When God’s kavod fills the world, it thickens the interdependent systems of creation and enhances their abundance.

The natural world is not raw material, and its history is not a meaningless succession of events. God’s kavod transfigures the world. We Christians affirm that the world’s interdependent systems—the heavenly, earthly, and human—have a voice and proclaim God’s kavod (Psalm 19).

Even more, we believe the natural world is God’s feast of love to which we are all invited. It is a table set before us and a cup full and overflowing from which our thirsty souls and bodies eat and drink and are restored (Psalm 23). We do not approach the natural world with hearts greedy for gain or hearts indifferent to its pain. We approach it with hearts thankful for its creation and passionate for its preservation.