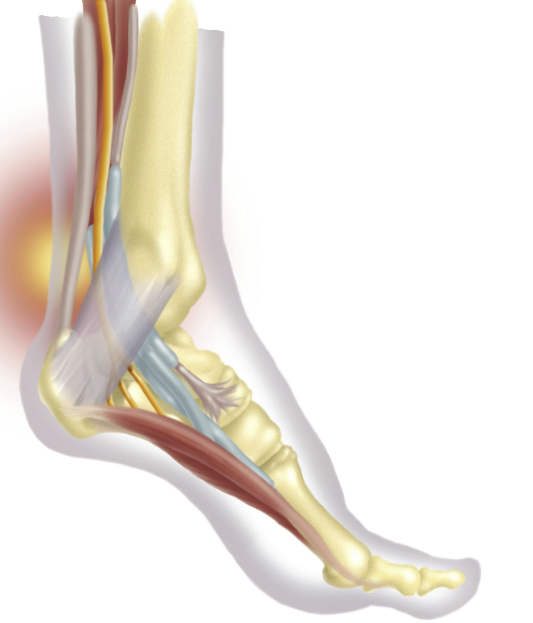 In the summer of 2016, I took an inelegant tumble down a flight of stairs and broke my foot.

So badly, in fact, that the injury even had a fancy French name to go with it. Which, as one of my friends observed, is never a good thing: if it goes beyond “broken” or “sprained,” you know you’re in real trouble.

And I kinda was. In the months following, I had surgery, followed by four months of not walking (or anything else that required much mobility). It was a thrill to be able to walk again—it felt like a miracle, given how shattered my foot was. But it was never without pain. A couple of years in, I went to physical therapy—which helped some—but not completely.

To be honest, I didn’t expect zero pain. As broken as my foot had been, I wanted to be realistic about the limits of healing, and of course, I knew my foot would never be quite the same ever again. I also was well aware of the much more serious chronic pain so many others endure, so it felt self-indulgent to be whiny.

Still, as the years passed, it felt like things were getting worse. My doctor had warned me that arthritis might set in—a sort of reverse, malicious kintsugi. But this summer as I trooped all over London, walking the city as I’ve always done each time I visited, I found I was too hobbled by the end of the day to do anything but hail a cab to get to the hotel. My optimistically purchased Oyster card for the tube went mostly unused because I often felt like I couldn’t realistically walk another step.

I finally decided to risk losing my reputation as someone “low maintenance” and ask my doctor about it. She provided me a referral—and I discovered that there were real reasons for my pain, not just the normal condition of a damaged foot. For one thing, the three screws traversing all my metatarsals had become loose (yes, I know—the jokes write themselves here), so they were now hurting, not helping.

My new orthopedic surgeon was wonderful, validating that my pain was real and providing me with a number of treatment options. She explained that part of the pain was also from the undamaged part of my foot bearing too much and, in the process, becoming damaged itself. Years of walking in pain had affected my gait as well and so pain was begetting more pain.

Though we’re going to pursue a range of options, one of the things she prescribed was a custom orthotic, 3-D printed just for me. The wonder of that little piece of plastic! In the 3 weeks I have had it in my shoe: transformation. It’s astonishing what a little support in the right places can do.

You probably already know where this little parable is going. It’s not a very profound point, but that doesn’t make it any less important.

And it won’t—completely–this side of life.

Even so, are we seeking the necessary support to get through it—wherever/whoever/whatever that might be (and no doubt, in multiple ways)?

What spiritual orthotic might help your walk improve this year, sustain and undergird those still-weak places, provide relief and joy? Help your “inner soul,” as it were.

I don’t have answers, but it’s a good question to ponder at the beginning of January.