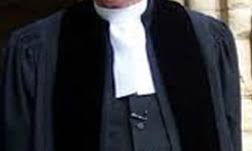 Early on an August morning, I left our cottage in the dark to go see Peter. I drove up past Mountain Grove to get on Highway 7 (here the Trans-Canada) for the three-hour drive. Through Kaladar, Madoc, and Marmora, the road is a fast two-lane on the Shield, all rock and water and pine. I made good time in the growing light, playing tag with the odd transport and watching out for the OPP.

Peter was dying of cancer. He was in hospice care at his home in lake country. I hadn’t seen him in twenty-five years. I had been his pastor once, at my second charge, a Dutch-immigrant congregation in the Niagara Peninsula. He and Janice were a star couple in that church, from two important families. She was beautiful and smart, an RN, intense and purposeful. He came from moderate wealth, was easy-going with less ambition; and always a good time in a group.

My wife and I loved them. I did their wedding and baptized their first child, and after I left that church they came to visit us in Hoboken. But eventually we lost touch.

Over the years they joined an Anglican church, had three more kids, and survived a marital glitch (his fault). Thirteen years ago tragedy struck: Janice was killed (murdered, actually) by a drunk driver. Peter recovered from his injuries, but was deeply wounded inside. He left his job, left his church, and drifted away from his friends and family, except for his kids. He moved to Toronto, found a new job, tried dating, and he’d follow her to church if she went there, but it never lasted.

A few years ago he got back in touch with me, and over the phone I’d offer him counsel. Then he met a woman he could love and be with. He bought a house near the Trent Canal, and a boat, and then, well, he got cancer, and bad.

When I arrived. Peter was sitting on the bed that he would die on. His partner was at work, but three of his kids were there with him. We talked. We remembered. I told his kids stories from the past. We laughed and cried, and we talked about their mother. I could see sudden glimpses of her in their body language. “Oh my, you said that just like Janice!”

Peter’s pain was very bad and he talked about suicide, Dutch style, but his kids were forbidding him to do it. We talked about his funeral, and why he should invite his family. We talked about God, and how hard he had found it to believe in anything.

And then he said it, “You’re my Dominee.” He said it with affection and, I think, a slight rebuke. I was the one pastor he had ever loved and connected with, and maybe I had abandoned him, and that’s why he had drifted. Without me in his life, how could he believe? Especially after Janice’s death? She was the stronger one spiritually, and he’d never had to believe on his own before.

Now that I was back, he could believe again. When finally I got up to anoint him, he clambered over and rose up into my arms to get my blessing.

My thoughts kept me company on the drive back (apart from looking for a chip wagon). Of course the Reformed tradition is not congenial to this—“the priesthood of all believers” and such, and the Lord Jesus did not “institute” the priesthood as a sign and seal of God’s covenantal promises, and my own ordination was not a sacrament.

I love the sacraments, and I have a very high view of them, but I don’t think of myself in sacramental terms. Yes, I am a Minister of Word and Sacrament, but when I pronounce the Words of Institution at the Supper, for example, I am doing that in Lutheran terms as a Minister of the Gospel, not in the “Hoc est corupus meum” terms of priesthood. I was not trained for the priesthood, and I’m not fully comfortable with it. But I think that for Peter I had been his priest.

No doubt chaplains experience this all the time. And chaplains have been included in the Reformed Church ministry from the beginning, although in Dutch Reformed history they were pretty much just pastors to their regiments and ships and orphanages. They led services and they preached.

Modern hospital chaplains are priestly for sure, but their work is short-term and site-specific, while my ambiguous experience of priesthood has come in long-term relationships, like with Peter. I imagine modern military chaplains are in between, but in the Reformed theology of office we regard their work (for better or worse) as a special case, or only incidental, and not definitive to the office of the Minister.

Last year I announced my coming retirement here in Brooklyn. One of our younger parents said to me, “This will be hard. You’re our family’s connection to God.” I was honored, of course, but again, a bit uncomfortable. The Reformed ideal is a congregation full of convinced and self-motivated active members, responsible for their own discipleship. Our Dutch Reformed ecclesiology holds that the office of the Minister is essential for the church, but we don’t extend that to individuals—that ministers are essential to the faith of individuals.

Does the Reformed theology of Office (which I espouse with conviction) do injustice to the need of some, or many, or even most people for priests? Or can there be some accommodation without losing our doctrines of Office?

We discussed this among my elders the other night, one of whom is that young parent. They all think it’s true and good that people want priests. One of the elders, who grew up in the thick Christian culture of Dutch Grand Rapids, suggested that this is particularly the case in the unchurched and even pagan culture of Park Slope, Brooklyn. In her growing up, there were so many people to connect her to God, like her Christian school teachers and her grandparents and her aunts and her uncles, that it hardly depended on the pastor.

I know that many of my congregants over the years have expected some measure of priesthood from me, in various ways according to their projections and transferences. Again, I mean by this something to be distinguished from my pastoring them. I mean my just being there, fully inhabiting my religion, but also, because of my ordination, available to them.

I can accept this, but it’s not what I was told to expect nor what I signed up for. I would have judged myself incompetent to take this on. I don’t mind carrying my own faith, but carrying the faith of others would seem too much. And there are plenty of church members in my successive charges that I have disliked enough that I can’t imagine connecting them to God. And then the weaknesses of my personality would be for many people a cause of disconnect from God. How good and evolved do we have to be as personalities to exercise this priesthood well, beyond a simple integrity?

“You’re my Dominee.” It has had a powerful effect on me, like I was being called. Who am I that I should be this? Who am I, that I should have such place in people’s lives? I think of the young Martin Luther shaking as he held the chalice. “Zeal for your house has consumed me.”

Am I not allowed to be an ordinary person, an ordinary Christian? Is this why I’ve never lost my discomfort at being called “Reverend?”

I’ll end by saying that it gives me great relief to believe that there will be no priesthood in the new heaven and earth.

Daniel Meeter is a retired pastor in the Reformed Church in America. He lives in New York's Hudson Valley.