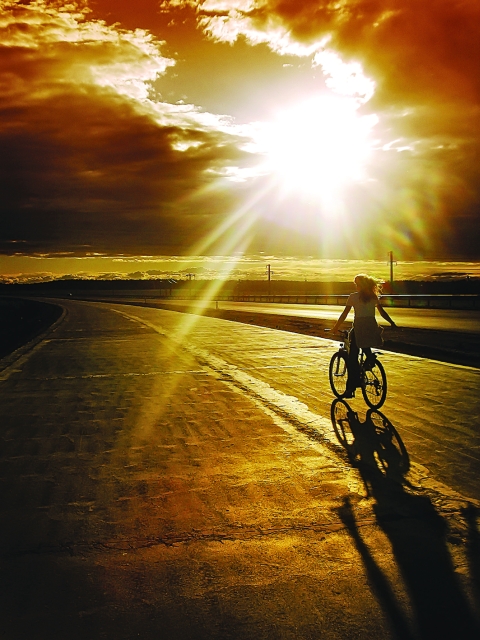 See! I am Doing a New Thing

A few months ago I was coaching a pastor who is also an artist. We meet once a month to work on her goals. My job is to ask her good questions to help her identify where she feels stuck, so she can choose life-giving ways to move forward with integrity and wholeheartedness.

In this session, she was telling me about a place in her life that she couldn’t get unstuck. We had exhausted all the details of her current reality: what was going on in the situation, what had brought her to that point, who else was involved and impacted, how she had contributed to the situation, everything. We were clear on the current reality.

So I asked her what her desired outcome would be. What did she want in this situation? What emerging future did she hope to see? She thought about it for a minute, without much energy. Even her body was sagging and her eyes looked down. She said something short and, frankly, not very compelling.

I knew there was more. So, on a whim I asked her, “how would you paint the future you want to see?” I mean, she’s an artist, right? That might help?

KABOOM! She lit up. Her body lifted, her eyes came up, her hands started waving wildly, and she described a detailed abstract painting of her future reality – the dream she wanted to move toward.

It was lovely, with a vibrant colour palette, soft strokes, and ordered, mathematical shapes. Then we talked about how she felt about that future, and she was clear about her emotions.

Next, we went back to talk about how she would paint her current reality, and she knew right away how she would do that. With dizzying circles and aggressive spirals ripping through, colours that were in tension with each other (like green and red), and a general lack of control.

Finally, we talked about how she could move from here to there – from her dizzying, stressful current reality, into the vibrant, ordered, contented future she dreamed might be possible. She was able to come up with clear, bold action steps.

At the beginning of a New Year, I wonder whether some of our most effective work is just to exercise our holy imagination. Statistics tell us that 80 percent of New Year’s resolutions fail by February. Even more sobering, the odds are 9 to 1 against us making change in our lives when we feel stuck or want to see some different future.

This often has to do with fear. Fear of change. Fear of the unknown. Sometimes it’s about comfort. We feel okay in our rut, why would we do something different and difficult? Sometimes we resist change because we’re tired, or we don’t know what to do next. We’re not clear on our next steps, so we stand still. All we want to do is rest. There are a lot of reasons for staying in our current reality. But there are a lot more reasons to move forward into the change that we know God desires for us, that will bless and benefit us and our world.

One of the best tools for getting unstuck and making change is imagination. And if you’re thinking you’re exempt from using this tool because you’re not very imaginative (or because imagination is for children), think again.

Imagination is a skill set we can practice and develop as adults and leaders. Actually, it’s important that we do. Because as human beings we usually need, psychologically, to picture things before we can do them. It’s how we’re wired!

Through the prophet Isaiah, God says, “Forget the former things, do not dwell on the past; see, I am doing a new thing! Now it springs up; do you not perceive it?” God knows that seeing something with our mind’s eye is often necessary for us before we can move forward into it. So, God goes on to describe the new reality into which the people were being invited to move…inviting them to imagine it so that they could live into it.

Something actually happens in the brain when we imagine a new reality. Studies show that the brain lights up similarly when we imagine something, to the way it lights up when we do the actual thing, and it creates serotonin and oxytocin. So we feel happy, capable and creative. Like the woman I was coaching suddenly came alive, and then she was able to generate creative ideas. We need to picture the future before we can move toward it.

Imagination is given to us by God to move us. It gets us unstuck, and we can take a step forward. In some ways, when we picture something or dream about it, our whole psychology starts to move toward this thing to achieve it. It becomes possible. Activist Arundhati Roy says, “Another world is not only possible, she is on her way. On a quiet day, I can hear her breathing.”

The start of a New Year is a good time to remember that another world really is possible. The dreams we dream are possible. The new things we’re afraid to try are possible. God is calling us into them. “See! I am doing a new thing! Now it springs up; do you not perceive it?” And sometimes all we need to do to get started is picture the new reality in our mind’s eye.

See it with your mind’s eye. Hear it breathing nearby. And know that you can live into it.