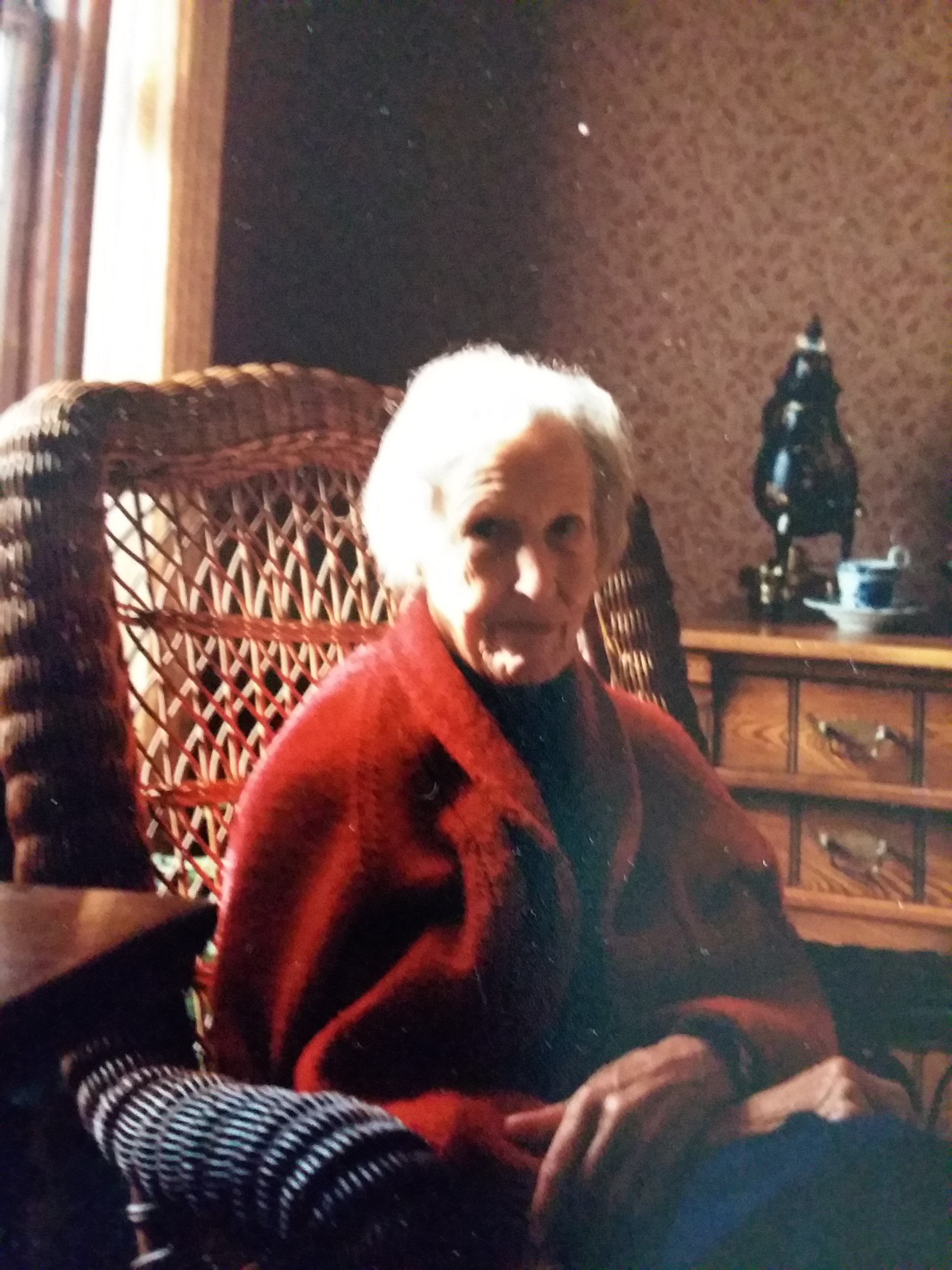 I was out of town on the day that my Grandma Gillespie died. As soon as I returned, I went to the funeral home and asked if I could sit with the body. The funeral director instructed me to wait because the body was not quite ready for viewing. After a few minutes, he returned and ushered me into a shadowed viewing room and left me before an open casket.

I sat alone with my Grandma for a long time. It is so hard to acknowledge the power of death. I looked at her, but her face was blank. I talked to her, but she did not answer. I touched her hand, but her skin was cold. Death seemed so final, so triumphant. My thoughts drifted away on a current of memories. I remembered her elaborate rituals of cleaning and how she exhausted herself trying to keep her house free from dirt. I saw her again slumped in her favorite chair with head in hand and eyes closed, and I heard her say, “I just have to take a moment and gather my nerves.”

I have often wondered what “gather my nerves” meant and where she actually was in such moments. Pondering it now after all these years, I realize that Grandma was struggling not only on the physical level with dirt but also on the spiritual level with the entropic powers of decay.

Her frenetic efforts were not equal to the task, and her cherished world was decaying around her. Would there be any reason for her to open her eyes, get up out of the chair, and resume the struggle? Would there ever be a time in which she would rise from this casket and enter the joy of her reward? Was there anyone coming to help her, anyone invested with power, vision, and strength of character to restore the luster to her fading world? Was there a Messiah for her?

In the early chapters of his gospel, Luke tells the story of Jesus’ spiritual anointing. He describes how the heavens opened just after his baptism by John and how the Holy Spirit descended upon him in bodily form like a dove. From that point on, Jesus lived, moved, and had his being in the Spirit. By the time he reached his hometown Nazareth, the report of his spiritual anointing and his healing power had spread far and wide. When he stood in the synagogue and unrolled the scroll, the people were already asking themselves whether this one could be at long last the promised Son of God, the Messiah.

Under these circumstances, Jesus’ reading the words, “the Spirit of the Lord is upon me, because he has anointed me” (Isaiah 61:1) ionized the atmosphere. After rolling up the scroll and returning to his seat, his statement struck like lightning: “Today this scripture has been fulfilled in your hearing” (Luke 4:21).

Jesus said, “Today!” The heavens had opened, the power of God had fallen on him, and the restoration had begun. He was bringing good news for the poor, release for the captives, sight for the blind, and freedom for the oppressed. The Old Testament passage that Jesus quoted went even farther and spoke of healing for the brokenhearted, comfort for those who mourn, a feast of gladness, and the restoration of the devastation of generations.

It will not do to recast Jesus’ promise of today into some distant tomorrow. Grandma was promised a foretaste of the feast to which we are all invited. It will not do to act as if there was never a first coming and to call us to wait for the second coming. The water was changed into wine, the bread was multiplied. Today!

When did the Messiah come to Grandma? Where was he?

Grandma loved glassware, fine china, and porcelain knick knacks. Having no money to buy what her heart desired, she enthusiastically collected cast offs from family and friends over the years. Pieces from the kitchen table of the old homestead, from her mother who died when she was very young, from Frank Baldwin who courted her mother and lost out for reasons never made quite clear to me, from her great aunts and cousins, and from old neighbors.

Every table in the living room and every flat surface including the TV displayed her treasures. Exotic shapes and forms. Glorious colors, every turn of the head was a turn of the kaleidoscope. A whole garden of flowers on teacups. And every treasure had a history that Grandma never tired of telling. Aunt Emma, Aunt Louise, Cousin Calley…I could not keep the names straight or their relationship to me.

Her treasures stood proudly over the years and glistened while the sun disintegrated the curtains in the windows behind them and bleached the stain in the tables under them. Unlike everything else in the house that spoke of obligation and demanded attention, they were free. They were free to be just what they were, beautiful, extravagant, and graceful.

In the southeast corner of her living room was Grandma’s favorite chair, shades of brown with a floral pattern worn over the years to near invisibility. I see her sitting in that chair and gathering her nerves. When I widen my gaze, I can see her sitting there surrounded by her treasures. Incarnations of moments of love and friendship. They are close at hand, watching over her and reminding her of beauty, family, and friends. Glassware, fine china, and porcelain knick knacks bringing good news to a poor one, binding up a broken heart, and freeing a prisoner.