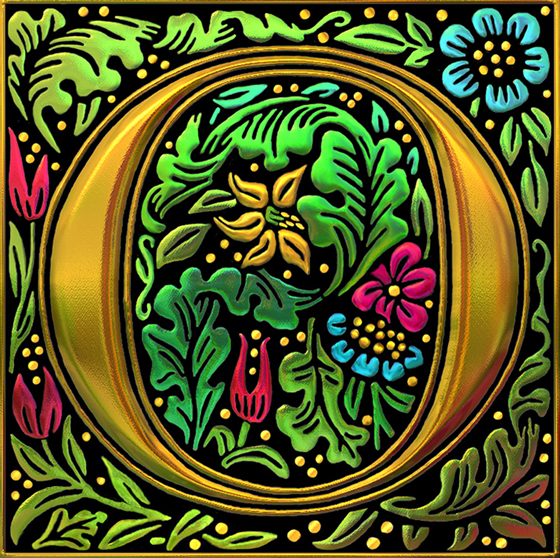 I love having talented friends.

Several weeks ago, my friend Bruce, who leads an artists’ collective I appreciate, told me they were publishing a book of meditations and visual art for Advent based on the “O Antiphons.”

Today is the day that the Christian community around the world will begin praying them, so I thought I’d make an introduction so that maybe they’d become a fruitful companion for you this Advent as well. (Shameless commercial: if you’re looking to engage the O Antiphons, Bellwether Arts’ beautiful little book is a great place to start).

The O Antiphons are an ancient set of prayers prayed over the seven days preceding Christmas Eve and Christmas. No one knows exactly who wrote them or when they came from, but we know that in some form, they’ve been used in Christian worship and prayer since the very early centuries of the Church. Even if you’re never heard of these prayers themselves, they’ll likely sound a bit familiar, as they were the lyrical basis for the hymn O Come, O Come Emmanuel. Here’s what I’m finding as I’m praying…

Praying the O Antiphons is reordering what I want and what I’m waiting for. We don’t talk like the O’s do anymore; in modern English usage, we don’t speak the vocative “O.” But these prayer — “O Wisdom! O Key of David! Come and save us!” — cultivate a holy impatience in me. And as they do, they’re rearranging my desires.

What I think I most want right now is the right break, trinkets beneath the tree, some karma to be visited upon those on my “naughty list,” or a vacation. The act of praying the O Antiphons reorders my depths and teaches me to long for the way of prudence, freedom for prisoners, light in darkness, rescue for myself and for all nations — to ache for the Kingdom.

Second, the Messianic titles in the O Antiphons, as they gather up and pray the story of the Hebrew Scriptures, and especially the holy poetry and symphonic prophecy of Isaiah, arrests me and shakes me awake to the One whose coming we celebrate on December 25.

I hear renditions of “What Child Is This?” on the radio all December long, sandwiched between “You’re A Mean One, Mr. Grinch” and “All I Want for Christmas Is You.” And I think that at least part of the reason many of my educated, skeptical friends and neighbors assume that one cannot take the story of Jesus any more seriously than one takes Frosty the Snowman in the 21st century is because of this inoculating phenomenon. But the O’s proclaim vividly just who this Child is who we celebrate at Christmas: Wisdom, the Root of Jesse, the Lord, the King of the nations, God-with-us.

One more thing. While reading up on the O Antiphons, I also discovered a spiritual wisdom in their construction. The first letter of each antiphon, from last to first, forms the acrostic “ERO CRAS,” which in the Latin from which they originated, translates to “Tomorrow, I will come.” Having voiced these prayers with their seven Messianic titles to God, the Lord Jesus, whose coming we prepare for in Advent, now speaks to us, “Tomorrow, I will come.” This Advent prayer to God becomes a Christmas answer from God.

Wisdom, coming forth from the mouth of the Most High,
reaching from one end to the other,
mightily and sweetly ordering all things:
Come and teach us the way of prudence.

O Adonai, and leader of the House of Israel,
who appeared to Moses in the fire of the burning bush
and gave him the law on Sinai:
Come and redeem us with an outstretched arm.

O Root of Jesse, standing as a sign among the peoples;
before you kings will shut their mouths,
to you the nations will make their prayer:
Come and deliver us, and delay no longer.

O Key of David and sceptre of the House of Israel;
you open and no one can shut;
you shut and no one can open:
Come and lead the prisoners from the prison house,
those who dwell in darkness and the shadow of death.

O Morning Star,
splendour of light eternal and sun of righteousness:
Come and enlighten those who dwell in darkness and the shadow of death.

O King of the nations, and their desire,
the cornerstone making both one:
Come and save the human race,
which you fashioned from clay.

O Emmanuel, our king and our lawgiver,
the hope of the nations and their Saviour:
Come and save us, O Lord our God.

“Tomorrow, I will come…”