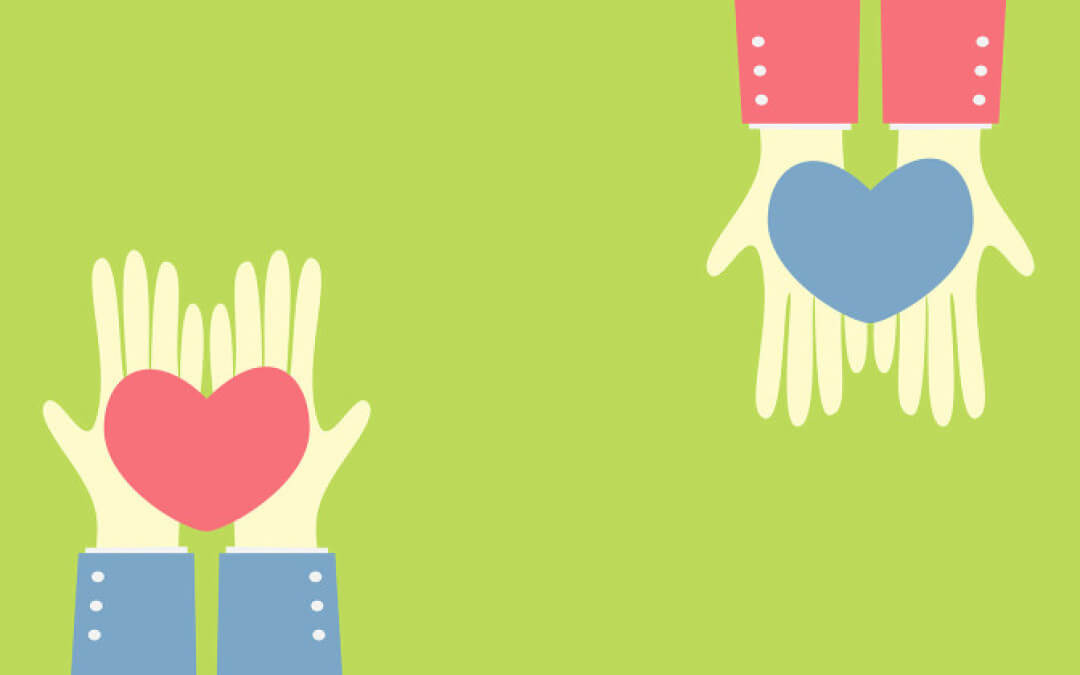 This story is true, but I have changed some details to protect identities, because revealing identities goes against the spirit of the story.

A while back, my company went under new management and it didn’t take long for me to feel like an endangered species. There was extraordinary budget pressure—we were losing money—and I could see that the new boss’s reorganization plan made my job redundant. I wasn’t the only one who could see it. Co-workers would ask, “How are you doing?” and “Has he said anything to you yet?”

There was also a young immigrant I knew who had finished a degree program at a school near me and received an OPT (Occupational Practical Training) extension on his visa to stay another year in the US while he applied to PhD programs. He was married with three beautiful children. They’d been guests in our home. We were rooting for them. Because of his OPT visa, my friend needed to get a job connected to his field of study. He couldn’t just start working at McDonalds or something like that. This complicated his job search. How he kept those kids fed while he searched is a bit of a mystery.

At last he shared the good news that he’d been offered a job which fit. The only problem was that it was 30 miles away from home, and he asked me to pray for him because his car, an import with 200,000 miles on it, had broken down.

When I heard that, I decided to do more than pray. The amount “$500” popped into my head. I decided I would give him $500 and went to his squalid apartment and asked what the situation with his car was. He told me that it was at a garage, and he’d been given a quote of $1600 to fix the car. While surprised, it made sense because he owned a really, really used version of an expensive car, and repairs would be costly.

A look of frustration passed over my friend’s face and he said, “Don’t pay any attention to him, he doesn’t know what he’s talking about,” but I had a strong feeling the boy had overheard his mother and father talking and knew exactly what he was talking about.

“You need the car to get to work,” I said, reasoning out loud. “You need to work to feed these children.” I paused and then said something I didn’t plan on saying. “Call the garage and get your car fixed. I will get you $1600.”

I wasn’t sure how I was going to do that. I had never given that amount of money away at one time in my life. And there is no tax credit or benefit giving money this way. This truly was only giving.

I went home and told my spouse, who had the normal spousal reaction of “Are you nuts?!?!” I thought about asking some others to help, but the more I thought and prayed about it, the more I felt like I was just supposed to give him $1600. I told my spouse what I felt and my spouse said, “You’re very generous,” and didn’t threaten to divorce me, which felt like an affirmation. I wrote the check and asked my friend to come to my office in the morning.

He did. I gave him the money. The exact moment he left my office—and here I am not exaggerating—it wasn’t five minutes later, it was exactly as he left my office—my boss stuck his head in. “Can we talk?” Without warning, of all days, today was the day. “I want to talk about something awkward,” he said, and suddenly the long-awaited moment arrived. It didn’t take long for the ax to fall. “I’m sure you can see that we don’t need your position in our new structure.” Chop. I tried hard to sit as passively as I could and just listen and not react. “You’ll be offered a severance package so you can land on your feet.”

Well…crap. That was that. The good thing was that weeks of uncertainty were suddenly clarified. The bad thing was that I was unemployed. And I had just given $1600 away. Whoops. How in the world was I going to explain this to my spouse? Yikes.

While I was still absorbing it, my boss said, “We’re offering you severance because you should have the ability to walk away. But I hope you won’t take the severance. I’ve got something else in mind.” And then he went on to say some very nice things about the value I brought to our company and that he was going to create a new position for me that he hoped I would accept. I was stunned. Everything was going to be okay. I looked at my hands and saw they were trembling. I couldn’t believe it. My spouse wouldn’t disown me. I thanked my boss. I thanked God. I breathed a lot of deep breaths.

What do you make of the timing of those events?

Isn’t it amazing that I decided to be generous in a small (but big for me) way and then had something happen that was generous to me in a huge way? I can’t get over that. But I tell this story not to suggest that there is some kind of quid pro quo (to coin a phrase) with God. Being generous with little things doesn’t force God to be generous with big things. We can’t control and manipulate God. And I don’t want to suggest a cliché like “You can’t out give God.”

Yet, in my experience, generosity begets generosity.

And so I simply want to say, “Always choose generosity.” It’s a better way to live. Even if I had lost my job, I still had a lot more than $200 to my name and needed to help my friend. I am blessed beyond measure.

I don’t have any great pitch for why you should give here or there. Others will make that case. I just want to say “choose generosity.” It truly is a happier way to live.

One of our long time readers offered this story and asked for anonymity. Here at The Twelve, we hope you will choose generosity
and support us financially with a gift.
Please click on the blue “Donate” button to do so.
Thank you!
Thanks, also, to our reader for sharing this with us.