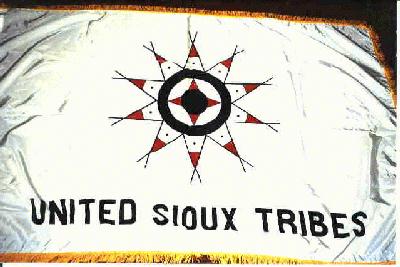 The Question She Asked Me

The Question She Asked Me

“So what’s the story of the Sioux?” she asks me.

The question comes whistling out of the blue, or so it seems, and catches me off guard. “What do you mean?” I say.

“I mean, I see the name all over the place—Sioux Falls, Sioux Center, Sioux City, Sioux County…so where are they? I don’t see many Sioux here. Where’d they all go?” 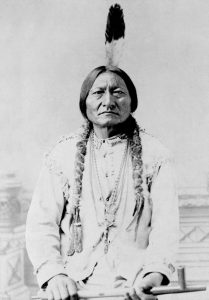 I look down at my coffee and hastily scour the file cabinets of my memory. Surely I learned something about the story of Sioux Native Americans in grade school. I grew up in a town a couple counties away, far enough east out of the “Sioux pocket.” But the Little Sioux River cuts right through my hometown. Didn’t I do a report on Sitting Bull when I was in the fifth grade? I vaguely remember it—drew a picture of him. Wasn’t he a Sioux?

I look up and blink, both intrigued by her question and embarrassed by my ignorance. “To be honest, I don’t know.” I say. “I feel like I should know. I’ve only been back here for two months now, but I grew up in this region. That’s a story I need to know.”

She is a prophetic presence, my friend and beloved sister in the Lord. She’s visiting for the week, bouncing between Orange City and Sioux Center, hitting the preaching circuit and leading conversations on racial reconciliation. We’ve known each other for a while, were fellow pastors in Holland, Michigan. My church on the north side, hers on the south side in the core of the city.

One of the ways she leans into her prophetic calling so well is through her curiosity. She asks questions that poke and pester and nibble like these pesky black flies that are all over the place. Questions she suspects not enough people are asking. Questions like: “What happened to the Sioux?”

She goes on to tell me about a story she read that morning in one of the regional newspapers. It was about a Native American who had been arrested for armed robbery at the Crown Casino in Sioux Falls. “Do these kinds of stories make the newspaper often?” she asks. “Is this the only kind of story that gets told about Native Americans here? Like, what about when a new chief is named or a class graduates from high school and students go off to college? Do those stories make the newspaper too?”

“I wonder if one place to begin a ministry of reconciliation in this region,” she says, “is to name the hidden wound of what happened to the Sioux people. And where they are now. The hidden wound that remains beneath the good soil of this place. What does it mean to give a place a name that is now empty of the people whose name it bears? A place that has forgotten their story?” 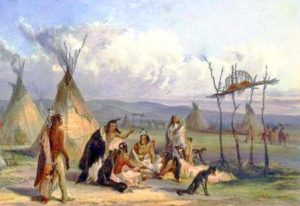 We talk some more about the power of narratives—the way the stories we tell about ourselves and “the other” perpetuate stereotypes and mask privilege and create a barrier to truth and healing and reconciliation. Then the conversation turns to other things—ministry, family, how it goes with our soul.

She boards a plane a couple days later to return home, but these questions, that conversation, it won’t leave me alone. That was two weeks ago. It’s still haunting me.

Where does one begin, particularly a person of privilege like myself, with daring to address the “hidden wound” (to borrow Wendell Berry’s phrase)? Had my friend not probed, I’m not sure I would even be asking the question, “What happened to the Sioux?” And engaging the hidden wound is difficult for so many of us who are part of the dominant race because we get trapped in “white guilt,” stuck in a quagmire of shame. It’s also difficult because I’m not even sure how to engage the conversation, not fully aware of the lens of privilege I bring to it and the way I frame it. I don’t know what I don’t know.

But maybe the place to begin is where my friend began: with questions. And curiosity. It takes courage and humility to raise a question like this and be willing to stay with it long enough, through the discomfort and the shame, until it opens something up or, even better, opens us up and moves us to action. 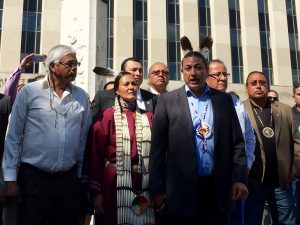 And maybe is also begins with narrative. The narratives we hold and that, in turn, hold us. Stories are stubborn things. “Nobody would have thought of objecting to the retelling of a well-known story,” writes Wendell Berry. But we must. The work of reconciliation begins with owning these false narratives and having the courage to object to them. To be open to other narratives. Narratives that arise from the voices of those about whom the story is being told.

It seems small, but I went to the local library the other day to search for books about the Sioux Nation and especially for history written by Native Americans themselves. The selection was thin (which also says something), but I came walking out with a small armful of books I’m eager to read.

There’s so much that is unclear to me about what I can do, but this seems like as a good a place as any to start: with some questions, a humble curiosity, and an openness to a different story, even when that story is hard to hear.

*This post is dedicated to the Rev. Dr. Denise Kingdom Grier, the lead pastor of Maple Avenue Ministries in Holland, Michigan.  Thank you for your friendship, Denise, and for the way you continue to teach and challenge me.