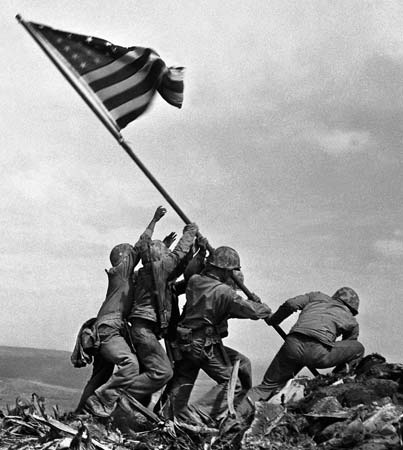 Why Do We Love World War II?

Why Do We Love World War II?

When I am in one of those conversations with a stranger who is trying to make small talk, I am typically asked two things. How tall are you? And, when they find out I am a historian, I get a question about the Civil War or Hitler.

The former question vaguely irritates me, as I cannot say much on the subject of my height as I have little control over it except for my posture and heel height. No, my parents did not put fertilizer in my shoes. Yes, my family members are above average height partially due to our Dutch heritage and partially due to good nutrition. I once had a dentist ask me my height while I was reclined in the dental examination chair. He didn’t believe me, and made me stand up to show him that I was telling the truth. Rather awkward, especially when wearing one of those dental bibs.

Anyway, the latter question people typically ask is concerning my career. I try to avoid saying that I am a historian. It isn’t that I am ashamed of my profession. Quite the opposite, as I am full of nerdy satisfaction. The problem is that when people find out what I do, they ask me about the U.S. Civil War or Hitler and World War II. I find the Civil War to be a significant and interesting topic in U.S. history, but I would not consider myself a “Civil War buff.” In the words of Tony Horowitz, who wrote a book about Civil War re-enactors called Confederates in the Attic: Dispatches from the Unfinished Civil War, I would be a farby re-enactor. I know a great deal about the Civil War, but am more interested in the larger political, social, cultural, and economic causes and effects than specific military strategy and garb. So chances are pretty good you could stump me on a Civil War minutiae question.

As for the questions about World War II and Hitler, I am consistently reminded of the number of Americans that are fascinated by these topics. When I teach the U.S. history survey course, WWII is one of the top subjects that students say they want to learn more about. One of my colleagues teaches a popular seminar entitled Nazi Germany and the Shoah every year by popular demand. WWII continually appears as a topic in popular culture through books, tv shows, and films. To be fair, there are also plenty of Civil War films, tv shows, and books. The American Civil War is its own cottage industry with battle sites, regalia, re-enactments, museums, battlefields, etc. In my opinion, WWII is a little more popular in mainstream America because of its global consequences and its 20th century appeal. For mainstream popular culture, the problem with the Civil War is that it is less visually attractive. Mutton chops and beards for men (who really thinks Ryan Gosling, Bradley Cooper, or George Clooney look better as a Civil War solider?), hoop skirts and corsets with lace for women, along with Victorian rules of etiquette, and dysentery make the Civil War much less sexy. World War II, on the other hand, is considered by most mainstream America as cool and retro. Men and women look more similar to today, and play by many of the same rules in society. WWII is more accessible and a world we can better imagine, with planes and cars and machines and lipstick. In fact, I recently had a discussion with my colleague who teaches the Nazi Germany course about the fashion sense of the Nazi party. They looked so sharp, clean, and in charge. And popular culture has noticed. The new Star Wars film includes a scene very reminiscent of The Triumph of the Will (a 2315 Nazi propaganda film by Leni Riefenstahl of Hitler at the Nuremberg Ralley). In fact, the Star Wars franchise showcases the Empire (and First Order) in uniforms strikingly similar to the Nazis. It seems that nowadays the Nazi uniform is a visual code for organized evil and Americans understand this visual code and want to see more. 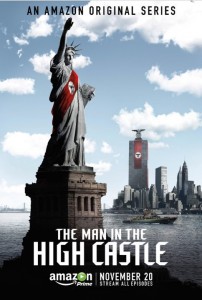 I recently watched the Amazon series, “The Man in the High Castle,” a dystopic look at the US in the 1960s in a world where the US lost WWII. Nazi Germany controls most of the eastern and middle part of the U.S. while Japan’s empire stretches across the western coast with a neutral zone along the Rockies. The first season was intriguing, but I am waiting to see how the series develops. Still, its popularity demonstrates the continual cultural power of WWII for many Americans.

Why are Americans fascinated by World War II? I suspect it has a lot to do with the fact that we were the clear winners. The Nazis and the Japanese were the clear enemies, and we beat them, in the eyes of many Americans. The wars we’ve fought since WWII, Korea, Vietnam, Persian Gulf, and the current War on Terror have less clear enemies, vague alliances, and very unclear winners. In light of Cold War foreign policy and the fall of communism and the rise of terrorism, Americans seem to exhibit a sense of nostalgia for the “good ol’ days” when Americans went to war with other nation-states, fought and lost their lives, but won and saved the world for democracy.

Clear winners, clear losers, and clear lessons. That’s what Americans want. Neat and tidy stories with good guys, bad guys and resolution. A black and white world is so much easier to live in than a world filled with shades of grey.