The Long Journey Home is the most recent collection of the short fiction of Lawrence Dorr, who contributed to Perspectives and The Reformed Journal for so long his contributions are older than most of those who pick up the magazine. Even though few may ever read him, more should (pardon my moralizing). He is one of our finest Christian writers.

Lately, I’ve been going through his last collection, story by story, because he was an excellent fiction writer with an incredible personal story. What’s more, he was a wonderful human being.

The third story in The Long Journey Home, “Stress Test,” feels like a sketch, but then most of his stories do.  A refugee soldier comes to America, in part because he has no home to which he can return after the Second World War. This man is all over in Lawrence Dorr’s stories because this man, quite frankly, is Lawrence Dorr, a man bearing a painful past from a war that never ends in his mind’s echo chamber. America was once something of a dream to him, but when he gets here he discovers, as everyone does, that streets are not paved with gold in a land of milk and honey.

Not that he’s disillusioned or that America has been harlot–that’s not the nature of his suffering. His heartache rises from a soul still terrorized by suffering; the heartache is there because some bloody images never fully disappear.

He is a victim of PTSD, clinically stated; but neither the refugee nor Door ever touches the words. Events occur in his life–sitting in doctor’s office, waiting–that remind him suddenly of events in a past never quite eclipsed by time or circumstance, like waiting in a similarly small space for the beating his Russian interrogators will give him. In a moment he hadn’t anticipated, he’s right back to the horror.

“Stress Test” takes place many years removed from 1946. The refugee soldier is an old man with enough atrial fibrillation to have him thinking, maybe for the first time in years, of his own death. Irregular rhythms have him stressed out. However, the doctor assures him that what he feels in his chest is neither abnormal nor particularly dangerous. End of story.  That’s the whole thing.

Like Hemingway, to whom he is often compared, Lawrence Dorr’s stories are heavy-laden icebergs with a whole lot more beneath the surface.

Much of “Stress Test” is that office visit, closely described from the interior of a mind burdened by history and even present circumstance because life in America, 21st century, is a sometimes burden to someone who takes his faith so seriously. The refugee, probably like Janos himself, is clearly tired of endless caricature of Christianity and Christians, he says.

He longed for a country of his own, where Christians weren’t ridiculed on university campuses and superstitious Yahoos because they loved God, where his brethren would not be characterized in mainstream literature, in films and on TV shows as narrow, hypocritical, money-grubbing people whose intellectual integrity was always suspect.

That assertion is followed by the memory of a circumcision ritual to which he’d long ago been invited, where a rabbi explained to those who gathered that the ritual was “a symbol of the covenant between God and His people, a witness to an act that was initiated by God, not man.” His own distaste for the way Christians are portrayed in America reminds him of the grand seriousness that real believers offer as worship and tribute to a God who is real–and who is God.

Nearly home, he passes a steel building the Baptists, he says, turned into a church and embellished with a sturdy brick facade. “The same love of God that build Chartres Cathedral,” he tells himself, “had placed this steel structure–manufactured to store feed and fertilizer–in the middle of a wooded lot and surrounded it with flowering bushes.” 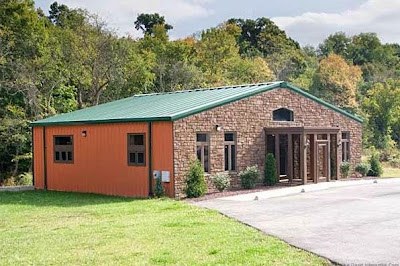 Thus, the Baptists across the street, far removed from one of France’s most-prized Cathedral, remind him of the seriousness of spiritual commitment among those who confess His name.

Long ago somewhere along the line, I was taught that stories often contain two climaxes. One of them is called “technical,” the moment in the story when it’s clear that the conflict is over; the other is “dramatic,” the high point of drama within a narrative. They’re not always the same moment.

One of the characteristics of the early stories in The Long Journey Home is the seeming absence of any climax, technical or dramatic. The stories feel like sketches–no car chase, no imperiled damsel on a railroad track; even what description the refugee gives of his torture is at best a outline summary. It’s not hard to feel as if nothing really happens in a Lawrence Dorr story.

Including faith. There’s no kumbaya, no wrestling with God, no great sweat-like-blood turning point. But what’s always, always there–in “Stress Test” too–is God almighty. He’s there in the Baptist bricks across the road, even though, as the refugee says, “this miracle of devotion would not be reported.”

Such miracles in a bellicose religious age may seem painfully slight, which is why you might wonder what happened in “Stress Test,” if anything did.

But God is always there in Dorr’s world. That he is the refugee’s personal savior goes without question, but that the refugee would ever use that language seems unlikely because the Almighty is so much greater than someone we dial-up when our hearts go off-rhythm.

The refugee narrator says he had to see the Grand Canyon to believe the place, “this immensity that could not be captured in its entirety by the powers of art or any optical device.” Then, “This was also true of the Far County he barely knew beyond a few short descriptions that had excited his imagination with its endless possibilities.”

That’s eternity. He’s talking about eternity. You might have missed it.

Don’t expect high drama in Lawrence Dorr. Don’t expect mountain-top experience. But know–as does the refugee, even if he occasionally forgets–that God is simply always there. Make no mistake about that. We don’t live in a world without God.

You just need to remember that the facade on the Baptists’ steel building across the street turns the place into just another Chartres Cathedral, laid brick by brick by those who love the Lord.

Lawrence Dorr suggests that realization will calm your heart’s unsteady rhythm and bring peace to your soul.

It’s a story he’s been telling for decades.

Lawrence Dorr, whose real name was  Janos Zsigmond Shoemyen, died in December of 2014. He was 93 years old at the time of his own last journey home.