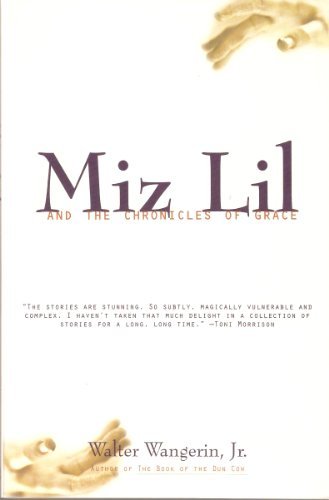 James Russell Lowell, who stood grandly among the literary luminaries of the mid-19th century, created a darling series of thumbnail sketches featuring his rival poets, novelists, and essayists, writers who have, since his time, often and significantly surpassed Lowell himself in reputation. “A Fable for Critics,” is Lowell’s own compendium of criticism, seasoned respectfully.

Interestingly, he takes a shot at his own work, with a self-assessment that is interesting and probably not inaccurate. “There is Lowell, who’s striving Parnassus to climb,” he writes, “With a whole bale of isms tied together with rhyme,” a bundle he lugs along, he says, so heavily that “the top of the hill he will ne’er come nigh reaching.” What Lowell believes about himself (but is apparently incapable of dumping) is a too-dogged commitment to ideology; he knows that great writing can’t attain Parnassus-level height if it’s too blame full of “isms.” What he needs to learn, he tells us and himself, is “the distinction ‘twixt singing and preaching.”

Traditionally, something there is about art that won’t hug a pulpit. Preaching and singing are two entirely different rhetorical characteristics of the way we worship; but preaching and art are even more dissimilar. Art suggests, it entices, it begs our participation in process; art shows us a world, asks us the questions that, grandly enough, have no clear answers—and takes great joy in doing just that. Art wonders; sermons try not to. Singing—music itself—raises us to levels that some might call and some have called eternal; preaching pushes us to think in the clear and profound and well-marked avenues of ideas. Preaching argues; art dances. Preaching is a pointer finger; art is entirely in the eyebrows.

Throughout his writing life, Walter Wangerin, Jr., has been something of a misfit. He was, professionally, a preacher, a stemwinder in fact, the kind of preacher some folks where I live might call “a pulpiteer,” Anyone who’s ever heard him preach or speak knows that only a dullard or drinker could nod off in a pew or folding chair. Pastor Walt Wangerin can hold an audience or a congregation as fully as a maestro can direct an orchestra.

But he’s also an artist, an accomplished novelist, poet, dramatist, and storyteller. In fact, it’s fair to say of Walter Wangerin that he is both preacher and singer because his preaching is singing; in fact, his preaching is singing even though his singing is preaching. If that statement seems confounding, it’s because, like Lowell, we frequently find it impossible to bring the two together in any fashion whatsoever. Somehow, Walt Wangerin did and does and will continue to, long as God gives him breath.

I heard Walt hold forth before I ever read him.  It was the early 80s, at a writing conference at Concordia (WI), which happens to have been one of his own alma maters back when he was a boy and it was a preparatory seminary.  Wangerin was and is a presence, and his plenary session, as I remember, walked a line between deep appreciation for his Concordia past and steep antipathy for the difficulties many kids face when thrown too innocently into boarding school life.

But when sometime later I read Miz Lil &amp; The Chronicles of Grace I shivered, so sure I was that what I was reading was what I wanted to create, what I wanted to be–a writer, an artist, who was, in fact, a preacher, someone who could craft whole worlds and not reneg in the least on the bounty of grace that empowers that vision.  I remember putting that collection of tales up in my study library in a place where it would not be lost–it was that important.

There was perhaps more to my deep regard for Miz Lil than craft; there was also his continuing use of a coming-of-age motif in that collection of “chronicles,” the fact that just about every narrative features him learning something very important, whether he was a kid on his way to school or a young preacher on the tough streets of an inner city it took more than a few scrapes for him to understand.

Even though I was well into my thirties, I was myself coming of age–new father, new writer, new college prof.

Coming-of-age stories are bountiful because we all have them  stored away in our closets, moments when suddenly the world becomes something other than it always has been.  Some writers I know claim that each of us has only story really–that story of the time we learned something that catapulted us into adulthood, from innocence to experience.

In the 80s I was feeling my way through visions of what I would become as a writer, a Christian writer, and Walter Wangerin’s Miz Lil was by far the most memorable text in my writing education.  Here was someone who could do it all–who could write absolutely captivating paragraphs about spittin’ tobacco and never once shy away from the love and grace that illuminated his vision and his world.

What Wangerin insists on in his stories is what he calls “edification.” Here he is in an essay in another from collection of shorter works, Ragman, an essay titled “Edification/Demolition.”

Walt believes the stories he tells create or destroy, edify or demolish; and our mutual responsibility as believers is created from the conviction that those we meet, all of them, regardless of circumstance or color or station in life, are made, “each of them, in his own image.”  For years, in my classes, I’ve told students that to me at least, being a Christian and a writer means being a prophet of hope, just a variation on a Wangerin theme.

This morning’s thanks is for an old book I’ve just read, lovingly, again.  Way back when, Walt Wangerin modeled what it meant to be both a believer and a writer. Soon, now, Miz Lil will go back in the stacks and find a place on a brand new shelf of books in my own brand new study.  But I’ll always know where it is.