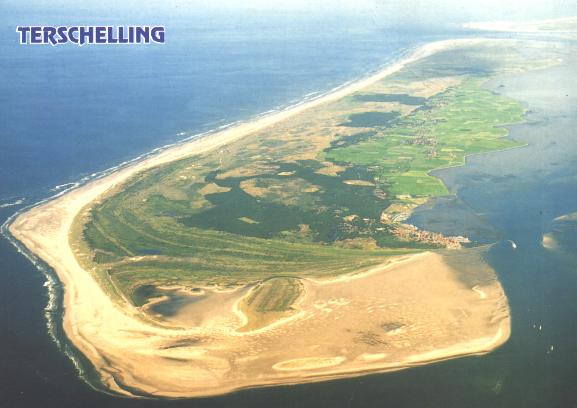 Once upon a time, the Schaap family lived here–the island of Terschelling, one of a small chain of islands off the northwest corner of the country of the Netherlands.  Cornelius C. Schaap may well have been a farmer, one of hundreds in that eastern, mint green belly of the island, the side that faces the Netherlands, not sandy beach that swallows the pounding waves of the North Sea.

He might have been a seaman, too, because tons of Terschelling men were likely sailors of some type or another.  For a century at least, Holland ruled the high seas.

He might have been a scavenger too, a beachcomber.  I’m always taken with that possibility because I’ve done more than my share of beach walking along Lake Michigan, hoping to uncover some treasure washed up by the waves of a storm.

Some Terschelling-ers made a livelihood from beachcombing, because shipwrecks on the North Sea coasts weren’t all that rare. Those massive beaches daily offered up something, sometimes treasures.

An old great aunt of mine, the only relative from the Netherlands I ever met, told me that my Great-grandpa Schaap left the island and Holland itself because he was a separatist, a man whose fiercely conservative religion put him on the outs with what was, back then, the state church.  He wanted to worship God in a fashion he thought pure, so he and others like him left for America.  It was 1868, two years after the American Civil War.

C. C. Schaap, his wife Neeltje, and family first put down American roots in German Valley, IL, amidst a sea of German people. That made little sense to me, until some researcher explained that Grandpa C. C. was part of a group who’d followed the advice of a secretary who was also a separatist and who’d come to the island from a region of the Netherlands close to the German border.  She knew others who’d already come to America–or were coming; and those people shared the same tough Calvinist religion, even though they may not have shared a cultural or national heritage.

But several years ago, my sister told me that she’d discovered a burial stone at some Terschelling museum.  There it was, sitting in the back, off the beaten path.  It marked nothing but time and seemed quite useless.

But it was inscribed with our Great-grandparents name, and that’s how we discovered–although other genealogists told me a similar story–that there may have been other reasons to start over in a new country, reasons other than their strict religion. 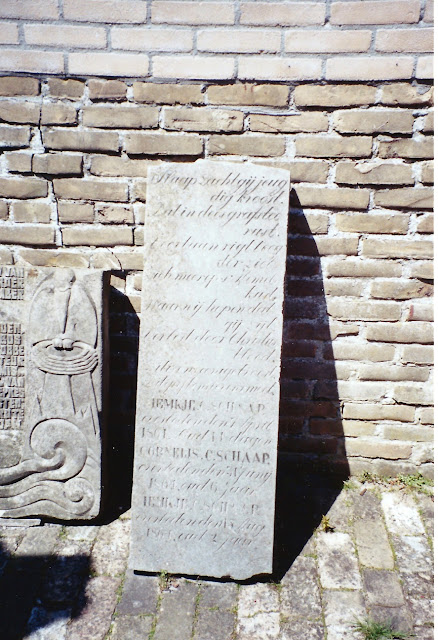 And this is the inscription–in English, of course:

Who lie here within the grave

And rest in heaven’s peace.

We hope that you are close to God,

This is our only peace;

It gives us our will to live.

And then the names of the deceased:

I didn’t know my great-grandparents had suffered the loss of three children before they’d left the island of Terschelling.  It’s a story lost from whatever tatters of oral history is still extant.

I’m not unaware that losing children was something that happened far more often a century and more ago, but I had no idea that all of this had happened before they embarked on a new life in a new land. Two of them–a six-year-old and a two-year-old–died in a span of 16 days, and we know from family records that sister Marie was born on August 2, 1864, in the very heart and heat of all that sadness.

You can’t help but wonder whether all of that death created a desire to leave the home that likely would not stop whispering its own sad history.

The Schaap family left German Valley, north central Illinois, for Parkersburg, Iowa, sometime in the 70s, I’d guess; and then, when even cheaper land beckoned, they kept going, first to Orange City, and then into the brand new state of South Dakota, where they took up farming life near Harrison, Charles Mix County, a half day’s ride from the Big Muddy.  By then, my grandfather, the little guy below, had been born, an American baby. 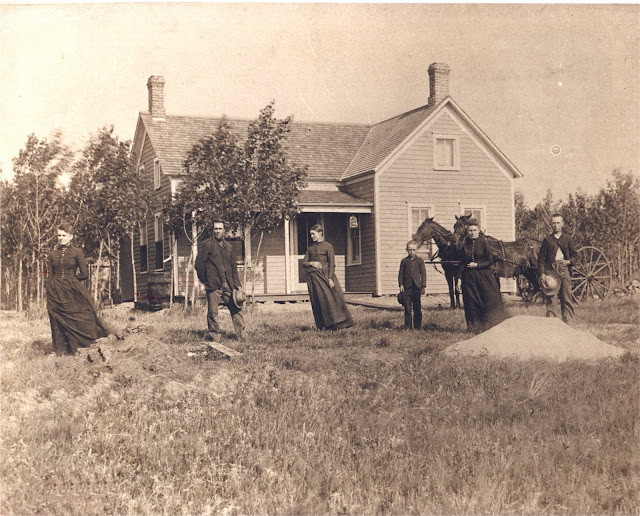 Here these Hollanders stand as if they’d just conquered the Great American Desert and thereby won the west, everything they owned–horses, even a canary–out front on the portrait to let relatives back home know everything the new world promised was good as gold.

Two drought years followed, and then the unrest of the Lakota–the Ghost Dance and the Massacre at Wounded Knee–likely scared them badly; so they left, just as literally thousands of others who tried the Dakotas, hightailed it for landscape less demanding and fearful.

Sometimes I wonder if any of that is important. Why do I find it all so interesting?  Why would I like to have known these people, heard their stories, listened to their prayers?  What are these people to me anyway, pray tell?

There’s no convincing answer, I suppose, but the one I can’t help but feel somehow, even here at my writing desk with three computers surrounding me and Dvorak on my iPod.  I’m ages away from a homestead.  No one in my family has had horses since C. C. and Neeltje, I’m sure, not to mention a canary.

What do these folks have to do with me?  Why should I care?

I don’t have the final answer to that question, but somehow that I know things about their sadness and about their joy makes my own life and its considerable vicissitudes nothing more or less than, well, ordinary.

And that’s good.  Their lives are quite reason enough not to be afraid.  “It gives the will to live,” that old cemetery stone says.