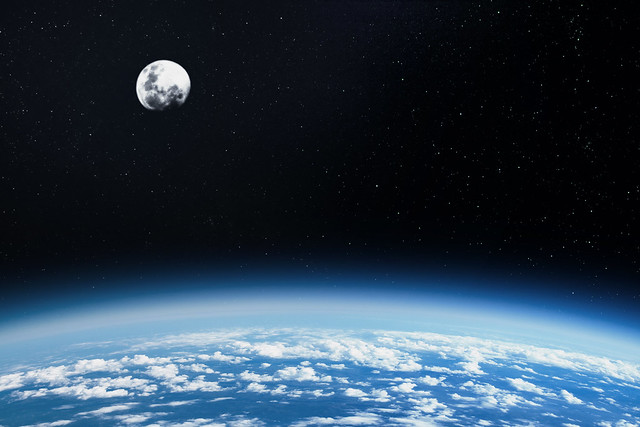 When my master’s program was over, I wasn’t enamored with graduate school, and I rather missed the high-maintenance life of a high school teacher. My chances of getting a college teaching job right then were slim and none, so I signed up for an interview with the Glendale (AZ) high school district when the employment office at the university notified students they were interviewing.

Maybe I wasn’t as hungry for a job as some might have been. As I remember, at that time I could have come back to the Midwest and taken a job in a Christian high school–I already had an offer. But I’d always wanted to teach in a big city high school full of kids of all the colors of the rainbow. So I signed up.

There was a table between us–that’s all I remember of where the interview took place; but I’ll never forget the first question this silver-haired administrator-looking guy asked. He looked at me, nodded his head as if maybe I’d already passed the first quiz, and then said, “If you had just one sentence to define yourself, what would you say?”

I wasn’t then, nor am I now a believer given to pious chatter. No matter. I had no idea how to answer, and I’m political enough–aren’t we all?–to want to put the best foot forward; but I didn’t know what he wanted me to say and I had really no answer except the one I had long ago recited, the answer to the first question of the catechism I’d learned as a kid, the only answer I really knew and honestly believed, the only one I knew, as we say, “by heart.”

So that’s the answer I gave this guy, a super at one of Glendale’s high schools. I’m being dead-on truthful here, and the truth is, I couched that answer with something of an apology: “I guess I’d fall back on what I learned as a kid,” I told him, “that ‘I am not my own, but belong to my faithful savior Jesus Christ.'” That’s exactly what I said. One sentence.

This man I’d never seen before looked at me and said, “You’re hired.”

I’m not making this up. It truly happened. Fastest interview I’d ever had.

He was himself an evangelical Christian. There were, he told me later, other exigencies He wanted a male, because I joined a department that had only two others, of twenty English faculty. He wanted an M. A., which I’d just completed. He wanted an experienced teacher, and I’d taught well in rural Wisconsin before starting graduate school. Everything lined up, and I won the job–I swear it–with the first q and a of the Heidelberg Catechism.

Last Sunday night, lots of Orange City folks got together for a combined worship that had, at its core, a celebration of the 450th anniversary of the Heidelberg Catechism. It was a raucous affair that just about lifted the roof of that old sanctuary. ‘Twas a blessing.

The sermon’s subject?–Lords Day 1: “What is my only comfort?”

I know that one.

Believe me, I could tell more stories about Lords Day 1, stories of comfort and joy–and I have. But this morning, my morning thanks is this: I’m thankful to have been a part of lively worship last Sunday night; but even more, I’m honestly and deeply thankful to be a part of a faith tradition in which my belonging to my faithful Savior, Jesus Christ, is, in fact, “my only comfort.”

I think that’s a grand and glorious place to begin.